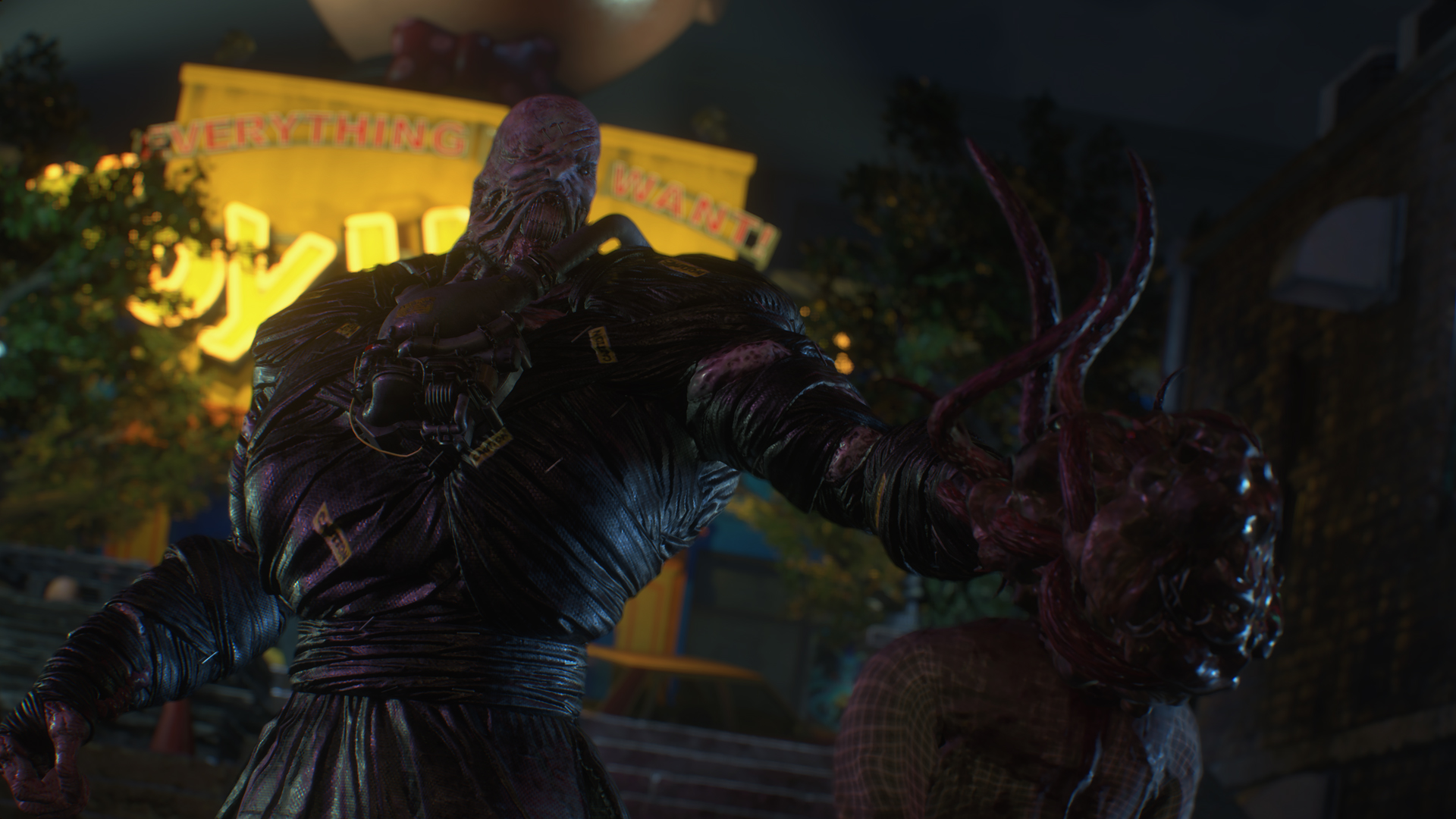 The final fight against Nemesis in Resident Evil 3 is unlike all the previous fights. Overcoming Nemesis’ final form is going to take a lot of timing, some interaction with the environment, and a massive gun.

The last fight against Nemesis, also known as the Nemesis final form, takes place at the very conclusion of the Resident Evil 3 campaign. This fight is all about popping some grotesque sacks, restoring power, and using a massive railgun to annihilate Nemesis once and for all (maybe).

This will be the final time you fight Nemesis in Resident Evil 3. The previous times, Nemesis was quite mobile but that’s all changed. In this final fight, Nemesis stays in the one spot and it’s up to you to move out of the way of its attacks.

At the start of the fight, immediately turn around and activate the railgun. Grab it and fire a shot at Nemesis – it doesn’t matter where. Once this small scene is over, you will need to go around the room and insert the power cores. It’s here that the fight will become more difficult.

Nemesis will grow some pustules on it, these are its weakpoints. Destroy all the pustules you can see using whatever means necessary – the Lightning Hawk Magnum makes short work of them as does a fully-upgraded G19 Handgun.

Position yourself on the left-hand side of the room when destroying the last sack. This will cause Nemesis to fall down and become stunned. Immediately begin inserting the first power canister that is sticking out, it will appear red. Once it is in, run to the opposite side of the room and insert the next one. You should have just enough time to insert two before Nemesis recovers.

From here, destroy the next salvo of pustules and insert the last power canister. If you can’t get the power back on yet, destroy another round of sacks. Nemesis will attack you as you’re trying to plug in the power if you do not pop the sacks and on higher difficulties, this can mean an instant death.

When the power is back on, run back to the railgun. Grab the gun, fire a round, and then walk up to Nemesis’ head. When prompted, fire the last shot to obliterate Nemesis for the last time.

Now that you know how to beat Nemesis final form boss fight, you can complete Resident Evil 3 and move on to the next playthrough! Check out the Shacknews Resident Evil 3 guide for more tips and collectible locations.