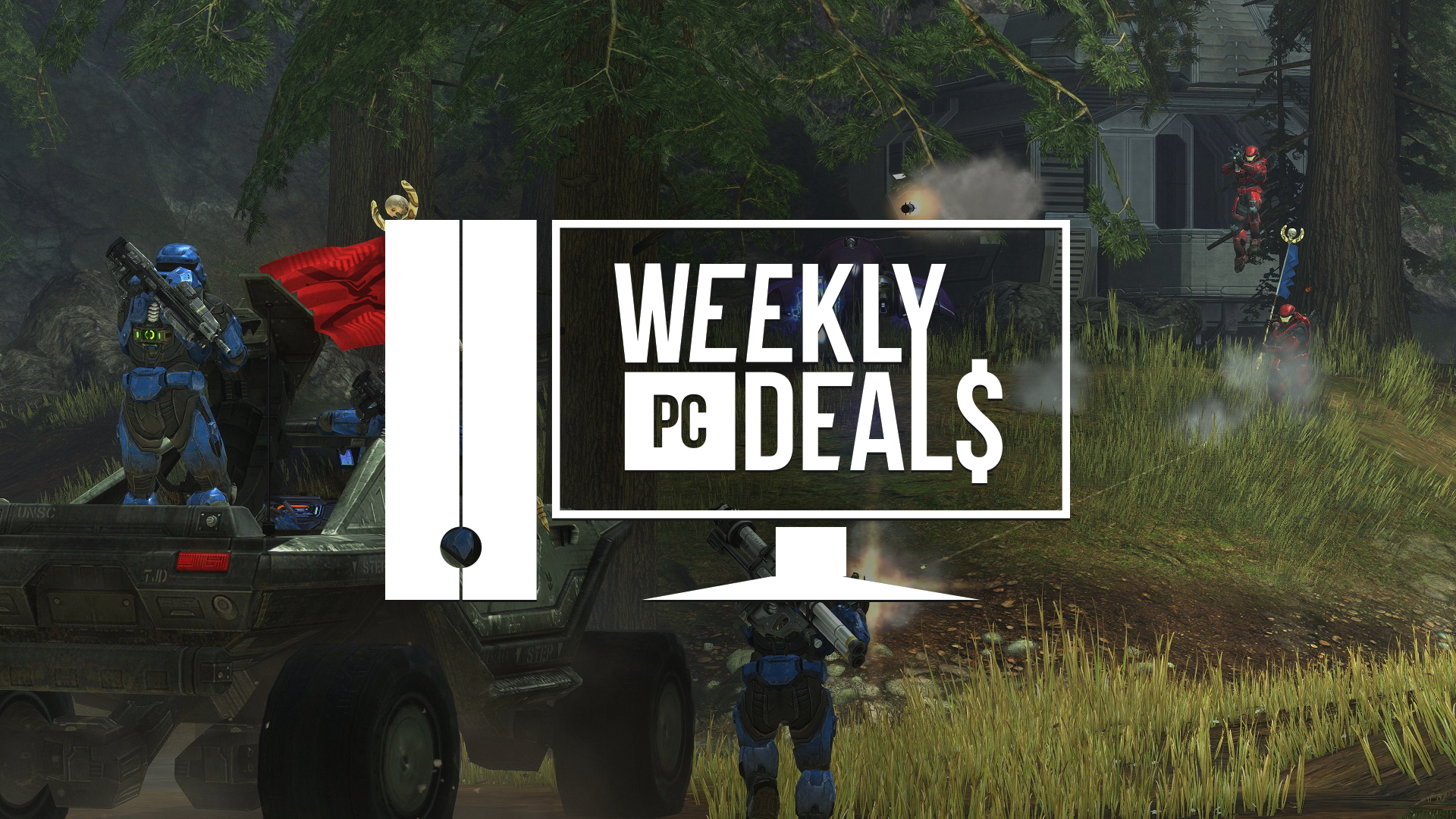 With a lot more time to spend at home, there's probably no time like the present to jump into Halo, especially now that The Master Chief Collection is on PC. Have you not jumped into the Halo MCC yet? Good news! It's getting its very first Steam sale this weekend. You can pick up the whole thing or grab games like Halo: Reach a la carte while saving a few precious bucks along the way. This is part of a bigger Xbox Studios sale, so if you want to save money on games like Gears 5 and Killer Instinct, now's the time.

It's time to build up more of that PC gaming backlog, thanks to the people at Epic Games. The Epic Games Store Spring Sale is underway and that means a vast majority of what's on the storefront is on sale. That includes a lot of Epic exclusives, like Tetris Effect and Control. And don't forget that the Epic exclusives also trickle down to some of the finer indie gems out there, like What the Golf? and Outer Wilds.

Elsewhere, Steam and the Humble Store are both celebrating the BAFTAs by offering a lot of their nominees for a noticeable discount. So if you need to catch up on games like Star Wars Jedi: Fallen Order and Disco Elysium, now's the time to do that. Plus, there's a new crop of Humble Choice games along with the gigantic Humble Conquer COVID-19 Bundle that's still available through the weekend. If that's still not enough, if you waited for the reviews to pour in on Resident Evil 3, you're probably good to pick it up now and it's still on sale over at Green Man Gaming, GamersGate, and Fanatical, so go pick it up.

Or pay $44.99 for Fallout 4 VR, DOOM VFR, The Elder Scrolls V: Skyrim VR, and Wolfenstein Cyberpilot. These activate on Steam and require a VR device.

Subscribe to Humble Choice for $14.99 for three games a month or $19.99 for nine games a month. For the month of April, select between Hitman 2, Gris, This is the Police 2, Shoppe Keep 2, Opus Magnum, Molek-Syntez, Raiden V: Director's Cut, Driftland: The Magic Revival, Turok 2: Seeds of Evil, Truberbrook, The Bard's Tale IV Director's Cut, and Capitalism II. DRMs vary. Humble Choice members also save extra on most purchases from the Humble Store.

Or pay $1 or more for Simulacra and Diaries of a Spaceport Janitor. Pay more than the average $7.61 for Quadrilateral Cowboy and Yoku's Island Express. Pay $15 or more to also receive Yuppie Psycho, Owlboy, and SINNER: Sacrifice for Redemption. These activate on Steam.