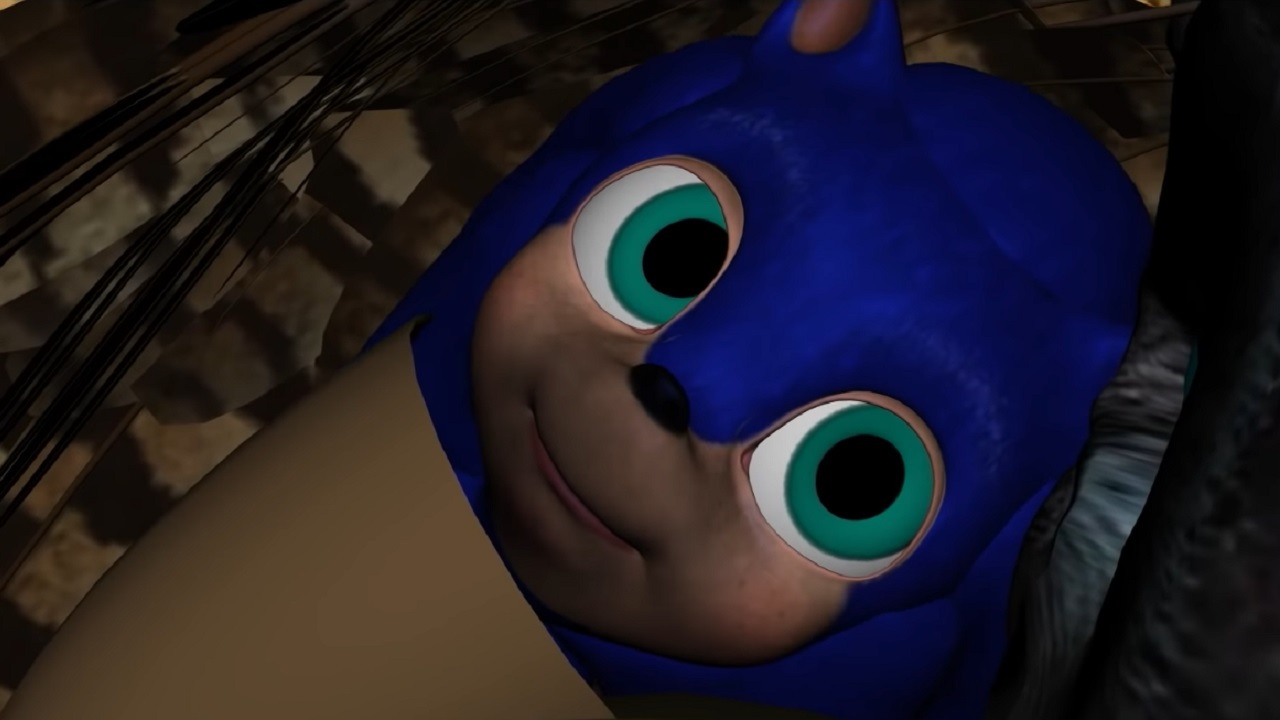 When the extremely successful Sonic the Hedgehog movie was first revealed, it divided a lot of people and caused a ruckus. Sonic looked very… interesting to say the least. The outcry forced Paramount Pictures to pull the trailer and go back to the drawing board to redesign Sonic into the design people loved. Not all remnants of those original design choices are gone though. The Sonic the Hedgehog movie has been released on DVD and Blu-ray and it includes a deleted scene featuring an early baby Sonic and all of the nightmare fuel you might expect of such a scene.

Sonic the Hedgehog was rushed to a digital release for March 31, 2020, including the scene in extras, and Paramount Pictures also released the scene in question by itself on March 27, 2020. It’s mostly a look at Sonic’s origin when arriving on Earth with his caretaker, Longclaw the owl. The scene features points of both characters after their redesign, but there are parts in which you can pretty much see what Sonic and Longclaw looked like before the negative response forced a u-turn on the look of the CG characters. See for yourself below.

After the speedbump and redesign of Sonic in the Sonic the Hedgehog movie, the film would launch with incredible success. It broke records for the opening of a video game-based movie and has been pretty much universally praised since it came out. Even so, the deleted scene showing both early designs of baby Sonic and the one we would eventually see in the final film is kind of a stark look at what could have been. Surely they would have polished up the rough edges… but how much can you really polish something like this?

It’s definitely interesting, but also something Paramount might have kept in their back pocket and saved for Halloween.