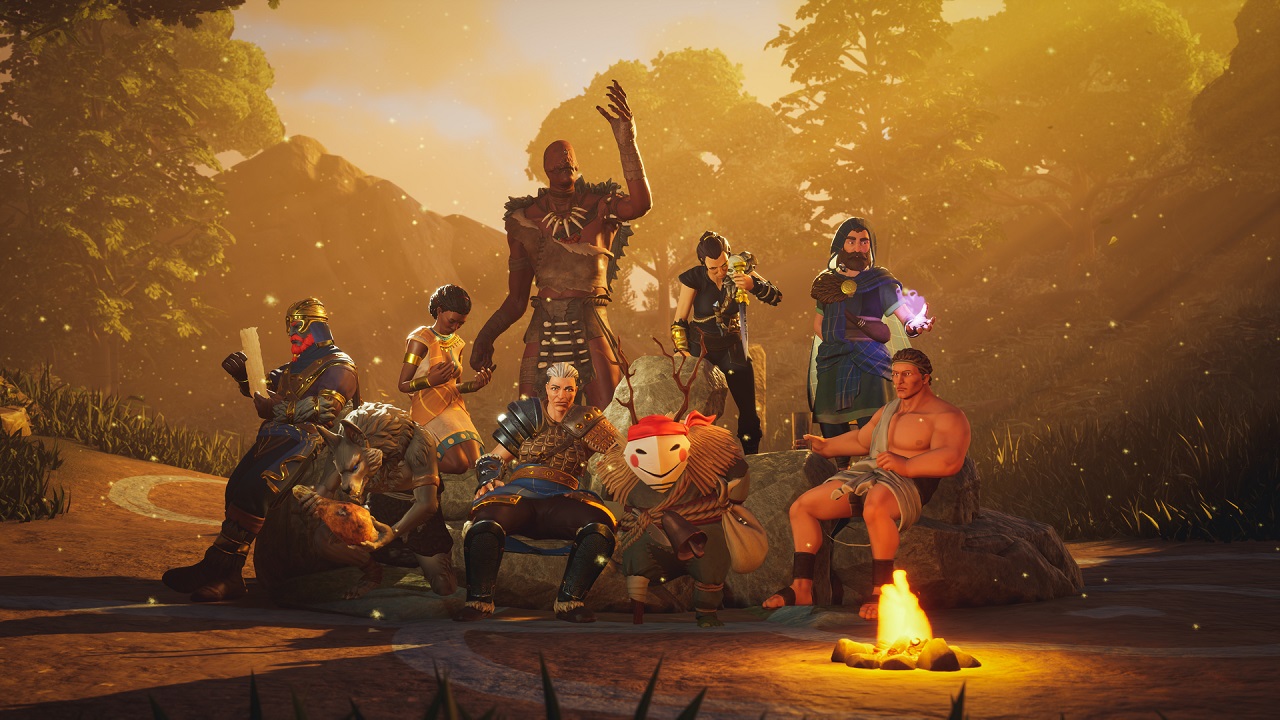 Gato Salvaje’s upcoming RPG The Waylanders promises to take players on a journey that transcends time. And when you mess with time, more than a few unique companions will be a part of your journey. With that in mind, the studio behind Waylanders introduced just a few of the interesting faces you’ll meet and perhaps become closer to on your journeys, including a prankish goblin, cursed werewolf, and centuries-old subterranean cyclops.

Gato Salvaje shared The Waylanders companions in a new update for the game on March 27, 2020 via the game’s Terminals page. Based on Celtic mythology, the time-traveling adventure of Waylanders will have you meeting up with a number of interesting characters for which you can recruit to your adventures or even romance. Whether it’s ancient characters like the immortal professor Berath or the enormous and powerful one-eyed Formorian princess Delba, or more short-lived beings like the werewolf Rea, the Greek glory-seeking mercenary Heraklios, or the goblin trickster and fun-loving Trasté, The Waylanders offers a wealth of opportunities to explore among your active party and relationships with the nine currently possible companions.

The Waylanders was brought to Kickstarter where it achieved success in November 2018. With the Kickstarter accomplished, Gato Salvaje and company intend to bring the game to early access on Steam sometime in 2020. Inspired by games like Baldur’s Gate and Dragon Age: Origins, The Waylanders will bring players on a journey that will travel between Medieval and Celtic time periods and the mythology and magic pervading the world throughout both periods. With such a colorful cast of characters behind it, we’ll look forward to seeing a little more about how The Waylanders gameplay explores it’s time bending journey in the near future.

Stay tuned to Shacknews for more information on The Waylanders including gameplay and release dates as we await the game in Early Access in 2020.