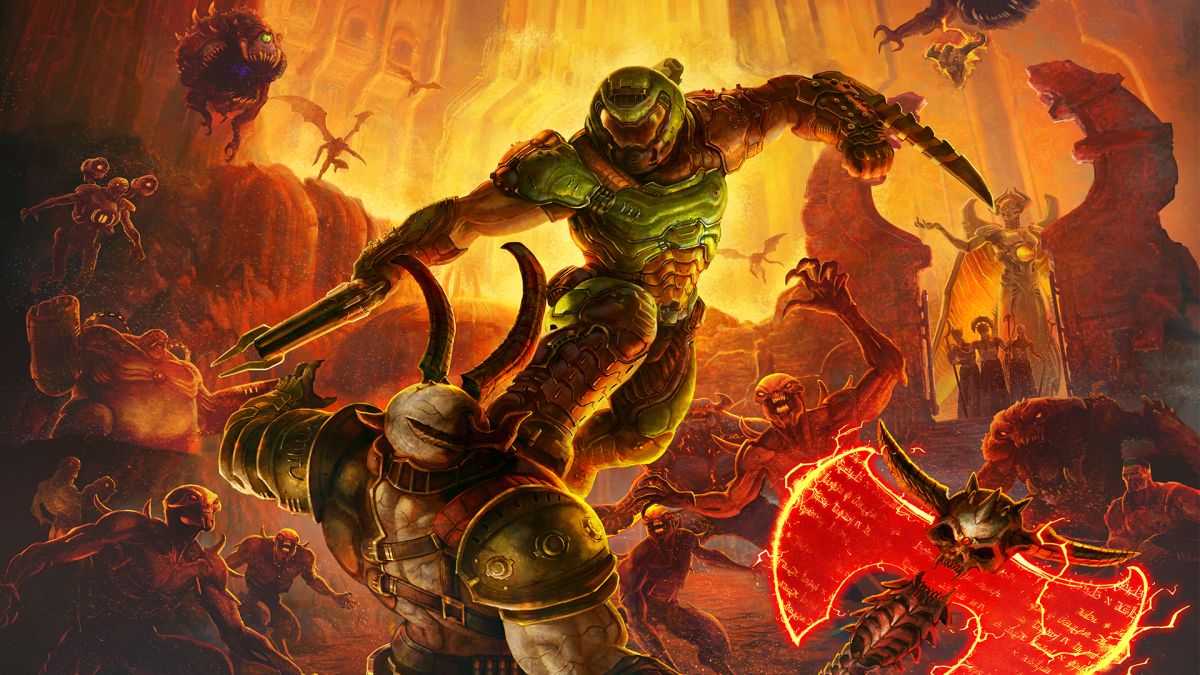 Doom Eternal has had fans ripping and tearing since its release on March 20, and if you’ve been playing through the latest chapter of the Slayer’s epic saga, then you’ve probably got loads of questions and curiosities. Chief among those might be who voices the various characters that you see brought to life within the game. That’s why we’ve put together this handy voice actors and cast guide for Doom Eternal.

While Doom Eternal’s story and cutscenes aren't the most story-heavy, there is still plenty of room for voice actors to shine. As you’re playing through the game, you’ll meet more than a couple of iconic characters, all of which are brought to life by extremely talented folks.

While Doom’s iconic protagonist has never really had much of a voice, players will hear some lines uttered from the character’s mouth this time around. This time around the Slayer is brought to life by Matthew Waterson, who has credits in Fallout 4 as Virgil, as well as various other additional roles throughout his career. Waterson has also spearheaded characters like Ifrit in World of Final Fantasy, Titus Drautos in Final Fantasy XV, and even Captain Wallace in Halo 5: Guardians. You can learn more about Waterson’s credits on IMDB.

There’s no forgetting Samuel Hayden, the mechanical lead of the UAC that teamed up with the Slayer in Doom 2016 to bring the gates of Hell crashing down to cut off the flow of Hell’s energy. Unfortunately, things don’t exactly work out as planned and in Doom Eternal Samuel Hayden has helped to fight back the surge of demons spilling into the world. Darin De Paul returns as this iconic character, helping to add even more atmosphere and mystery to the world of Doom Eternal. De Paul has also helped bring characters like Guild Wars 2’s Saul D’Alessio to life, along with a slew of other credits throughout his storied career. Be sure to head over to IMDB for the full breakdown.

Every story needs a big bad, and Doom Eternal’s big bad is none other than the Khan Maykr herself. Brought to life by Nika Futterman, the goddess-like Khan Maykr is surely a force to be reckoned with. Futterman herself has seen quite a bit of history in the spotlight, and Star Wars fans will probably recognize her as Asajj Ventress in Star Wars: The Clone Wars. Futterman has also helped bring characters like Hawkgirl to life in DC Super Hero Girls. For a more detailed look at Futterman’s credits, be sure to head over to her IMDB page.

Of course, while these are the main headliners, there are still hundreds of people who helped bring Doom Eternal to life – both as voice actors and as members of the design and development team. A huge round of applause goes out to all the people that helped bring this gem to life so that we could rip and tear our way through another good time.