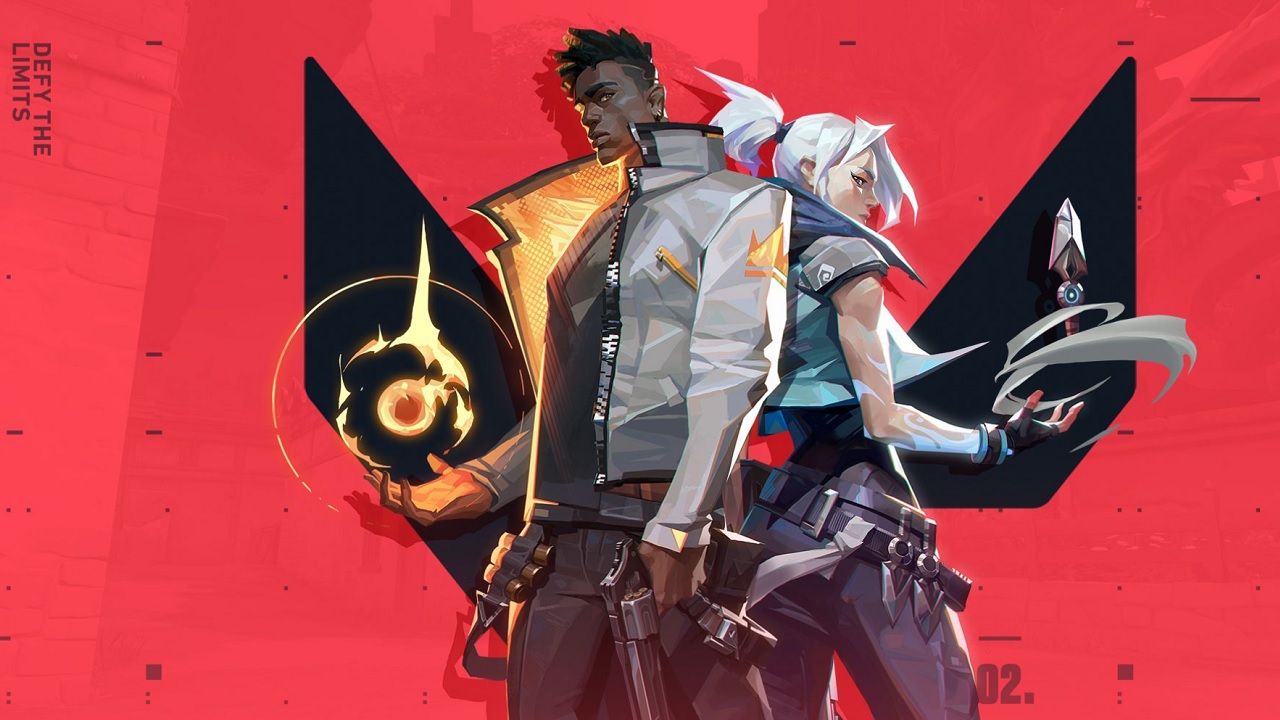 With Riot Games’ Project Ares taking on the formal name of Valorant, the new hero shooter is set to show up this coming Summer 2020. With it comes a whole new Riot Games title featuring what is supposed to be a fine mix of tactical and hero shooter gameplay. That of course means each character is going to be able to do very different things, so if you’re wondering who you should eye as your first main, we’ve got the details for you right here.

With every hero shooter comes the question of what’s available, who can do what, and what you should play. With that in mind, here’s a full list of each character revealed in Valorant so far and what kind of abilities and capabilities they’re packing.

Note, this list is arranged in the order in which characters have been announced, with new characters coming first. Updated 4/10/2020

Who is she?: Raze lives for the boom. She's packing enough explosives to bring down a house, but her job is to bring down opposing teams. If left unchecked, she can utilize her explosives to pin foes down and blow them to bits. You'd best stay on the move if you don't want to get caught in the shrapnel.

What can Raze do?: All of Raze's abilities are built around various explosives. From a cluster bomb built to cover a wide range to a little robot bomb that will chase opponents down for a deadly hug, Raze has some ordinance for every situation. When it's time to pull out the big guns and throw down explosive death of a more direct variety, that's when Raze can employ the rocket launcher. When she does, get out of her sight as soon as you can.

Who is he?: Walls are not obstacles to Breach. They are opportunities. And woe is the enemy standing on the other side of them when a good Breach puts his tools into effect. This burly, metal-armed menace is made to take advantage of enemies he hasn't even come into contact with yet with wall-penetrating abilities. What's more, he's got plenty of concussive force to blind and disorient foes. Be wary of the walls when Breach is near. If he knows where you are, you are not safe behind cover.

What can Breach do?: An initiator built upon starting the fight from a room away and keep the pressure on foes in cover, most of Breach's abilities are made to either be set on a wall or go through it. As such, Breach can start the fight and give his team a huge advantage by blinding, flashing, damaging, and disorienting enemies trying to stay protected, allowing he and his team to more safely move in for the kill.

Who is he?: A grizzled soldier, Brimstone is a character for those who strategize around the map and tactical abilities that make use of it. Whether it's giving his teammates a boost, shutting out an area, or targeting a spot for harsh conflict, Brimstone values keeping track of the entire battlefield and the opportunities therein as much as he values keeping track of his allies and opponents.

What can Brimstone do?: Everything Brimstone has in his kit is built upon taking stock of the map and the situation of that of your foes and opponents. Whether it's cutting off an area with fire, obscuring vision in smoke, boosting his team's combat output, or blanketing an area in explosives, pretty much all of Brimstone's abilities require keeping track of the battlefield and making tactical decisions about where to deploy each of his skills at any given time.

Who is he?: The last thing you want is to be caught in Cypher's sights, and he has plenty of ways to watch you. This enigma of an agent from Morocco keeps a plethora of tools built towards providing information for both he and his teammates. Whatever you do, try not to die where Cypher can reach you. It's going to make everything so much worse for your teammates.

What can Cypher do?: Cypher's whole kit is an array of defensive measures built keep enemy positions known to his whole team at all times. He's got tripwires that will trap and reveal foes, cameras that can watch and mark targets with darts, and some nasty traps to keep known threats in place. Worst yet is getting caught by him. A hiding team won't stay hidden for long once Cypher reveals all of their locations from a dead foe.

Who is he?: A terrifying force that can strike from any direction, no angle is safe from Omen. His battle is a mind game that must be cracked if you're going to overcome him. Otherwise you'll be lost in the darkness as Omen leaves you blinding, moving in for the kill or slipping away in the shadows as the game suits him.

What can Omen do?: Omen's skills are centered around obscuring the vision of enemies, tricking them into fighting a false foe, and striking them from their unguarded flanks. He can launch clones that will blind foes if touched, teleport around short areas, and shroud areas in darkness. If Omen is on the field, always pay close attention for quirky behavior if you think you see him and never believe that your back is covered if you don't want to be killed when he shows up behind you.

Who is she?: Jett is Valorant's Korean representative harnessing the power of wind in her abilities. The breezy agent has moves that both allow her to obscure her or her team from foes and let her dart around to either avoid fire or reach areas otherwise untouchable. The hardest part about playing against a character like Jett is going to be pinning her down long enough to net a kill.  You can learn more about Jett from her announcement.

What can Jett do?: Jett is a goldmine of hit-and-run tactics for those who want a speedy combatant that can get in and out of the fight in a hurry. With the power of wind on her side, Jett features an ability to boost her jumps, allowing her to reach higher areas than other players for sneaky ambushes. She can use similar powers to allow her to dash and strafe to where the action is or escape from incoming enemy fire. For both offensive and defensive purposes, Jett also has a throwable projectile that looks to home in on enemies before creating a ball of wind. Those caught in the wind will have their vision obscured and likely take damage as well. From top to bottom, Jett is a maelstrom to harness if you want to dabble in guerrilla tactics in Valorant.

Who is she?: Coming from China, Sage represents a hybrid healer and defensive character. Her abilities seem to be built towards keeping her allies alive, but also denying space to her enemies, or forcing them to pay the price for forcing their way through. A strategic Sage with a good handle on her abilities looks like it’s going to be paramount to a team’s success. You can learn more about Sage from her announcement.

What can Sage do?: Sage’s abilities seem to be split between defensive and support roles. She features healing bubbles that can heal up wounded allies when cast. She can also cast an area-of-effect field over the ground of nearby spots. Any enemy that passes through them will take damage. Finally, Sage can cast walls to be used to block areas off. It doesn’t seem to be a super tall wall, but forcing enemies to climb it will possibly set up opportunities for easy shots, or deter them from entering the area altogether.

Who is he?: Sova is Valorant’s Russian representative, and he’s also the resident recon of the game. It’s not just Sova’s sniper rifle that makes him dangerous from a distance. He can also sniff out enemies for his own attacks or give his team vital information that could lead to a strategic kill.

What can Sova do?: As the formal recon agent of Valorant, all of Sova’s abilities are built towards exposing of foes. For one, he can deploy a flying drone that can mark targets for allies and alert them to enemy presences. He also packs a sort of sonar arrow ability. When this arrow is fired into an area, it will reveal foes within range of the arrow’s effect. It seems as though this can not only locate, but also decloak hidden foes. If you know enemies are in the immediate area, it’s a good time to deploy Sova and nail down exactly where they are.

Who is she?: Viper is the poisonous operative of the United States in Valorant. Her entire kit is all about forcing her enemies to play the map within her boundaries. This means setting walls, domes, and expanding areas of poison gas. Those unfortunate enough to get caught in Viper’s poison are unlucky enough, but worse is being forced to be where Viper wants you to be when she fires on you.

What can Viper do?: Viper’s abilities are all about defense and the control of space via spikes and cannisters of poison gas. She has the abilities to make a dome of poison gas to trap foes inside or outside, as well as creating a deadly wall of gas. Finally she has a spike which will deploy an expanding field of gas when used. It’s difficult to see through the line of gas once Viper has them set, making her game one of both visual deterrence and perilous defenses. Cross into her deadly gas if you dare.

Who is he?: Phoenix is the first Valorant agent revealed in full, a representative of the United Kingdom. Where others can sit back and slow play the map, Phoenix is built to be a full-on aggressor. Gifted with pyrokinetics, his abilities allow him to dazzle and fry his enemies while keeping himself alive. When you’re Phoenix, you burn bright and rise from the ashes. That’s what this agent brings to the battlefield. You can learn more about Phoenix from his original announcement.

What can Phoenix do?: As we mentioned, Phoenix is built towards full aggression. He has a fire ball that explodes to create an area-of-effect field that will heal him and burn enemies, as well as a curving flare that will flash to blind foes. When the going gets tough, he also has options. Phoenix can mark a spot, and if he dies within the duration of the ability, he will be restored at the marked location. Finally, he has a fire wall that allows him to disengage difficult situations, create choke points, and block off foes. All of it together makes Phoenix a frontline fighter and hard to kill as he lays down fire upon his foes in multiple forms.

That’s all of the Valorant characters we know of for now. Be sure to keep up on our latest Valorant coverage for more info and continue to check this list as new characters are revealed for the game. Who will you be when Valorant launches on PC this Summer 2020?