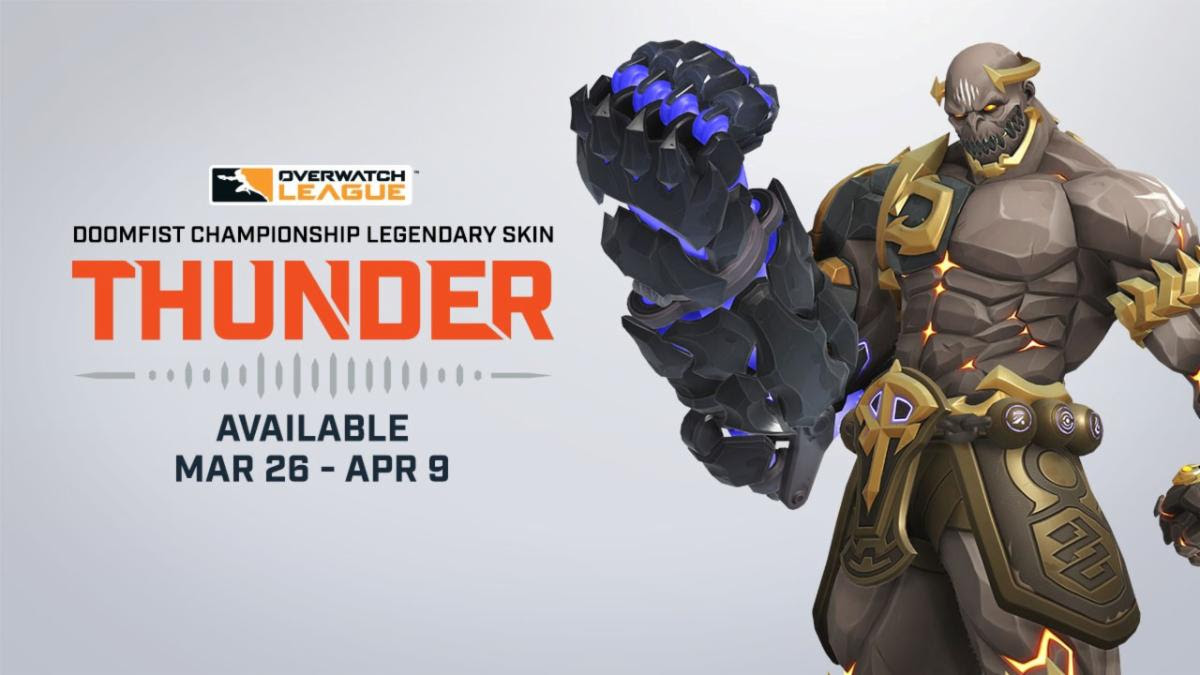 The Overwatch League (along with esports, period) is in an undeniably different place right now, thanks to the continuing COVID-19 outbreak. So why not take a look back at simpler times, when the San Francisco Shock was dominating the field in front of a capacity crowd. The Shock crushed the Vancouver Titans in the Grand Finals of September's championship weekend to become the Overwatch League Season 2 champions. And to the victors go the spoils, as Blizzard unveiled a brand new Doomfist skin to celebrate the league's latest champs.

This is Doomfist's new Thunder skin, designed in conjunction with the San Francisco Shock team. He sports a darker, stormier gauntlet, along with headgear more in line with ancient Greek thunder god Zeus. Also, that's not a pretty mug to look at and it'll probably be the last thing Overwatch League MVP Jay "Sinatraa" Won's opponents see, as Doomfist lays down the hammer on them.

This thing sure does look cool, but it won't be available for very long. The legendary Thunder skin will only be available for two weeks, so if you want to pick it up, grab it between March 26 and April 9. It'll sell for 200 OWL tokens. For more on the making of the Thunder skin, be sure to check out the Overwatch League website.