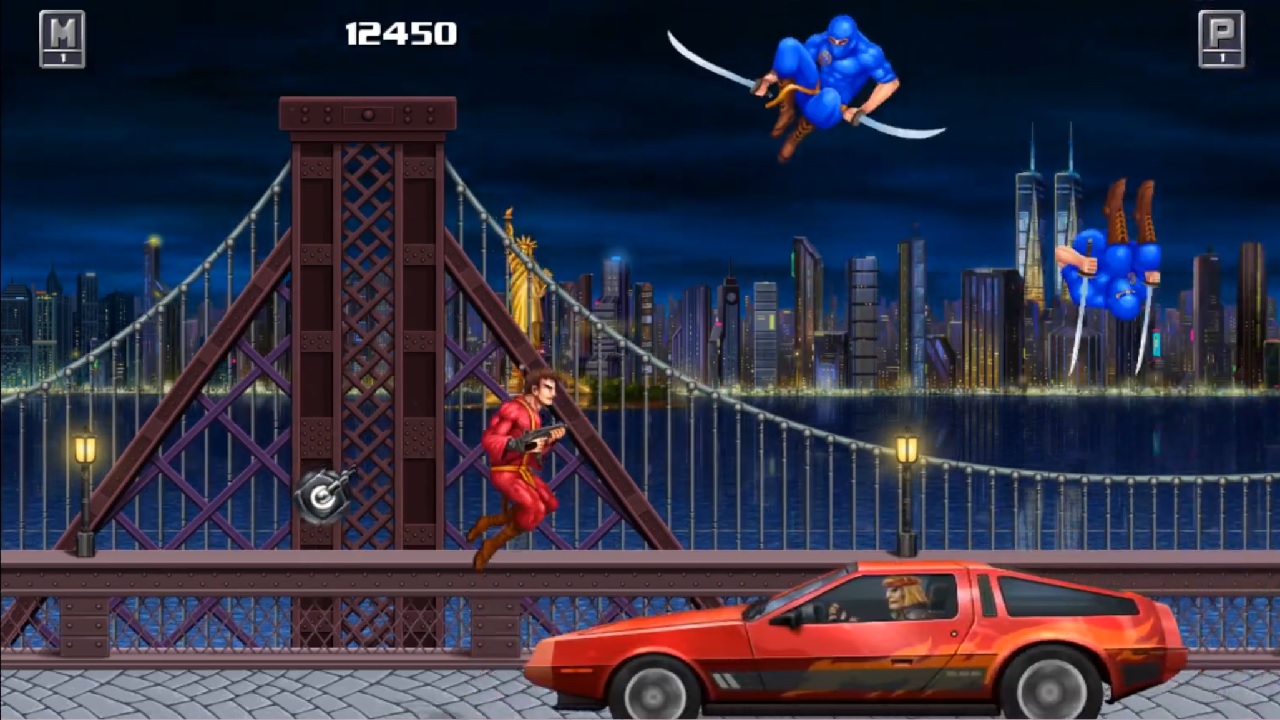 There’s something to be said a lot of old school beat’em-ups. The best ones had a unique taste that could often remind players of hokey B-movie action flicks. Whether it was the mullets, the muscles, or the sheer amount of different goons facing heroes down, we played it out to the end whether it meant earning continues through points or grabbing an allowance full of quarters. Shadow Gangs is a title coming from JKM Corp and if any of the above sounds good to you, then you have to see the trailer released ahead of the game’s April 2020 launch.

JKM Corp put out the Shadow Gangs launch trailer on the game’s YouTube on March 15, 2020. Set to launch on April 10, 2020, Shadow Gangs puts you in the role of ninja master Dan as he goes on a one-man war to save his family. The enemy? The Shadow Force crime organization and its dangerous members known as the Shadow Gangs. Dan will have to utilize his brawn, his ninja transformations, secret magic, his sword, and a machine gun - why not? You can check out the game in action in the trailer just below.

Shadow Gangs is bristling with a lush old-school aesthetic. Between the brawler protagonist that turns into a machine gun-wielding ninja, enemy ninja warriors bulging with ridiculous muscles under their garb, the bosses that include a Lex Luthor-looking tech head and shaolin temple master to name a few, and the gorgeous levels ranging from cities, forests, mountains, and secret villain lairs, Shadow Gangs has a lot of things going on. Elements of Contra, Double Dragon, Shinobi, and much more can clearly be seen.

As Shadow Gangs slices its way onto PC, be sure to check out the game’s Steam page for more details as it joins the stacked 2020 gaming calendar.