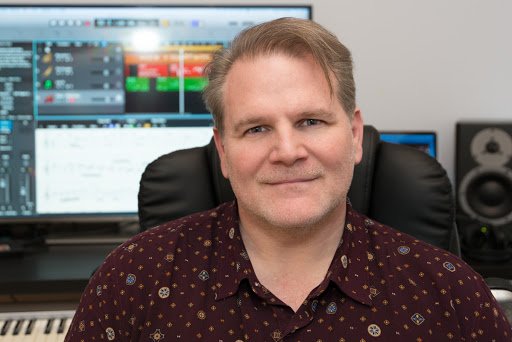 There are two kinds of soundscapes in Doom. One, invented by legendary composer Bobby Prince and carried on by Doom 3 musician Chris Vrenna and Doom 2016 and Doom Eternal rock star Mick Gordon, played to the series' action roots. (Doom 3 was more action-survival horror, but its main motif was very much an evolution from Trent Reznor's and Nine Inch Nails' work on Quake.)

Then there's Aubrey Hodges, technically the second musician to influence the Doom universe by steering it toward horror, and whose sound produced arguably the most unique audio environment of the franchise.

Doom has always been an action game with horror elements, but Doom 64 and the port of the first two games on PlayStation flipped the script. Play the PS1 port of Doom, and you'll recognize the levels from the 1993 original, but the moodier lighting and positively chilling audio give it another identity. Instead of hunting for your next kill, you'll tremble at the guttural growls of whatever's hunting you.

Aubrey Hodges devised that soundscape for Doom on PS1, but it hit its stride when he retooled it for Doom 64, a from-the-ground-up reinvention of Doom's audiovisual themes. Although it features the same enemies and weapons as Doom 2, everything else is new: levels, soundtrack, lighting, and direction. If Doom 64 terrified you as a kid--or if it terrifies you now, re-released as a pre-order bonus with Doom Eternal--you have Aubrey Hodges to thank, or curse.

I've loved Hodges' work since playing Doom 64 in high school. It's one of my favorite entries in the series, and, until now, a criminally underappreciated one. Hodges and I talked for an hour about the experimentation that guided him in creating the sound effects and tracks for Doom PSX (and, a short time later, Doom 64), his background in the industry, his music setup at his home studio, and more.

A quick note: The sound quality of our conversation may be a bit tinny. I record my interviews on Skype when I'm unable to speak with a developer in-person, and I hadn't planned on sharing the audio file of this interview until, after we both warmed up, I realized the conversation was worth listening to. I'll publish a full transcript in the coming days.

Hyped for Doom Eternal? Check out Countdown to Doomsday for even more Doom-related features, videos, and more.