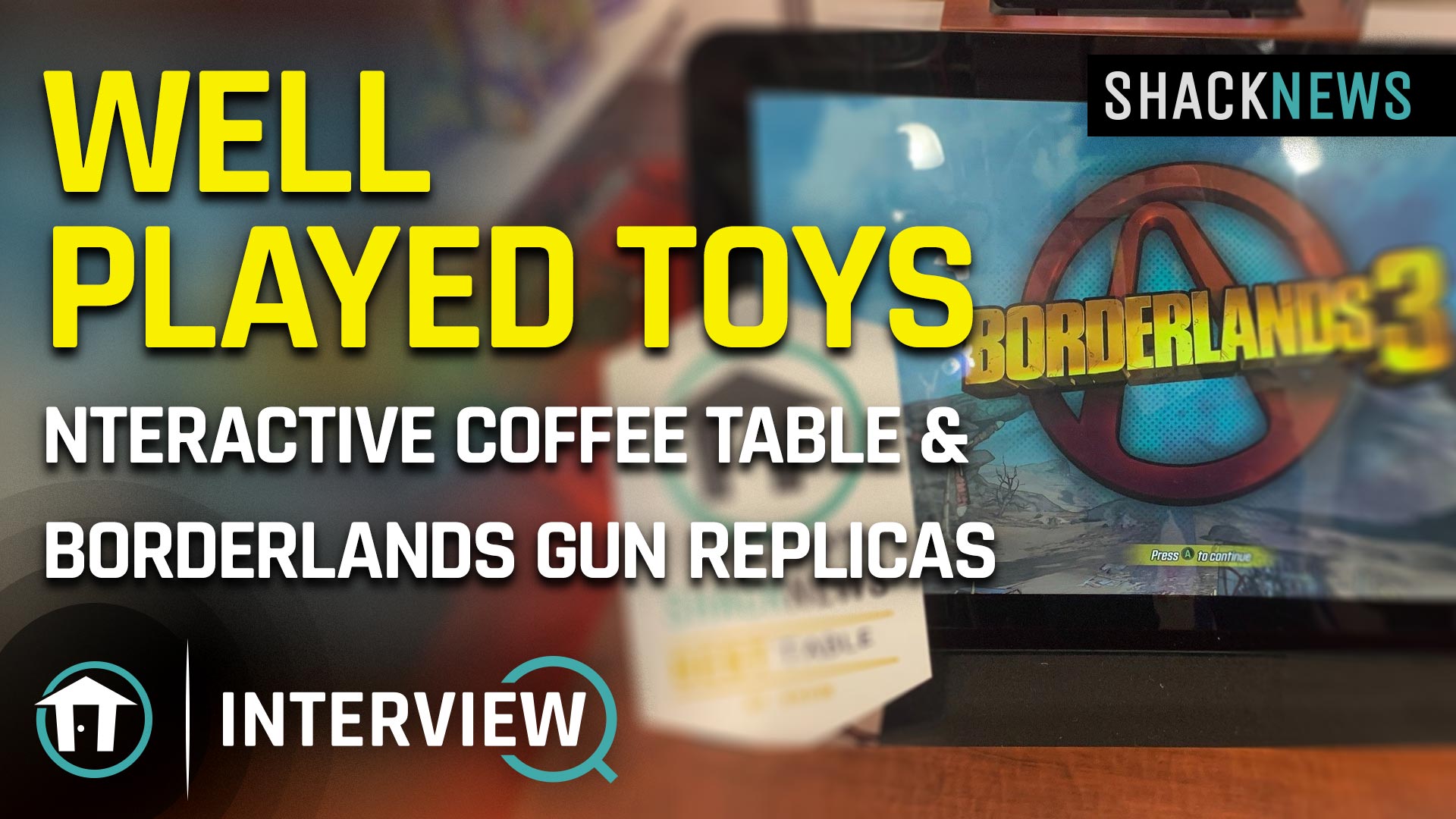 Well Played Toys took to New York Toy Fair 2020 to show off what’s next from the manufacturer. This event features a number of the biggest names in toys and licensed products. We stopped by the Well Played Toys Booth on the show floor where they showed us some of their newest merchandise.

Our Video Editor Greg Burke walked through the Well Played Toys booth where he was shown some of the products the manufacturer has been working on. In the video, we see new pinball machines based on the Ghostbusters intellectual property. Well Played Toys has created both a smaller sized table along with a full-size, more traditional machine.

Next, we saw their new interactive coffee table. At the center of the otherwise normal coffee table is a large tablet, which can serve a multitude of functions. In the video, the table on display is hooked up to an Xbox One S running Borderlands 3. There’s a divot at the top of the table that allows users to reach in and readjust the orientation of the screen. The interactive coffee table can also be used to read emails and watch television.

Their booth also featured a number of pins and figures based on Borderlands 3. This collection includes figures that come with bases and stands so that they can be properly displayed and showcased.