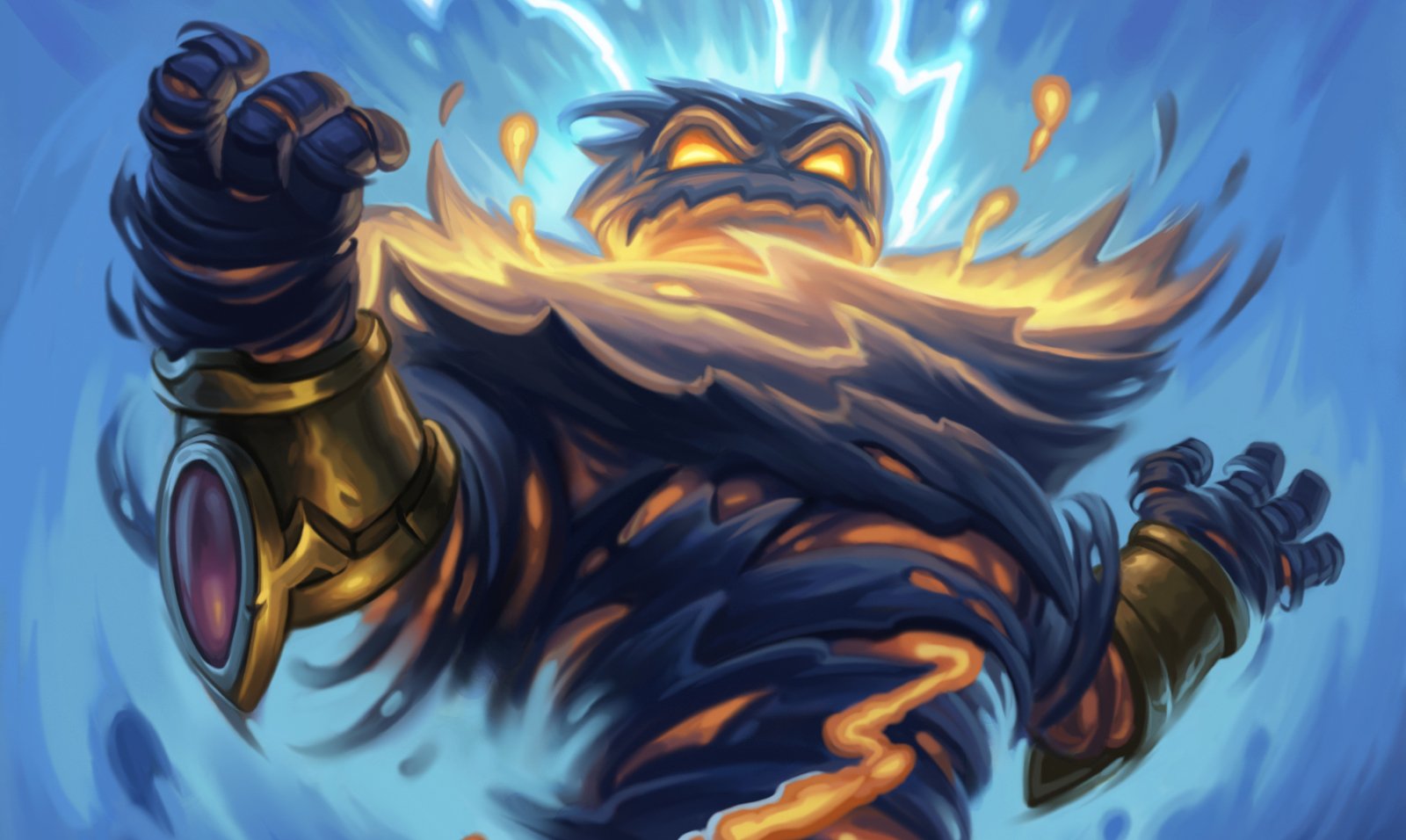 Hearthstone prepares for a mysterious storm next week

Shall we make a storm? That's what Hearthstone is suggesting with a tease that went up on Wednesday morning. There's little to go by, but the march towards the game's next expansion seems like it's about to begin.

A Storm is Coming ⚡️

Outside of a lightning storm and a darkened part of Azeroth, there's no concrete information to be found here. So let's go with what we do know.

So far, what we do know is that we're approaching the time of the year for the new Standard year to begin. This means a new expansion, the rotation of the 2018 sets to Wild, and a new batch of Hall of Fame cards. There is no information on any of those at this time. However, Blizzard does appear to be getting ready for the upcoming card rotation, as revealed in a tweet earlier this week.

In our next update we'll be reverting nerfs to a few select cards, these will primarily be cards rotating into Wild. However, included in this update will be Sludge Slurper, who will revert back to 2 Attack / 1 Health.

Exact specifics on which cards will see an un-nerfing remains to be seen, but those Shaman players can now plan to run Sludge Slurper a little more confidently.

It's also unknown whether this announcement will relate to the main Hearthstone game or if it will also affect Hearthstone Battlegrounds, which is just coming off the massive Dragons update that has seen major changes to the way the game mode is played.

We will monitor these developments, so be sure to come back on March 17 when we'll have more information on the future of Hearthstone.