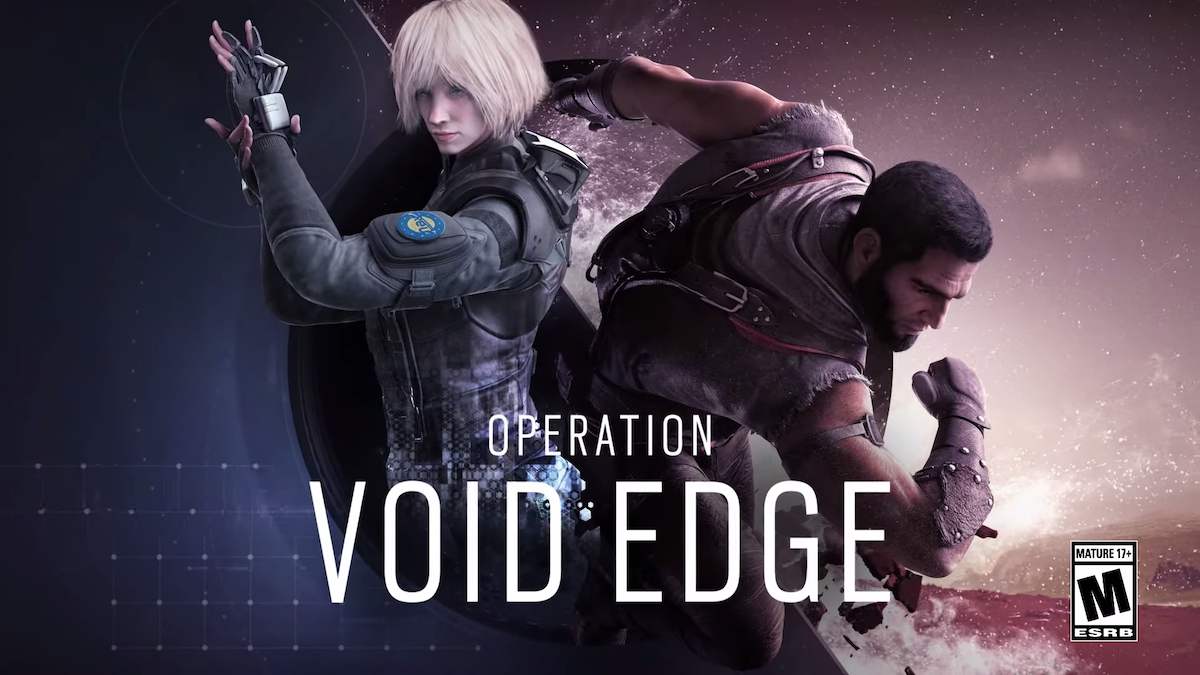 Ubisoft is bringing the first season of Year 5 of Rainbow Six Siege to players around the world.

Operation Void Edge is now here in Rainbow Six Siege, and it's bringing with it two new Operators in the form of Dutch Iana from the Netherlands and Jordanian Oryx. There have also been renovations made to the Oregon map in the name of improving playability and how it looks - sometimes that's just as important, right?

Finally, funnily enough, operator Ash will be getting a Lara Croft set from the Tomb Raider franchise so you can deck out your favorite character in Lara's duds. That should make for some eye-catching screenshots.

Iana can use the new Gemini Replicator, which makes a hologram of herself that can be controlled remotely. It has a time limit, and can be turned off whenever you're ready. Oryx, on the other hand, uses a move called the Remah Dash. It lets him speed things up and knock down opponents as well in addition to breaking down walls.

In addition to both new operators, Oregon has been given a serious new coat of fresh paint. There's a variety of other updates that have been added with this particular season too, which you can read about at the official Operation Void Edge blog.

Previously, our own Ozzie Mejia took the update for a spin. Here's a brief taste of what he thought of Oryx's Remah Dash.

"Oryx's Remah Dash is primarily aimed at getting the drop on opponents. If an attacker thinks he's being sneaky, quietly stepping along a hallway, Oryx can simply plow through a nearby wall and catch them totally off-guard. Oryx players with quicker reflexes can also win most one-on-one clashes by using the Remah Dash directly on an enemy. Plowing straight into an attacker will knock them down and leave them momentarily stunned, allowing Oryx to finish them off with any of his weapons. Even Montagne and his massive shield won't be able to stand up to Oryx's raw power."

Get ready to jump in-game and check all these changes out now.