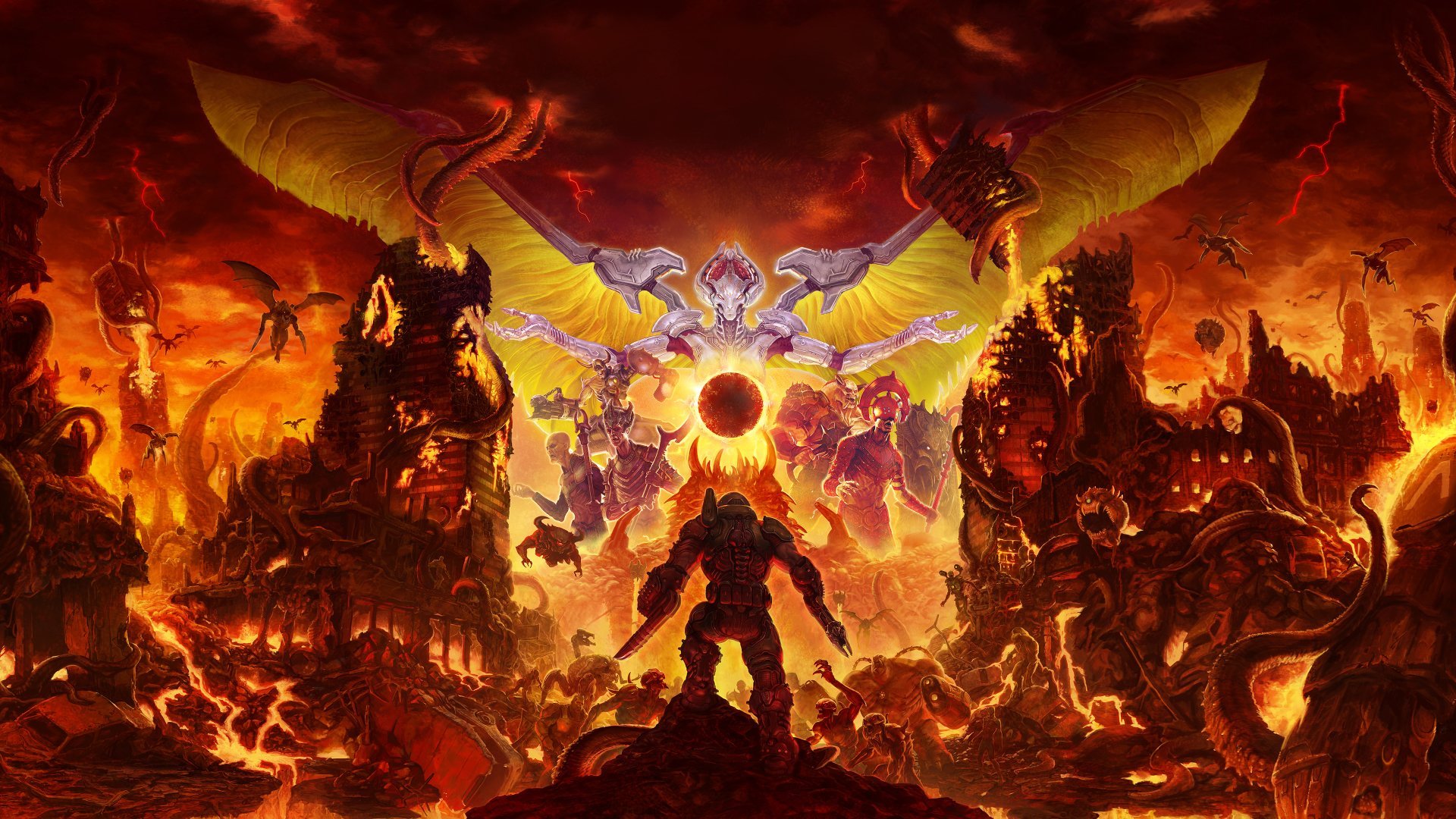 Returning monsters such as the Archvile and Pain Elemental had been revived and redesigned to complement the rest of the bestiary. The Doom Slayer's weapons had been reworked so players could rely on one or two guns, but only if they were able to first devise strategies that set monsters up for skills; more often than not, those strategies entailed learning how to harness the strengths of every tool in their arsenal, taking advantage of weak spots, and mastering the game's faster, more acrobat movement. Last but not least, the connective tissue between arenas was as engaging as the arenas themselves.

From the outside looking in, Doom Eternal seemed ready for its projected release date of November 22, 2019. The team felt otherwise. "We were at a state where the game was basically done, but we hadn't really had the time to step away from it," Stratton recalled. "We had more bugs than we wanted, and we really needed time to test extensively."

"Of which there were many," Martin said. Last he had checked, the database used to track bugs listed hundreds. Most were minor. All tallied up, they marred the experience enough to make the team uncomfortable.

Besides glitches and bugs, Martin and other developers had noted dozens of rough spots that needed sanding down. The act of grabbing onto a surface and sticking to it--say, dashing through midair to a wall in order to grab it and climb--is referred to as magnetizing. Martin felt players were not magnetizing to surfaces reliably. The last thing he wanted was for players to know they had performed a maneuver successfully, only for the game to have failed to register it.

Lots of tiny performance issues made the game hiccup. Since its inception, Doom had been known as a franchise that pushed the limits of computing power. Doom Eternal would be the first game to run on the id Tech 7 engine. It needed to make a strong showing, and appeal to players who took pride in owning PCs that took advantage of cutting-edge tech. With a little more time, engineers could make Doom Eternal sing.

That fall, Stratton and Martin talked with managers at Bethesda about delaying Doom Eternal. They settled on March 20, 2020, slightly less than four months after its original release date.

"We test all the way through, but [we needed to] really test the complete product, and polish," Stratton explained. "In conversations with Bethesda, they were really supportive of the decision. That's really a harder decision for them to make than it is for us. They were 100 percent behind the decision."

In early March of 2020, Stratton and Martin kicked off an extensive tour to promote Doom Eternal. Their itinerary included conventions such as PAX East, sitting down with journalists for interviews, and meeting with influencers such as Mark "Markiplier" Fischbach and Joe Rogan.

On Tuesday, March 17, three days before Doom Eternal's release--evidence of Bethesda relaxing its no-early-reviews policy--critics regaled the return of the Doom Slayer. Its slogan, Prepare to Raze Hell, had been as fitting as Rip and Tear four years earlier. By Wednesday morning, the game averaged 87 out of 100 on Metacritic.

Doom Eternal's team delighted in the positive responses to the finished product, pleased their players viewed it the way they did: As the biggest, baddest version of Doom yet.

"I really do think this is the best game we've made, at least since I've been at id," Stratton said. "And that's because we're building on a success with the same team, in--in game-making terms--a relatively short period. It's a sequel, so all the knowledge we gained from last time, we got to act on immediately. Id has not done a direct sequel so immediately since Doom 1 to Doom 2. Quake and Quake 2 were divergent from one another. Doom 1 to Doom 2: direct sequel right away, building on knowledge, confidence, and culture. We haven't done that since then. Being able to do that from Doom 2016 to Doom Eternal, I think we're in one of the best positions we've ever been in. It's really exciting, and I really do think people will see that come through in the game."

Doom Eternal evolved Doom 2016 in every possible way, but the evolution Martin is proudest of is that the title on the box still holds as much cachet as it did in the mid-'90s, if not more. "I love when people say it still feels like Doom. What you will play feels like a Doom game, but with plenty of new things. It's fresh and new, but still Doom. That's what we're striving for."