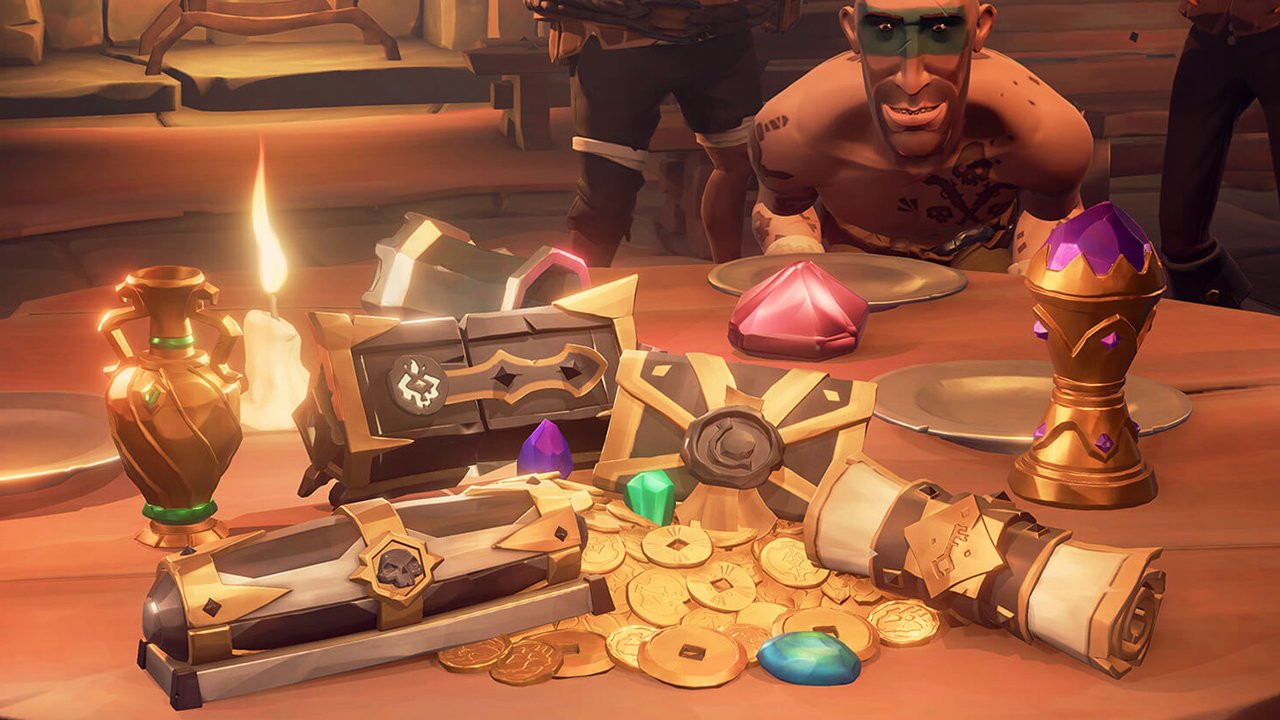 Sea of Thieves is having a double XP and gold day

To celebrate the bonus day we all receive this year, Sea of Thieves is having a special double XP and gold day. This should make pirate life a bit sweeter for those looking to level up their Hunter’s Call or Sea Dogs levels. The good news comes directly from Executive Producer Joe Neate as part of the monthly news video.

Every four years, the world has accrued enough time to warrant adding another day to the calendar. In order to carpe diem, Rare is throwing a special, one-day only, in-game event. Anyone that plays Sea of Thieves on February 29th will be treated to double the XP and gold for anything they do.

This will certainly come as a surprise to many, as the information has – so far – only been shared in the Sea of Thieves monthly video update.

For those that have been working hard on the Hunter’s Haul event, this should be a great opportunity to bump that Hunter’s Call level up a bit. Those that have already capped off the event may consider spending some time grinding out Athena voyages or maybe even diving into some Arena matches.

It’s not often that a double XP and gold weekend comes around. Before the bonuses included over the Christmas period in 2019, there had only a few of these events.

Anyone looking to really min-max this day and get as much XP and gold as possible should consider forming an alliance. Not only will you receive double the value for the items you turn in, you will receive double for anything alliance members sell.

Sea of Thieves continues to grow and evolve. At the moment, Rare is on a monthly cadence of adding new content to the game. The most recent addition was the Crews of Rage which added a new exploding chest and the above video makes mention of a new type of cannonball – the chain shot – coming to Sea of Thieves in the future.

Beyond these additions, we here at Shacknews have been thinking up a few more things we want in Sea of Thieves. While we wait for a Gwent-like card game, we’ll content ourselves with earning as much gold and XP as possible on February 29th. Be sure to check out the Shacknews Sea of Thieves guide and walkthrough for our complete and thorough coverage of Rare’s excellent pirate game.