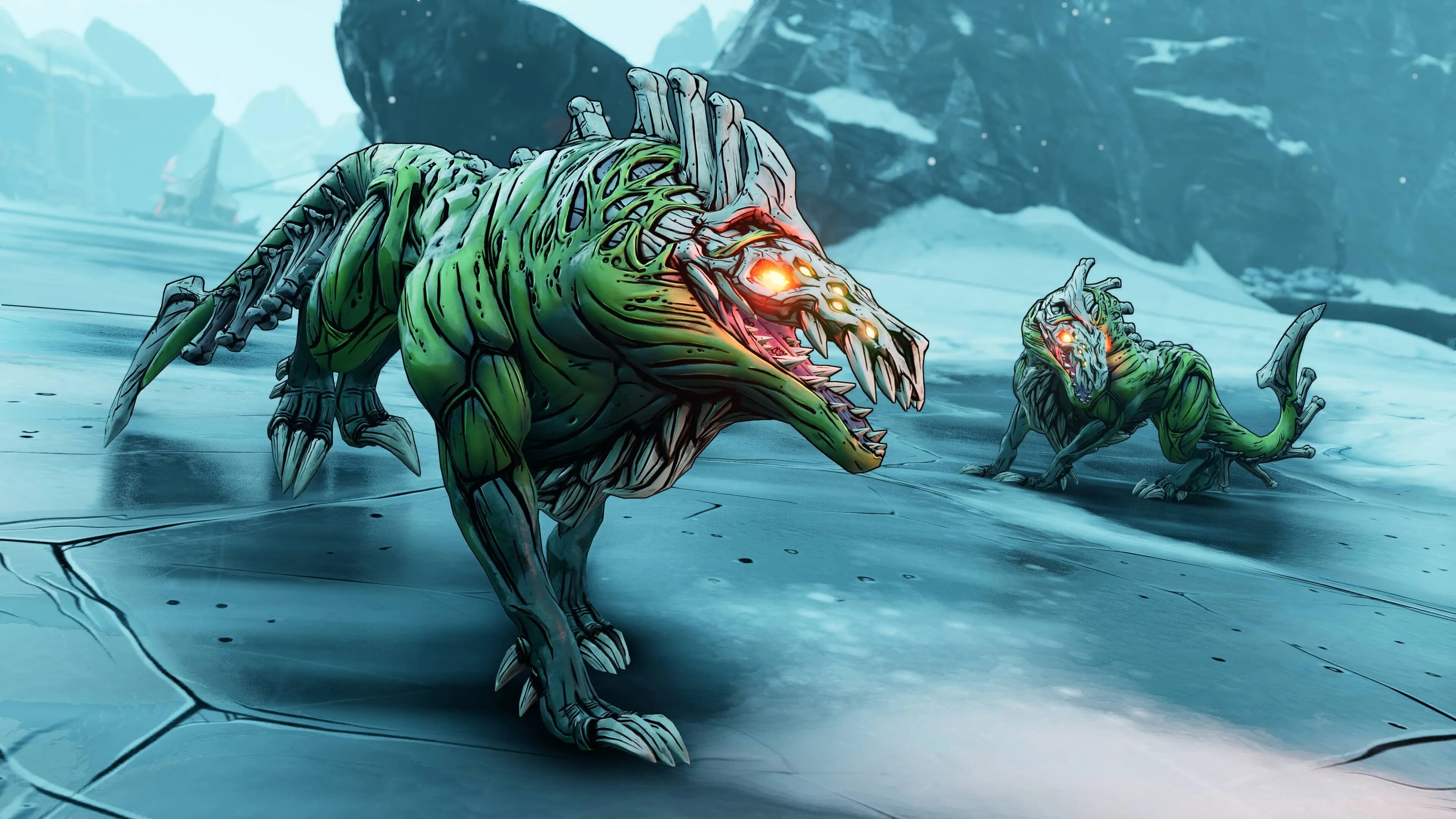 Borderlands 3 fans received some big news during PAX East 2020. Not only is the Steam version of the game releasing in March, but the game’s second big DLC is also set to drop in late March. Titled ‘Guns, Love, and Tentacles: The Marriage of Wainwright and Hammerlock’, the DLC will take place on an all new planet with new enemies and more.

According to the announcement, players will join Hammerlock and his betrothed, Wainwright Jakobs, on the planet Xylourgos. Set to release on March 26 across all platforms supporting Borderlands 3, the DLC will take players to the two characters’ engagement party, where all kinds of things are set to go wrong.

There’s plenty to see as you prepare for the wedding alongside familiar faces like former Vault Hunter Gaige (who is moonlighting as a wedding planner) and her robot BFF, Deathtrap. The new world, Xylourgos, is no ordinary planet, either. Once you've arrived, you’ll need to confront cursed townsfolk, explore the frigid world, and stop an ancient Eldritch horror from throwing the engagement party into disarray. The DLC will also bring tons of new content to enjoy, including new Legendary Items, skins, and more.

Perhaps what is most intriguing about this DLC, though, is the RSVP feature. Unlike previous events or expansions, you won’t need to play through Borderlands 3’s opening act to enjoy it. Instead, you can jump right to the engagement party, which should make getting started in the new area that much easier. Of course, all enemies and loot will be scaled to your player level, which should allow you to prepare should something somehow go amiss—that’s totally not going to happen, by the way.

We’ll have more details about Guns, Love, and Tentacles as we get closer to its release in late March. For more info, make sure you keep your eyes on here on Shacknews, and be sure to check out our Borderlands 3 guide to grab any great Legendary weapons before the DLC drops.