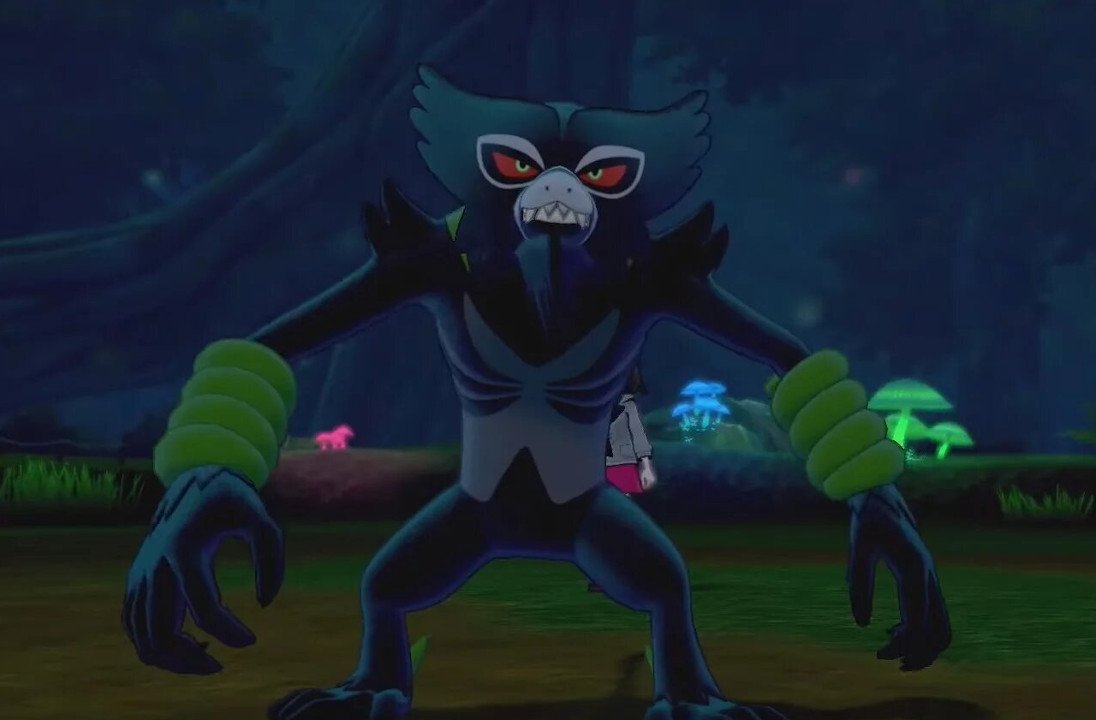 While many had concerns about the National Pokedex being cut in half in Pokemon Sword and Shield, The Pokemon Company and Game Freak continue to expand the slimmed down dex with new Mythical Pokemon for players to catch. The latest addition to the Pokedex is Zarude, a Mythical Rogue Monkey Pokemon that can be found through normal gameplay in both Pokemon Sword and Shield on Nintendo Switch.

According to the official announcement for Zarude, this new Mythical Pokemon is a Dark/Grass type weighing in at around 154.3 pounds. Zarude’s Leaf Guard ability allows it to stand immune to non-volative status conditions and conditions like Yawn. Zarude is a bit of a celebration item for Pokemon fans, as The Pokemon Company revealed it would be adding a new Pokemon to the mix for Pokemon Day. Zarude is this new Pokemon, and you’ll also be able to see Zarude in action when the new Pokemon movie, Coco launches later this year.

There’s no official release date for Zarude just yet, but you can check out the announcement video above to see Zarude in action. The Pokemon Company has plans to release new information about the Mythical Rogue Monkey Pokemon soon. We’ll be sure to update this article with new information once it becomes available. For now, keep your eyes glued to our Pokemon Sword and Shield hub for the latest info on the latest chapters of the series.