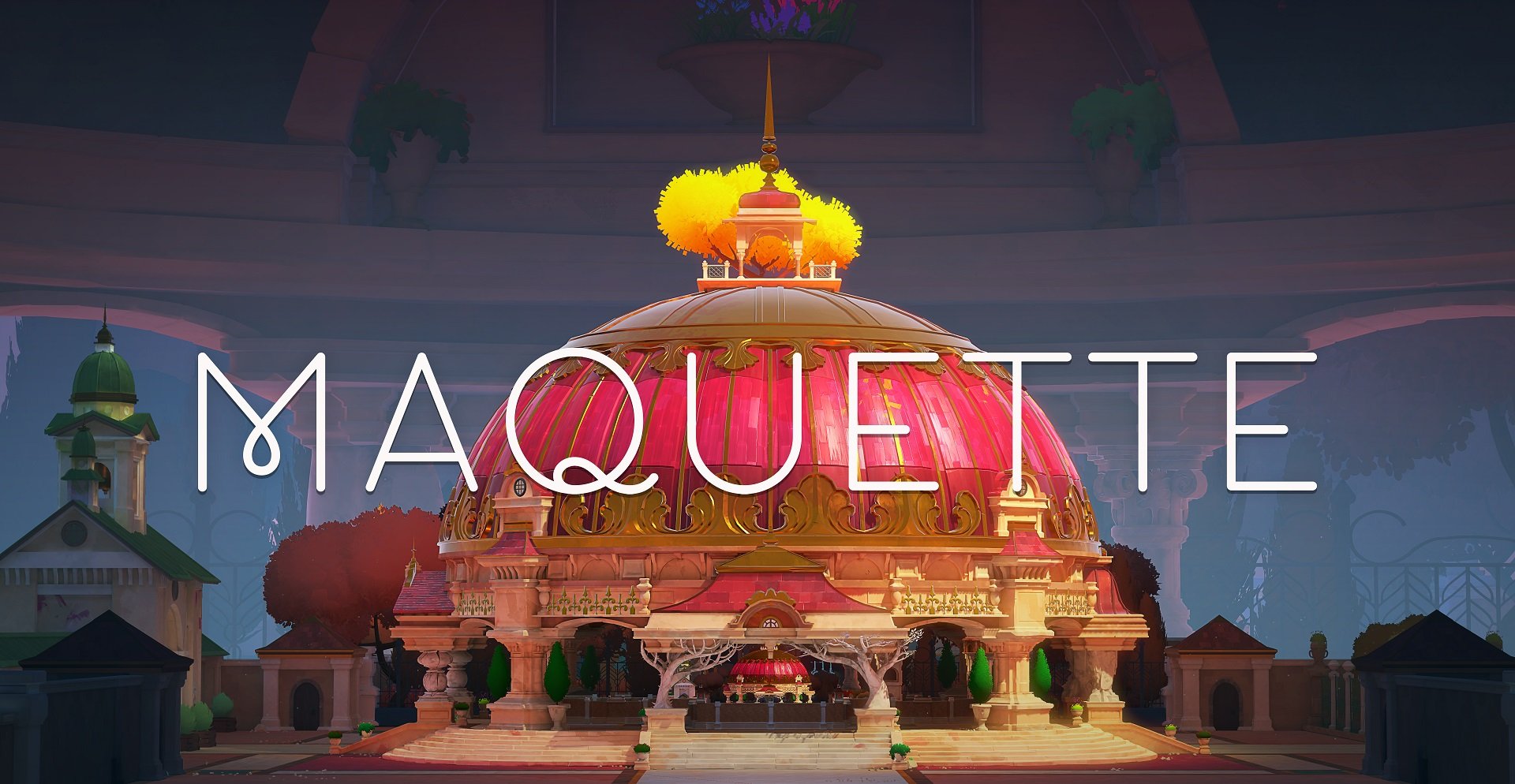 San Francisco-based developer Graceful Decay has been hard at work on its debut effort, an effort that's been boosted by backing from publisher Annapurna Interactive. The publisher has been recognized in recent years for backing some memorable storytelling experiences like Outer Wilds, What Remains of Edith Finch, and Florence. Now Annapurna sees something special in Graceful Decay's first project, a first-person puzzle experience called Maquette.

Maquette is being described as a first-person puzzle game set in a recursive world, one where players live through the full cycle of a special relationship that begins inside a coffee shop. As a young couple flirts with each other, they assemble bits and pieces of a world in their sketchbook, one that players will have to work to navigate. This world will run players through imaginative environments, beautiful architecture, and thoughtful puzzles. And all along the way, they'll continue to experience each chapter of a developing love story.

Maquette has been in the works for almost a decade, with Graceful Decay founder Hanford Lemoore first showing the game off way back at the 2011 Game Developers Conference. It has since grown into a fully fleshed-out project, one that's nearly ready to release. Annapurna Interactive are certainly no strangers to the idea of interactive love stories, so this game seems right up their wheelhouse.

There's no timetable for the game's release just yet, but expect to see more of Maquette soon. Those looking to try the game will get their first chance at PAX East this weekend.