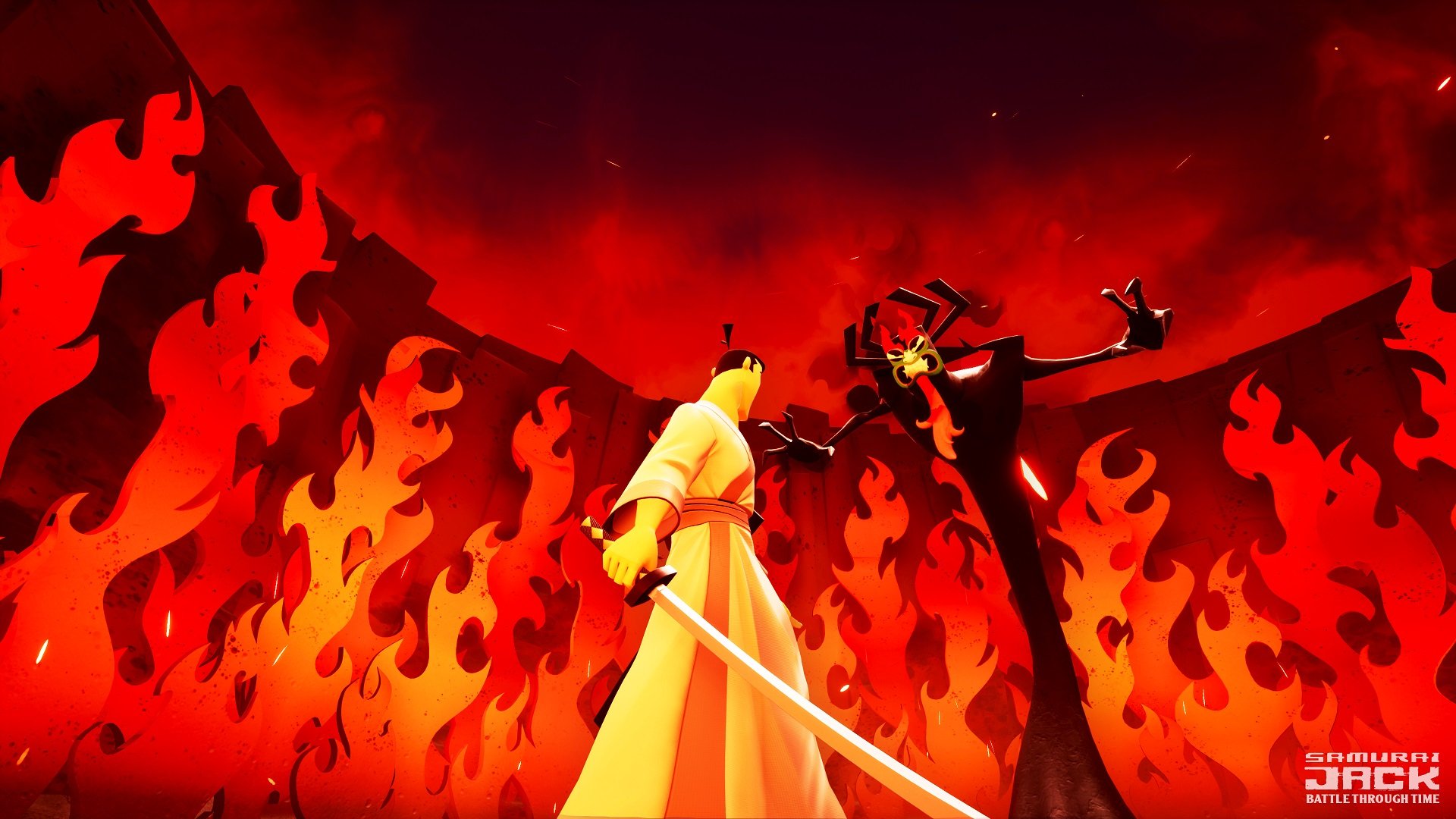 Adult Swim Games has announced Samurai Jack: Battle Through Time, a brand new action platformer coming to consoles and PC this summer. The game takes place right before Jack's final battle against the franchise's villain Aku and is being developed in a partnership between series creator Genndy Tartakovsky and game dev Soleil Games. Please take a look at the game's reveal trailer.

Samurai Jack: Battle Through Time will be an untold story of our favorite hero's final adventure. In the game, Jack has been trapped by Aku in an alternate timeline where he must team up with his closest allies and friends to defeat some of the most iconic and notorious bad guys from the TV series.

Adult Swim Games says that the game is made for fans of the Samurai Jack show and action games, with classic combat gameplay. The game also looks great with a 3D art design that still looks a lot like the style of the TV series. Players will be able to hack and slash their way through the game with unique weapons, unlockable skills, as well as some sick combos.

PAX East 2020 attendees will be able to learn more about Samurai Jack: Battle Through Time during their panel in the Dragonfly Theatre on Friday, February 28 at 1:30 PM ET. Series creator Genndy Tartakovsky and head writer Darrick Bachman will be at the panel to provide some more details on the game. There is also an Adult Swim PAX East 2020 party on February 29 happening at The Grand Boston, if you are going to be in town. Find out more about the game at the official Samurai Jack: Battle Through Time website.

There is no official release date for the game, but keep it locked on Shacknews for more Samurai Jack news as it breaks.