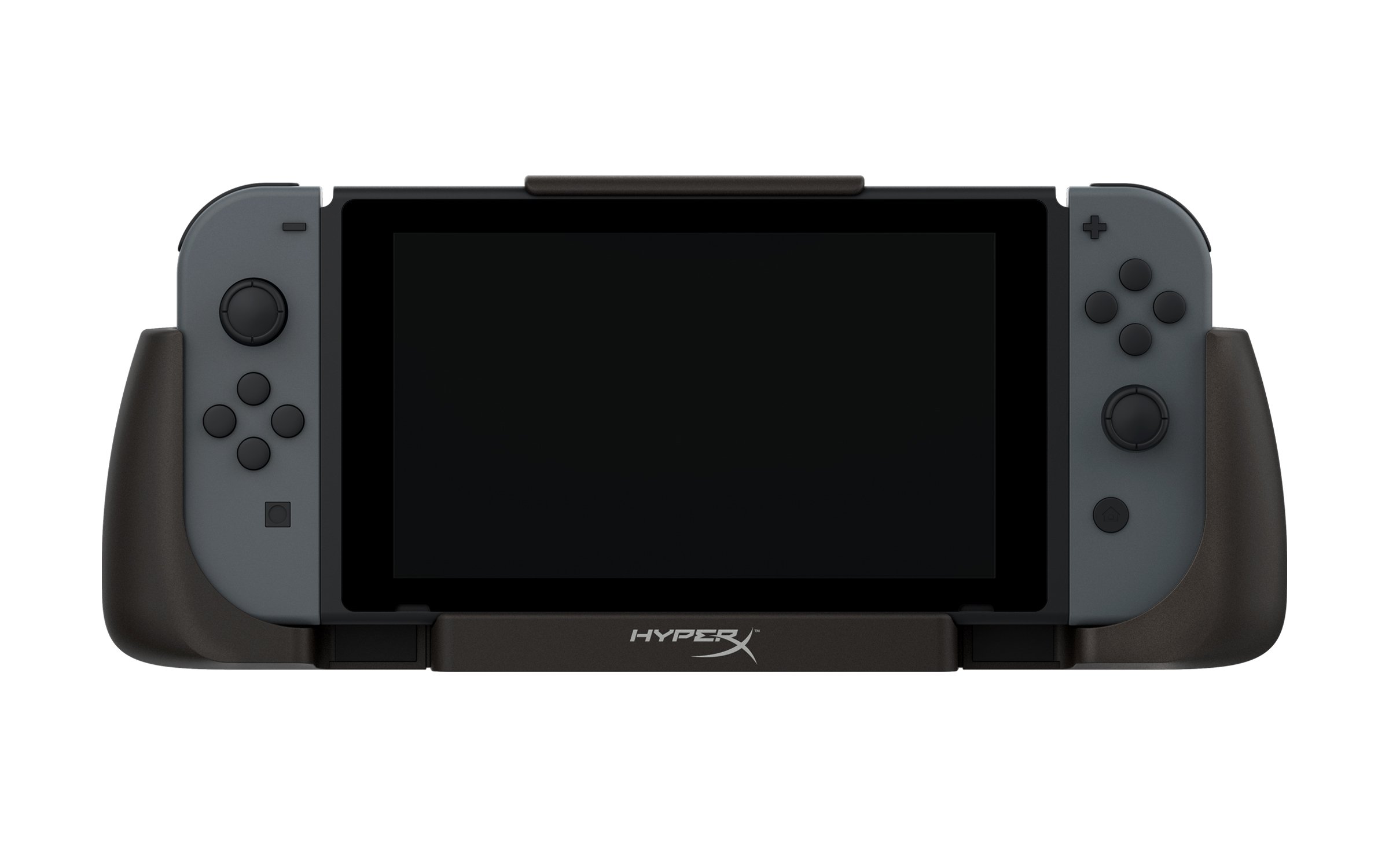 Nintendo has taken some big steps forward when it comes to the Nintendo Switch's battery life. Newer models come with a longer-lasting battery, while the newer Nintendo Switch Lite likewise allows for longer playtime. But there are a lot of early adopters out there, so what are they to do with their original Switch models and their lackluster battery situation? HyperX has come forward with a solution called the ChargePlay Clutch, something that's going to prove invaluable to frequent travelers looking to bring their Switch along for the ride.

The ChargePlay Clutch is one of the first major products from peripheral manufacturer HyperX that aims specifically at the Nintendo Switch. For a company known more for their PC and mobile products, HyperX is bringing a sense of high quality to the Switch with this device. And it proves to be a valuable piece of hardware, once the setup process is out of the way.

The setup for the ChargePlay Clutch involves piecing together the lower-half of the carrying case with your Nintendo Switch. The Switch will slide into the USB-C clip along the bottom. From there, the rest of the process is a snap... literally. The bulky base will snap onto the top of the Switch with an upper latch. It makes Handheld Mode a little bit bigger, but it doesn't get in the way of the overall experience, allowing users to place their Joy-Con controllers along the side of the Switch, like normal.

It doesn't look great, but it's entirely possible to just use the battery pack by itself and still play on Handheld Mode. That's technically doable. However, there's another piece to the device. This piece splits in two and is dedicated to gripping the Joy-Cons. Once it's split up, it's placed along the side of the base unit, via a magnetic connection. When placing the Switch inside, it increases the size of the overall package, but the console fits snugly inside and the whole unit is easy on the hands. At least it does for a while, because the whole thing weighs about an extra pound than the Switch by itself.

The majority of my uses with the ChargePlay Clutch were in the usual Handheld Mode setup, with Joy-Cons along side Switch's side. There's also a kickstand on the back of the unit for those looking to get some multiplayer games going with multiple controller connections. You can also remove those side pieces and re-connect them in order to use them as a Joy-Con grip. It's a little awkward when holding it, but it's certainly effective for anyone looking to get some Tabletop Mode action going.

A comfortable console grip is only a small part of what the ChargePlay Clutch is all about. The unit comes with a battery pack, with a power button to turn it on or off at any time. This means users have more than one charging option. They can use a fully-charged Switch and use the Clutch solely as a grip, using it as a battery later when the Switch is inactive. Or they can insert a Switch at about half a charge and have the Clutch charge it while the Switch is running.

The battery life on the ChargePlay Clutch will undoubtedly be its biggest selling point. The box touts an extra five hours of battery life off of a 6,000mAh battery and those figures seem to check out after multiple uses. The battery life was able to last through a number of cross-country flights. And with the way it was set up, I was able to run the Switch without the battery during connecting flights and press the power button to charge the Switch during my one-hour layovers. My Switch was at roughly 15 percent when I stepped off my first flight in Chicago and by the time I completed my 90-minute layover, the unit was back to a little more than 80 percent charged. For those who travel frequently, this thing is a godsend.

It's also easy to charge up the battery in-between trips, thanks to a USB-C to USB-A charging cable. However, while the instructions will recommend charging to the Switch dock, I was able to charge the battery with a standard USB-C phone charger over the course of a few hours.

Maybe you aren't among the fortunate to have a newer Switch with a better battery life. Or maybe you are. Either way, the HyperX ChargePlay Clutch is an outstanding piece of tech for anyone who likes to take their Switch along with them for any of their travels. It's a brilliant companion for a plane ride and ensures that you'll get those Smash Bros. and Pokemon games in for the entirety of your ride.

The major downside is that it'll start to feel a little heavy after prolonged use. At that point, you can either switch to Tabletop Mode and take the pressure off your wrists. Or you can exercise the advice that so many Nintendo first-party games will offer and just take a short break.

This review is based on a product provided by HyperX. The HyperX ChargePlay Clutch is available now for $59.99 direct from HyperX Gaming or at participating retailers.