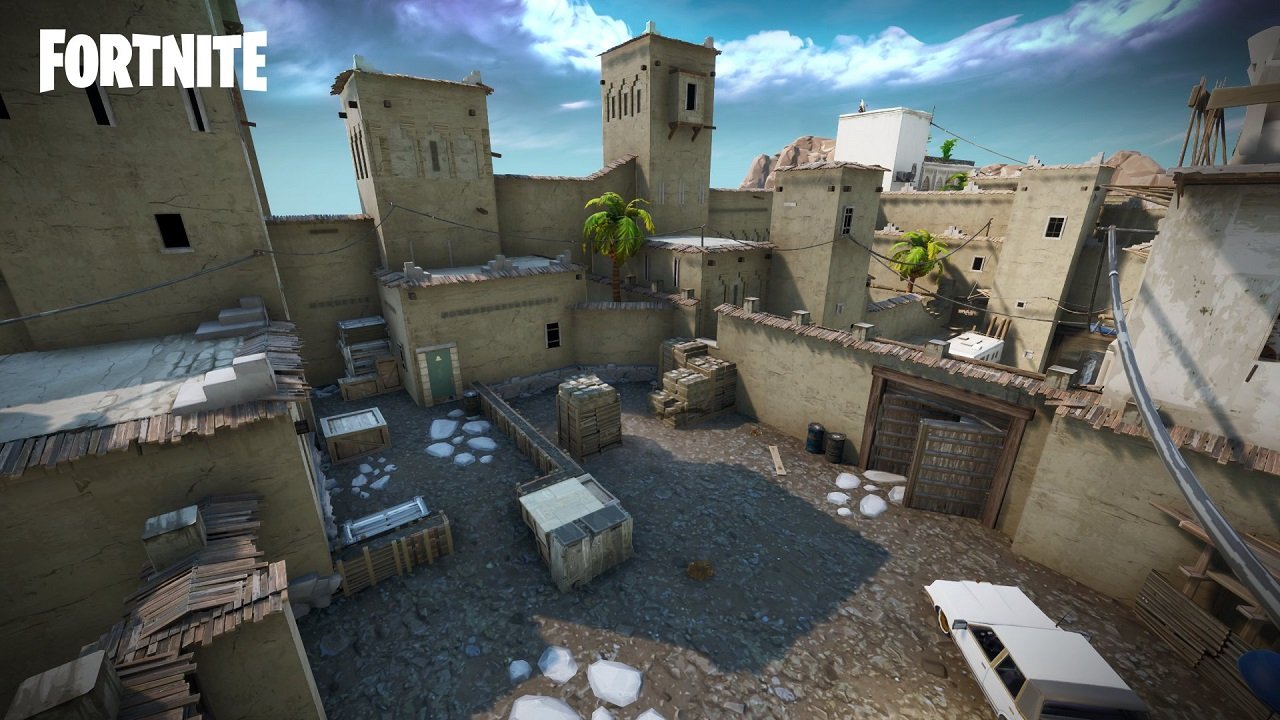 CSGO's Dust map is being made in Fortnite Creative

When it comes to first-person shooter maps, there are few as hallowed and beloved as Counter-Strike’s Dust. The map has been a near permanent fixture of all Counter-Strike games and is a staple of Counter-Strike: Global Offensive (CSGO) competition. This Middle Eastern town has served as the stage of many a failure and triumph thoughout its many years of play. Well, now the iconic CSGO map is coming to Fortnite. Team Evolve are working on an entire recreation of the Dust map in Fortnite Creative and its similarity to the real deal, detail for detail is impressive to say the least.

Team Evolve showed off their efforts on the Fortnite Creative version of the CSGO Dust map on February 12, 2020 via the Team Evolve Twitter. From top to bottom, for every open door, box, tree, bomb spot, and more, Team Evolve seems to be looking to perfect every detail, as featured in the 2017 redesign of Dust. Of course, Fortnite’s general style is quite a bit more lush than that of Counter-Strike, but Evolve is making due with what they have and making a very impressive go of it to say the least.

This is not Team Evolve’s first high-profile project. The team works at creating content in Fortnite Creative for a number of brands. In the past they’ve collaborated with the likes of Air Jordan, Samsung, Nickelodeon, and even the International Committee of the Red Cross to name a few. They go into each project bringing the distinct style and resemblance of their source material to life in Fortnite Creative’s vast toolbox, such as in the Fortnite x Jumpman Jordan Brand Downtown Drop.

It’s unknown if their latest Dust project was an actual collaboration with Valve, or just something they felt like doing for the love of the game, but from the screens they’ve posted so far, Team Evolve’s Dust looks pretty much every little bit like the real thing in both scale and content.

Be sure to follow Team Evolve if you want to download their Fortnite Dust map when its finished and ready to be shared.