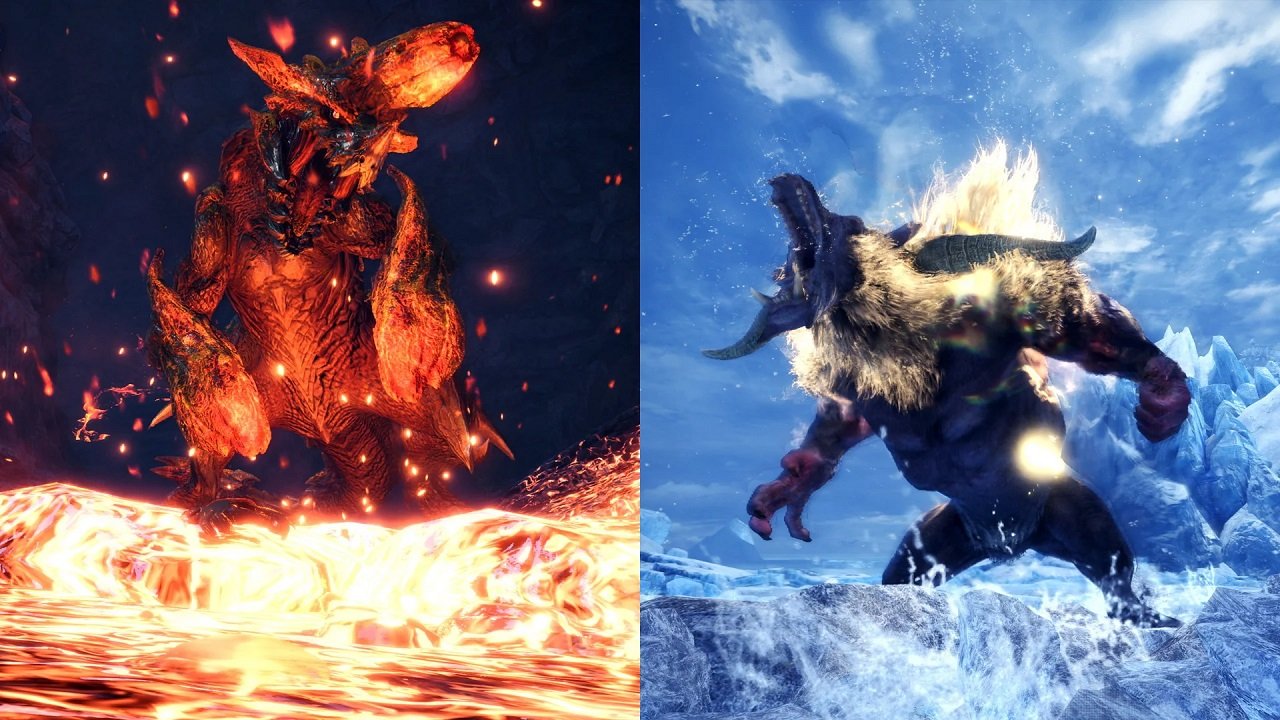 If you think you’ve had your fill of challenges in Monster Hunter World: Iceborne, then something big is on the way to change your mind. Iceborne has already brought a number of tough-as-nails monster to Monster Hunter World, but updates have upped the ante even further with each addition, and the latest looks like the toughest set yet. Get ready to take on new hunts for Raging Brachydios and Furious Rajang.

Capcom announced Raging Brachydios and Furious Rajang on Februaray 11, 2020 via the Monster Hunter Twitter. Slated to come to consoles sometime in March and the PC version sometime in April, the new monsters are empowered and slightly different takes of their normal cousins. Brachydios is a monster that covers its arms, horn, and tail in slime and then uses its saliva to ignite them explosively. Raging Brachydios looks like it’s upping the temperature with super-heated slime capable of creating pools of molten lava when it crashes them down furiously.

Meanwhile, Furious Rajang may be our deepest fears brought to life about the primal beast. We already know what an infuriated Rajang looks like, dubbed the “Super Saiyan Ape,” and Furious Rajang looks like it’s that form… but permanently from start to finish. That means this particular Rajang would have access to all of its most deadly attacks and be far more aggressive than even the ill-tempered Rajang we’re already used to getting pummeled to a pulp by.

Raging Brachydios seems like it will be inhabiting volcanic areas like the Elder’s Recess lava section while Furious Rajang looks like it will be stalking the more arctic areas of the Hoarfrost Reach. We have plenty of time for more info, so we’ll be watching for more on these two beasts as March approaches.

In the meantime, make sure you know how to deal with these two in general. We’ve got guides on how to hunt normal versions of Brachydios and Rajang in our Monster Hunter World: Iceborne walkthrough and guides hub. Brush up on your tactics, learn their breakables, and get ready for the new deadly hunts in the coming months.