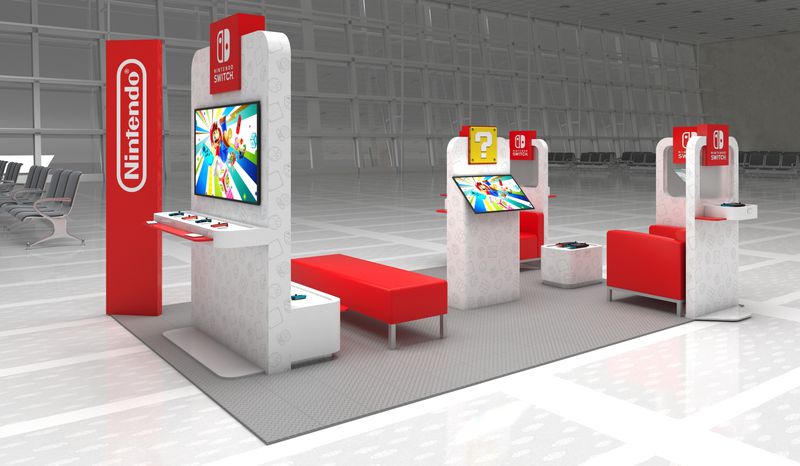 Nintendo is opening Switch lounges across select US airports

If you have to be at the airport, chances are you already have a Nintendo Switch with you for either the wait to board or during your ride to your destination. And if you don't have one with you, you're either on your phone or likely bored out of your mind.

Nintendo is working to help make the wait to get on your plane much less of a frustration and an easier situation with its new pop-up lounges, where passengers at four US airports will be able to play new Switch games, charge up their devices, and pick up some goodies.

The Legend of Zelda: Breath of the Wild, Mario Kart 8 Deluxe, Super Mario Odyssey and Super Mario Party will be available for play, and if fans like what they see, they can even purchase a Switch. It won't be given to them the same day, but instead shipped to the purchaser's homes. Kind of odd considering they're probably wanting to buy the Switch to take with them on the plane, but there's probably some kind of TSA rule here in place.

If, like the rest of us poor schmucks without a Switch lounge coming to an airport in our location, you don't have an opportunity to check one out soon, we can at least drool over how cool the concept images look. Hopefully they don't get destroyed immediately with passengers coming and going.