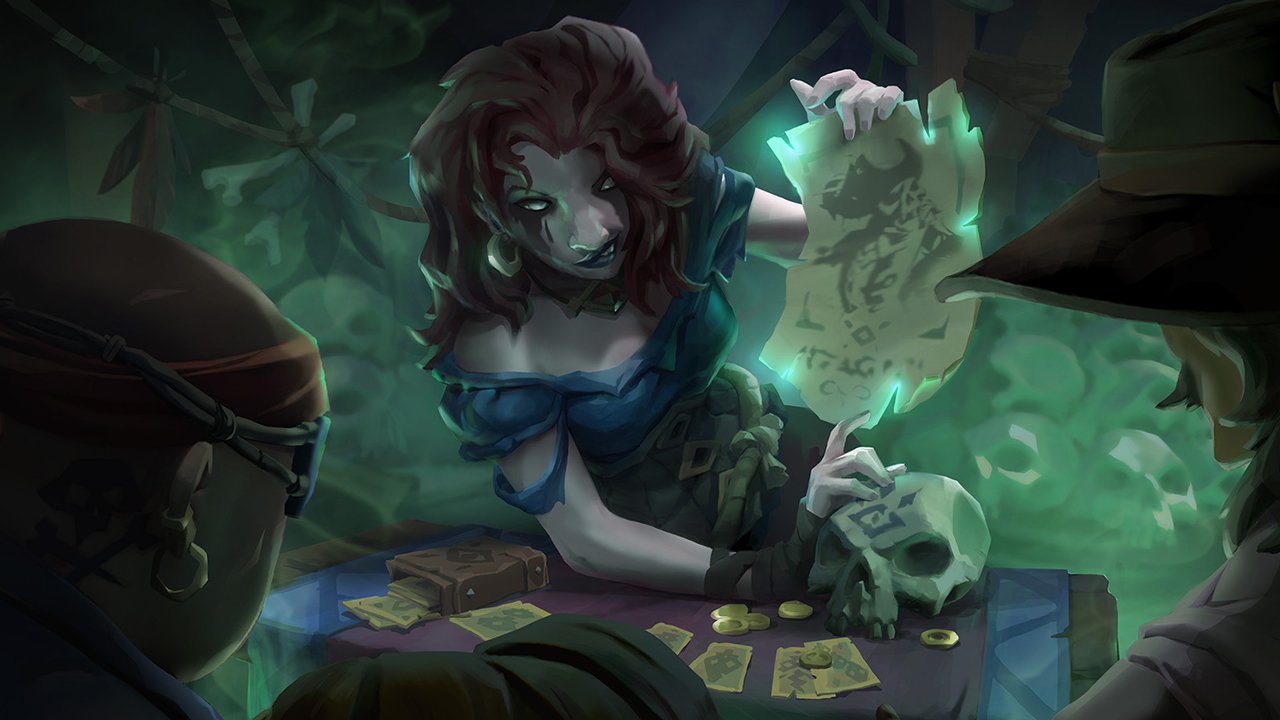 Where to sell skulls - Sea of Thieves

There are a lot of things to sell in Sea of Thieves and skulls are one of the creepier items. For new players, knowing where to sell skulls can be a bit unclear, especially with so much to do and see around the vast watery world. Even some long-term players might run into some problems when looking to sell a Ritual skull.

Where to sell skulls

Only one trading company is going to want to buy your skulls in Sea of Thieves, and that’s the Order of Souls. For new players looking to sell skulls, the Order of Souls can be found on any of the Outposts. Their location will also be on the ground floor of a building with purple fabric used as walls. In fact, they take up shop below the Pirate Emporium.

Inside each Order of Souls tent will be a woman behind a little table, working some magic on a skull. Approach the lady while holding a skull and press the appropriate button to sell it.

Each skull is worth a different amount of gold, with the most valuable skulls being the Skeleton Captain’s Skulls and the Stronghold Skulls. There is of course a skull you get from completing the Shores of Gold Tall Tale that sells for more but it’s an outlier.

There is one type of skull that the Order of Souls will not take and that is a Ritual skull. These Ritual skulls can only be sold to Duke or Stitcher Jim in the tavern for doubloons, a rare currency used to buy limited-time cosmetics.

Now that you know where to sell skulls in Sea of Thieves, you can start making a whole lot of gold. Keep in mind, the white skulls with a red handprint are Ritual skulls and cannot be sold to the Order of Souls. For more helpful tips on all things pirating, check out the Sea of Thieves guide and walkthrough!