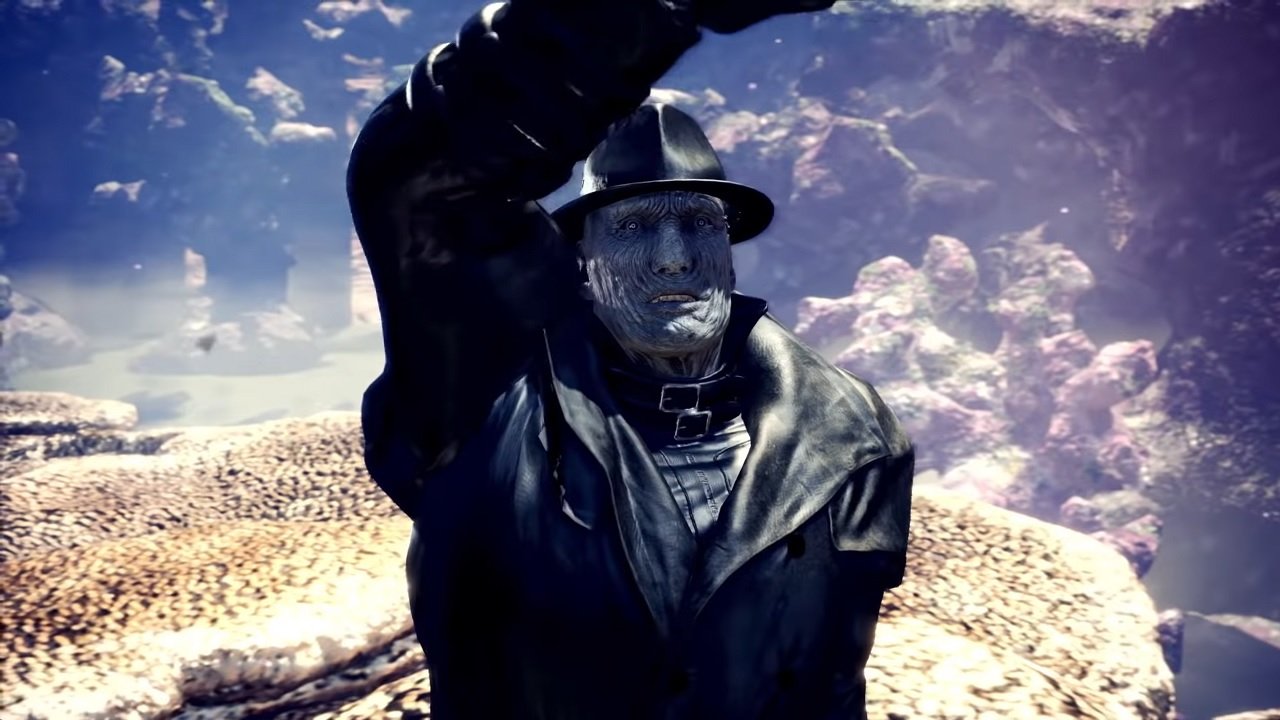 Of all the crossover events that Monster Hunter World: Iceborne has had, its Resident Evil 2 Remake crossover might be the most funny and bizarre so far. Last year, console players got to take on special quests to dress their characters like zombie hunters, as well as Claire Redfield and Leon Kennedy, get trinkets for their weapons, and - arguably best of all - dress the Handler companion like Mr. X, bringing an absurd level of perk to the trench coat-wearing behemoth. Well, it looks like in February 2020, PC players finally get to join in on the fun as the Resident Evil 2 crossover content and gear makes its way over to the PC platform.

The definite highlight of the Monster Hunter x Resident Evil collab which originally launched in October 19 is the skin which turns the Handler into the happiest Mr. X you ever did see, but there are plenty of other goodies as well. Players can take on the powerful Blackveil Vaal Hazak to obtain Master Rank carves and S.T.A.R.S. badges, which can be crafted into special Leon or Claire armor. You also have a chance of being “zombified,” which will cause your character to shamble about and be unable to use normal healing items, at the benefit of regenerating health with your weapon sheathed and gaining resistance to effluvia.

With the event coming up right around the corner, players on PC should keep an eye out for event quests like RE: Return of the Bioweapon, or keep an eye on the Event schedule on the Monster Hunter Website for more information. Don't forget to check out our Monster Hunter World guide and walkthrough hub for all of your hunting and resource needs throughout the base game and Iceborne.