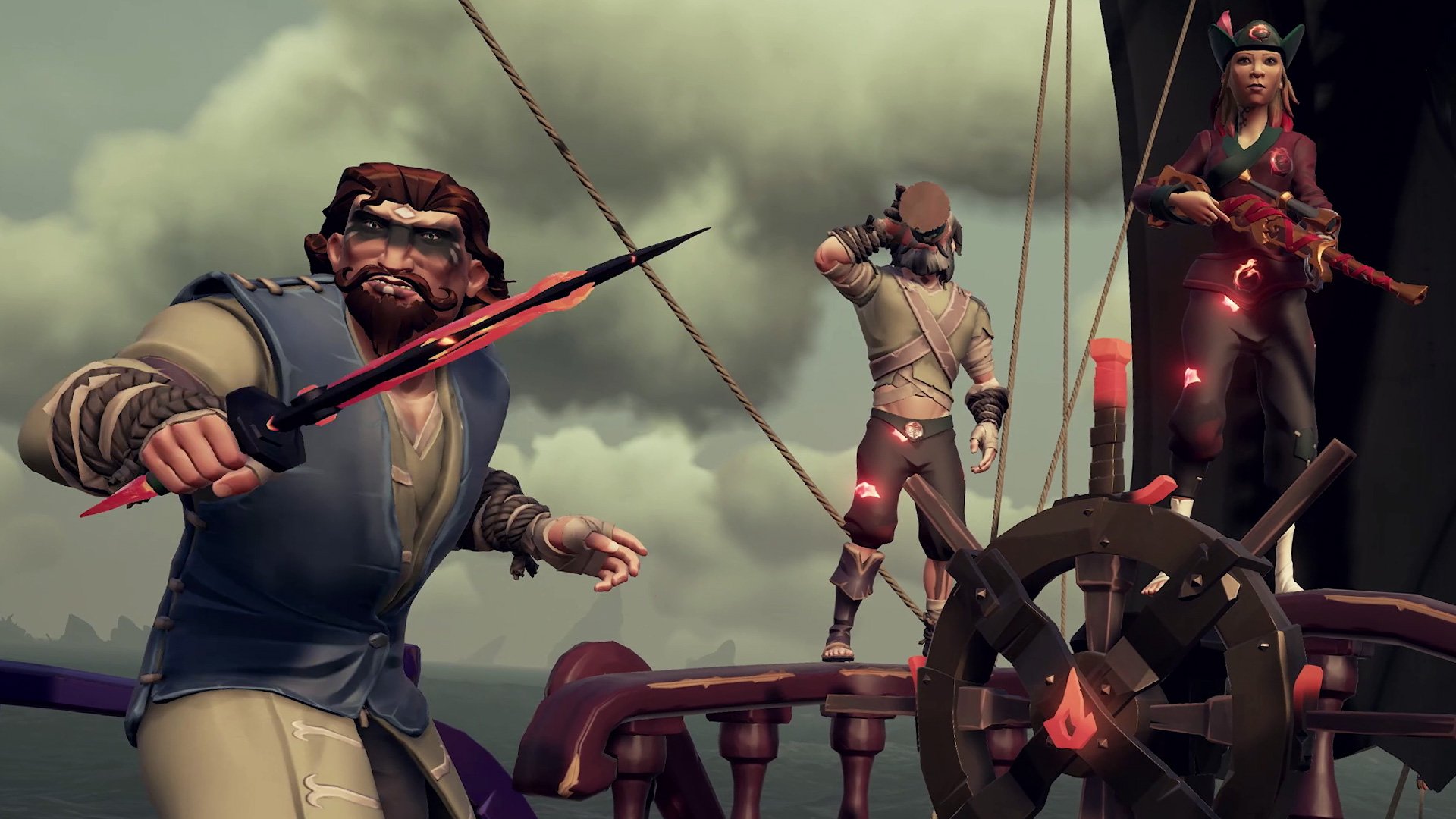 What the red skull on the map means - Sea of Thieves

There are a lot of things to see in Sea of Thieves and one that might confuse new players is a red skull on the map. A ship’s map belongs to the player, so when strange symbols start appearing, it can be a bit scary and peculiar! So let’s take a look at what this red skull means and whether there’s something good if you find it.

Red skull on the map

Sometimes when looking at your ship’s map, you may see a red skull. There are actually a couple of different red skulls but for the most part it will likely mean one thing: a Reaper’s Chest or a Reaper’s Bounty is in play.

Whenever a Reaper’s Chest or Reaper’s Bounty appears in the world, they are also represented on the ship map as a red skull encased in black with a red highlight. When you go and pick up a Reaper item and take it to your ship, the red skull will stay, which means other players will know you have the chest on your ship.

However, whenever a Reaper’s Chest or Reaper’s Bounty is picked up, the fireworks disappear but the red skull stays. Keep in mind that just because there are no fireworks, doesn’t mean there are no Reaper items around. In fact, if you see a red skull but no fireworks, that means another player has picked it up and is likely moving it to their ship.

There is another, less common, skull that you might see. This skull is actually white and is encased in black with a red circle. This is actually the key to the Fort of the Damned. Unlike the normal skeleton forts, the key to this fort appears on your map, this lets other players see where it is at all times! If you see one of these on the map, race over and grab it for a wealth of treasure.

Finally, there’s a chance the red skull you’re seeing is in fact the Reaper mark. If you look at the map and see a shadowy black ship with a Reaper sign, it means that ship has their Reaper flag raised. This marks them on all players’ maps, allowing everyone else to see where they are.

Why would someone put up the Reaper mark? Well, some players might want to attract more attention, like calling out for a fight. There are also some commendations that require you to use the flag in order to unlock them.

Now that the mystery of the red skull on your map has been solved, you will no doubt want to know what to do with Reaper’s Chests and Reaper’s Bounty. For more answers to all your questions, check out the Shacknews Sea of Thieves guide and walkthrough.