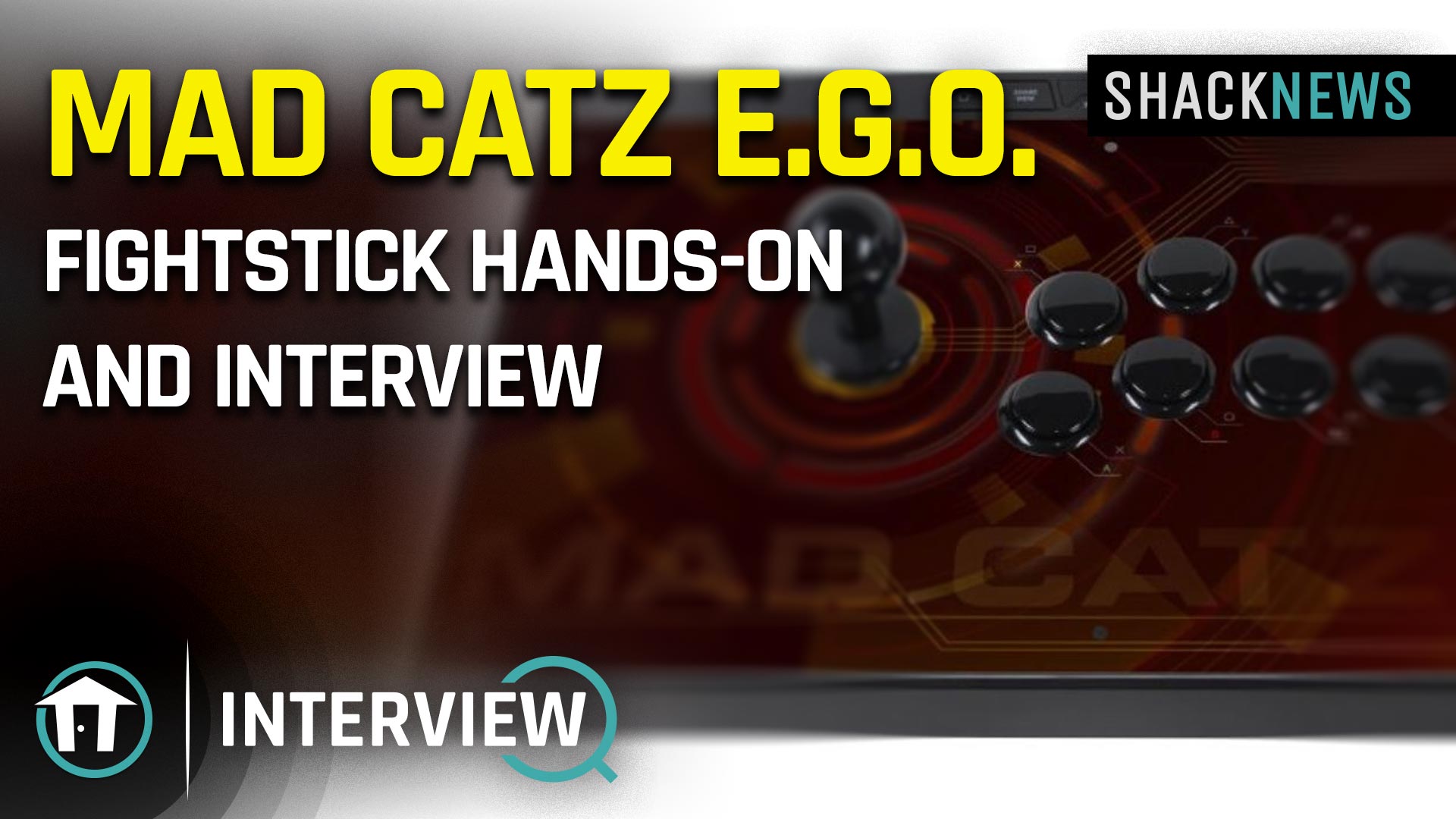 For as long as there have been video game consoles, there have been peripherals that allow us to play in different ways. Many of which are manufactured and distributed by companies separate from those who created the console. Mad Catz has dominated the market of third party gaming peripherals of generations. From controllers, to fight sticks, and more, Mad Catz has quite the catalog of gaming accessories.

It’s been several years since Mad Catz released a fight stick, the gaming peripheral that’s become synonymous with the fighter genre, along with many retro titles. They’re returning to this market with their latest product, the E.G.O. Fightstick. Our own head of video production Greg Burke caught up with Mad Catz to learn more about their new device.

Creating retro-style peripherals in the modern day can be a bit tricky, considering how far the technology has grown over the years. Mad Catz is wary of this and has designed the E.G.O. Fightstick in such a way that captures the authenticity, while still accommodating for all of the input controls of a PS4 or Xbox One controller.

Another interesting tidbit from the interview is how Mad Catz designed the hardware in a way that allows it to be used on a variety of platforms, instead of being exclusive to one. The Fightstick is plugged into the controller, and then the controller is connected to the console or PC.

If you’re interested in the Mad Catz E.G.O. Fightstick, it will cost $179 once released. For more hands-on and interviews, subscribe to Shacknews and GamerHubTV on YouTube.