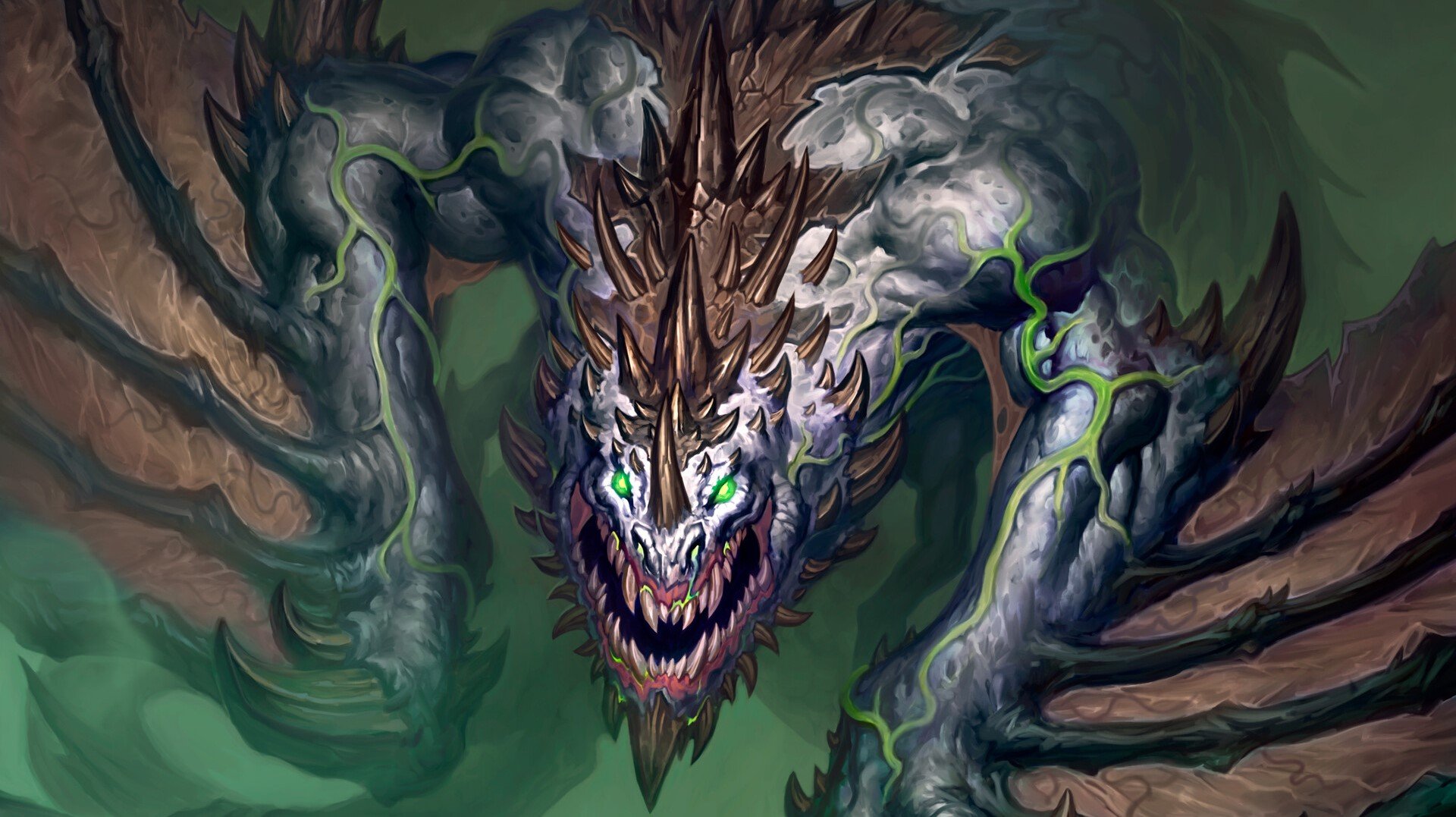 On top of talking to some of the people behind Hearthstone Esports, Shacknews is getting a lay of the land and checking out some of the most interesting decks to hit this weekend's tournament. So we're spotlighting five of those decks today, in case anybody's interested in trying their luck with any of them out on the ladder.

What a fascinating Priest deck that James "Firebat" Kostesich has brought to this tournament. On its face, it looks like a standard Resurrection Priest, complete with the usual tools, like Archmage Vargoth, Mass Resurrection, and Catrina Muerte. What makes this build different is the inclusion of the one-two punch of Galakrond, the Unspeakable and Kronx Dragonhoof. Here's what makes their inclusions a bit strange. One, there's nothing to Invoke Galakrond, meaning there's no way to upgrade it. Two, the Galakrond minions that come out of his Hero Power could poison the Resurrection well.

The deck has worked out for Firebat so far, but this is an odd flavor of Rez Priest and a fascinating idea to use out in the field.

Korean top player Jungsoo "Surrender" Kim has brought an interesting twist on the Highlander Hunter, if only because it has multiple finishers. The idea here is to wear down the opponent with Beasts early. And yes, the vanilla River Crocolisk might look like a head-scratcher, but it goes nicely with the new Fresh Scent spell that just debuted with Galakrond's Awakening. After wearing down the opponent enough, Surrender can finish with either Leeroy Jenkins or Dinotamer Brann.

Also, don't sleep on that Bad Luck Albatross inclusion. It can be buffed by Fresh Scent and quickly become a threat and once it's removed, the two 1/1 Albatrosses that it leaves in the opponent's deck can wreck their Highlander strategies.

Frank "Fr0zen" Zheng bring a different spin on the Conjurer Mage, opting to mix in an inkling of Cyclone Mage. The Cyclone Mage strategy can get him through the early game and provide him with a valuable set of random spells. It makes his hand large enough to play Mountain Giant, but more importantly, it discounts the new Mana Giant to a cost of zero. Once it hits the board, it's time to run with Conjurer's Calling, which can overwhelm the opponent with multiple 8-cost minions.

There's also Chenvaala as a backup strategy, which plays nicely with Sorcerer's Apprentice and the various 1-Cost spells. This can fill up the board quickly and could ward off the opponent if the Giants aren't showing up.

When a majority of the decks go aggressive, the solution is often to go the methodical route. There are a number of Control Warrior decks at Hearthstone Masters Arlington, but it's Facundo "Nalguidan" Pruzzo's build that stands out. He opts to leave a bulk of the Dragons typically seen in these decks on the sidelines and instead opt for additional control options, like Ramming Speed and Militia Commander.

Armagedillo is the minion to watch here, since Nalguidan has seen fit to add a handful of Taunt minions to his deck. And with 4/7 stats, it's not an easy removal itself.

2018 HCT Fall Champion Mihai "Languagehacker" Dragalin loves nothing better than taking an established deck type and attempting to go "cosmic brain" with it. This time around, he's tinkering with the Quest Priest. And yes, he has the usual array of tools, like Mass Resurrection and Catrina Muerte. But it's the backup strategy that could prove most fascinating.

See, Languagehacker's also packed in Hakkar, the Soulflayer, which not only wrecks Highlander decks in a bad way, but also actively penalizes the opponent for continuing to rummage through their deck. And with the resurrection spells and minions available, having Hakkar come back for repeat tours is a dangerous proposition. And if there are indeed multiple Hakkars that hit the board, he has Archivist Elysiana as a safety net for himself.

Any decks from this weekend that are standing out to you? Join the conversation and let us know. Hearthstone Masters Tour Arlington is airing all weekend on YouTube.