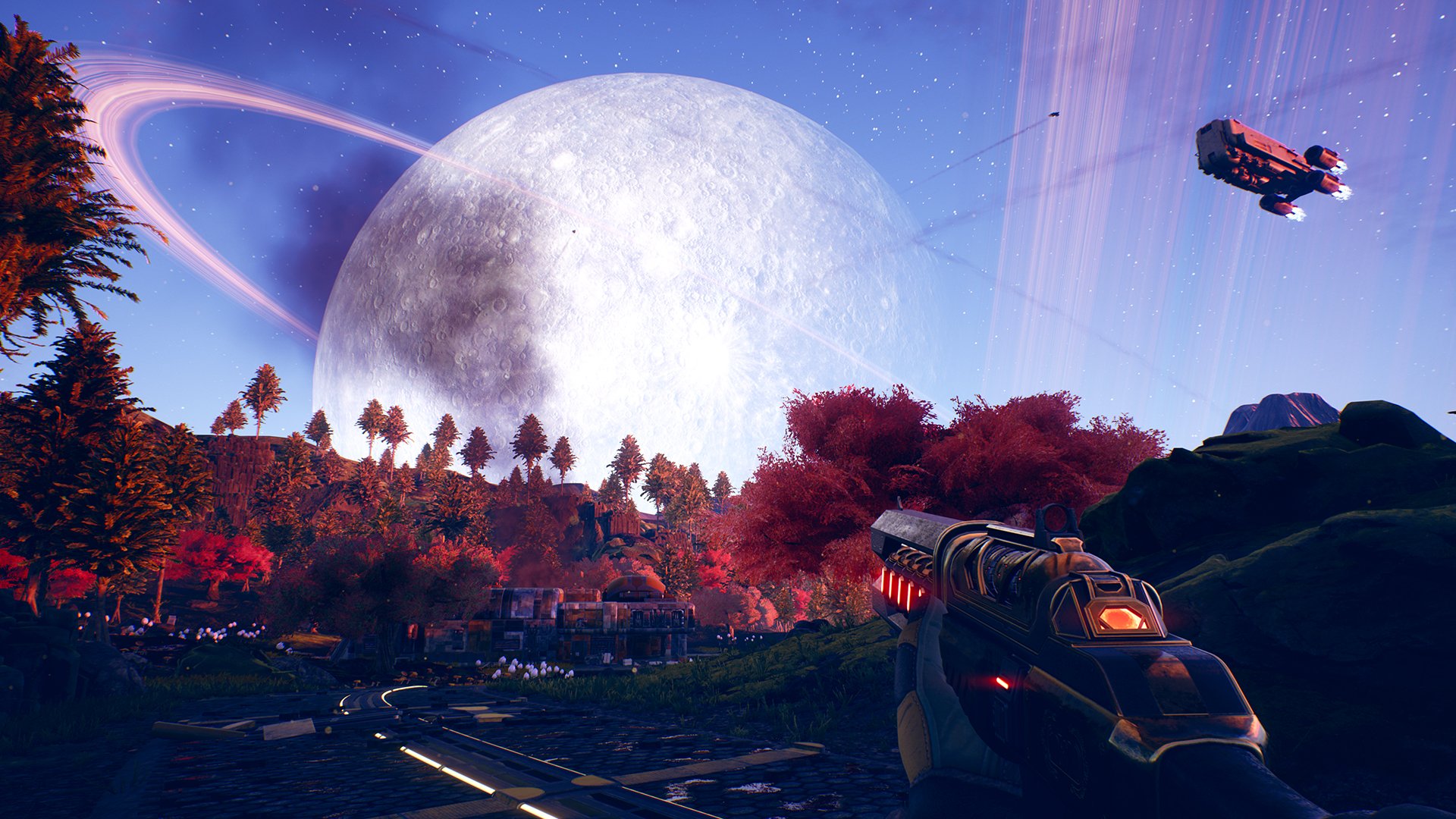 The Outer Worlds arriving on Nintendo Switch this March

Obsidian Entertainment scored one of the biggest hits of 2019 with the release of their sci-fi RPG epic The Outer Worlds. PS4, Xbox One, and PC players got the opportunity to experience a finely-crafted RPG from one of the masters of the genre. Later this year, Nintendo Switch owners will finally be able to get a taste of that same sweet fruit when the game launches for the popular handheld on March 6, 2020.

The synopsis from the game’s official site explains the setup in case you lived under a rock and haven’t heard of the game yet:

Lost in transit while on a colonist ship bound for the furthest edge of the galaxy, you awake decades later only to find yourself in the midst of a deep conspiracy threatening to destroy the Halcyon colony. As you explore the furthest reaches of space and encounter various factions, all vying for power, the character you decide to become will determine how this player-driven story unfolds. In the corporate equation for the colony, you are the unplanned variable.

Our own Bill Lavoy declared that The Outer Worlds was, “a top-notch RPG with heavy consequences at almost every turn for those that are willing to immerse themselves,” in his review of the game. If you have plans to pick up the game for Nintendo’s Switch handheld, you can prepare yourself for the journey by taking a look at our extensive collection of guides for the game. These will also come in handy if you already have the game and just need a little bit of help.

For more information on the biggest video game releases on the horizon for this year, be sure to check out our 2020 release date calendar.