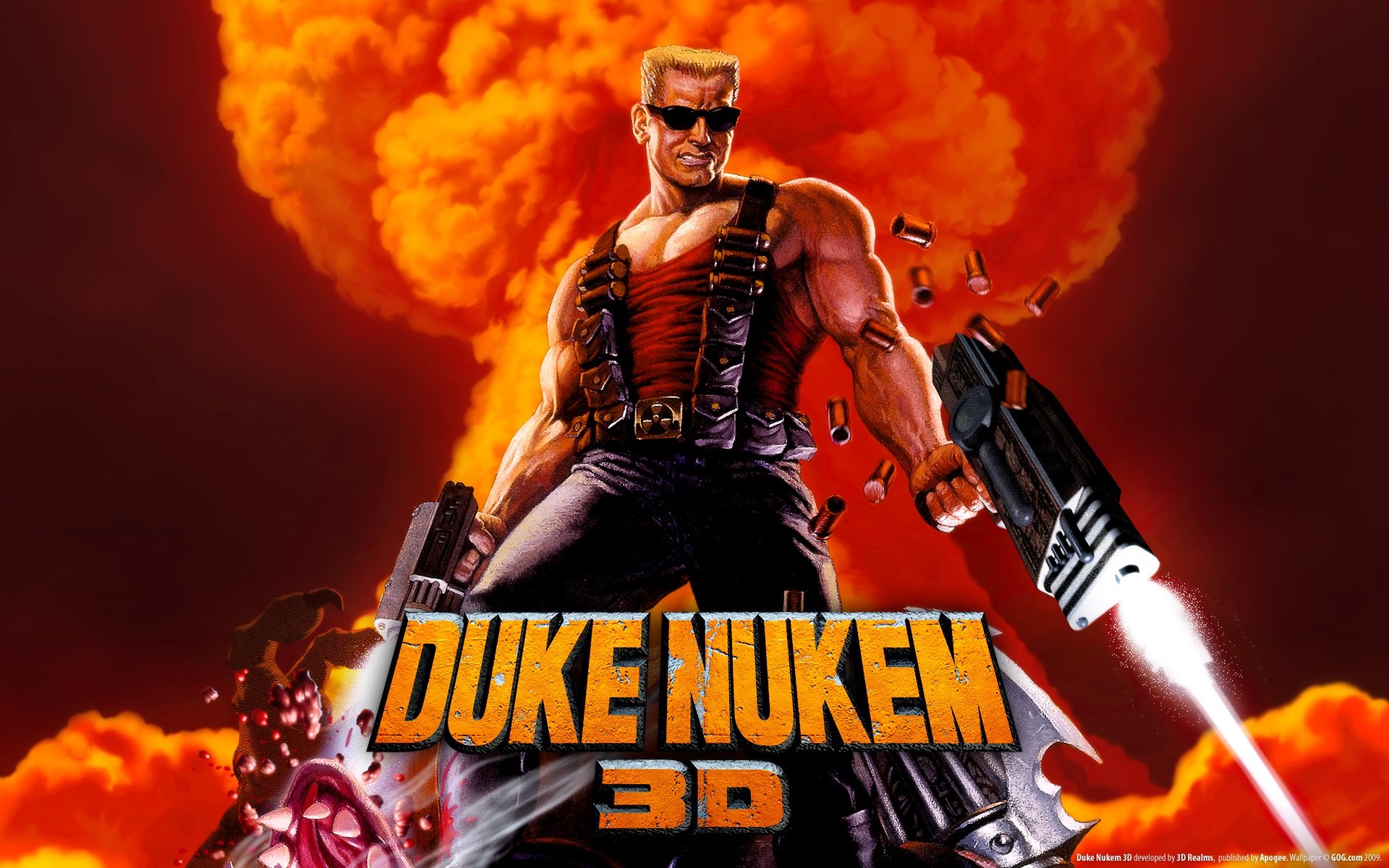 Hey Shacknews, it's time for Evening Reading. Let's officially close out our day of posting. Please take a look at this extra large assortment of happenings from the day.

Hail to the King, Baby!

Duke Nukem 3D was the quarterfinal game at the Shacknews World Championship in 2018 and the shareware shipped 24 years ago today. Shake it, Baby!

Team Bloomberg goes all in on Big Gay Ice Cream

Ok, Bloomer. Trump Dump dunked all over him this morning in that daily Shacknews Chatty mega thread, but I am coming back for seconds of that ice cream. Delicious.(Turn on political filters to see the Trump Dump)

Oreo is in a dark place as a brand

Thanks, I hate it.

The game is just full of insanely challenging levels. Shell jumps are my kryptonite.

Cuphead is Smash is a good thing. Sakurai agrees.

Upsmash is my favorite Byleth move

The fact that it scoops from the front, not worth challenging from above, has multiple hit boxes, and kills brings me joy.

Does anyone have the frame data for that and upB?

Leffen is not buying the hype.

Byleth up B combos are a complete meme btw, DI behind gets out for free with no counterplay and leaves byleth in a terrible spot.
Sad that his most unique move is basically useless offensively.

Dabuz is also not sold on Byleth.

Byleth is better than initial impressions? She's grimy AF and sometimes you just die after not being able to get close

Zelda's buffs are big, but she has more issues than what the buffs did for her

Top tier characters when they see that Pikachu is still avoiding nerfs while being busted pic.twitter.com/1lWMJcrbC1

Information received since the Federal Open Market Committee met in December indicates that the labor market remains strong and that economic activity has been rising at a moderate rate. Job gains have been solid, on average, in recent months, and the unemployment rate has remained low. Although household spending has been rising at a moderate pace, business fixed investment and exports remain weak. On a 12‑month basis, overall inflation and inflation for items other than food and energy are running below 2 percent. Market-based measures of inflation compensation remain low; survey-based measures of longer-term inflation expectations are little changed.

Consistent with its statutory mandate, the Committee seeks to foster maximum employment and price stability. The Committee decided to maintain the target range for the federal funds rate at 1‑1/2 to 1-3/4 percent. The Committee judges that the current stance of monetary policy is appropriate to support sustained expansion of economic activity, strong labor market conditions, and inflation returning to the Committee's symmetric 2 percent objective. The Committee will continue to monitor the implications of incoming information for the economic outlook, including global developments and muted inflation pressures, as it assesses the appropriate path of the target range for the federal funds rate.

In determining the timing and size of future adjustments to the target range for the federal funds rate, the Committee will assess realized and expected economic conditions relative to its maximum employment objective and its symmetric 2 percent inflation objective. This assessment will take into account a wide range of information, including measures of labor market conditions, indicators of inflation pressures and inflation expectations, and readings on financial and international developments.

Delta was fined $50K for discriminating against Muslim passengers.

In one case, a pilot ordered a Muslim couple off a flight after a passenger said they made them "uncomfortable" and a flight attendant saw one text the word "Allah".

Some crew have to do civil rights training. pic.twitter.com/KX2vVLJ0j9

There you have it, Shacknews. Your Evening Reading for January 29, 2020. Please consider subscribing to Shacknews Mercury to support our site for as little as $1/month. Here is a short video of Lola to brighten your night.