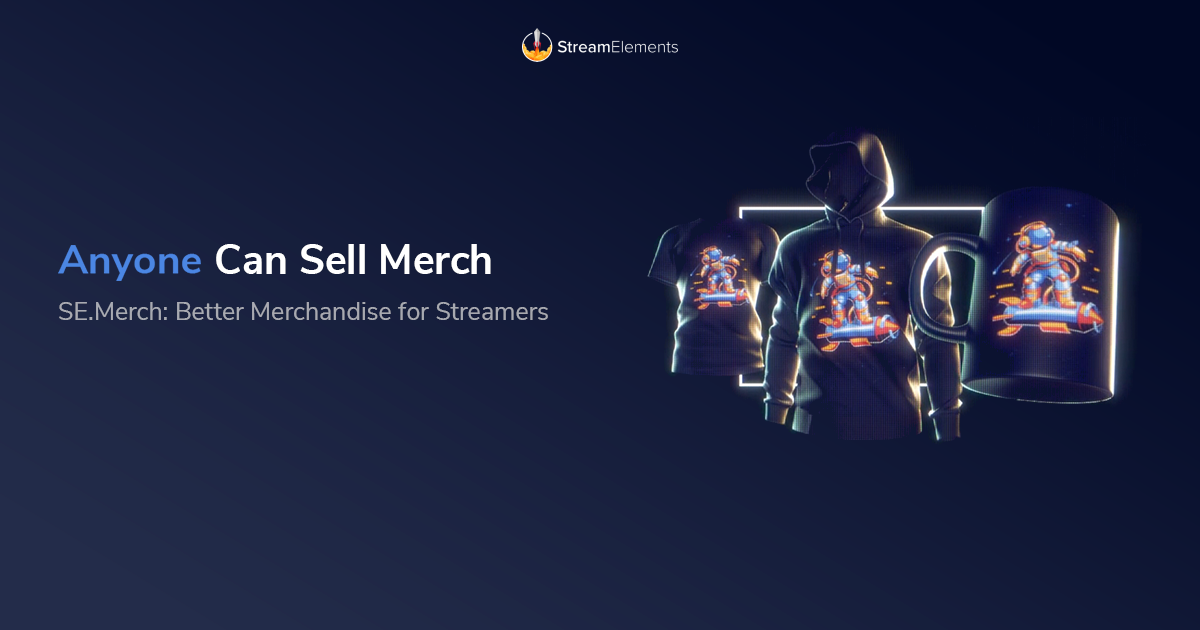 StreamElements has announced a brand new feature for users called SE.Merch. Streamers will be able to sell merchandise on their own virtual storefront. This is a 100% free feature with no paywall. StreamElements found that 85% of streamers do not offer merch, with inventory and storefront management being two of the barriers to entry. Check out the announcement video.

Here are some of the benefits for SE.Merch:

“The pain points we were trying to solve for with SE.Merch was to make creating and selling merch quick and easy, while ensuring it was as lucrative as possible for the content creator community,” said Doron Nir, CEO, StreamElements. “We also made it completely free to use to avoid the negative impact that comes with upselling streamers with gated features. Since this is one of our core products, we will be continuing to add more items and refining it based on community feedback.”

The SE.Merch Open Beta will be available for Twitch users, but StreamElements does plan to expand this service to other streaming platforms like Facebook Gaming, YouTube, and Mixer. At the time this article went live, users are able to sell hoodies, t-shirts, mugs, stickers, and mousepads. The company has stated that more items are planned to be added in future updates to the service.

The service was in Closed Beta with several streamers gushing over the feature's ease of use. To find out more about SE.Merch, head over to the official StreamElements website. Shacknews has our own merch already, so if you would like to support us, head over to Shack Shop, or consider signing up for Super Mega, Ultra, Mega, or Ludicrous tiers of our Shacknews Mercury subscription service.