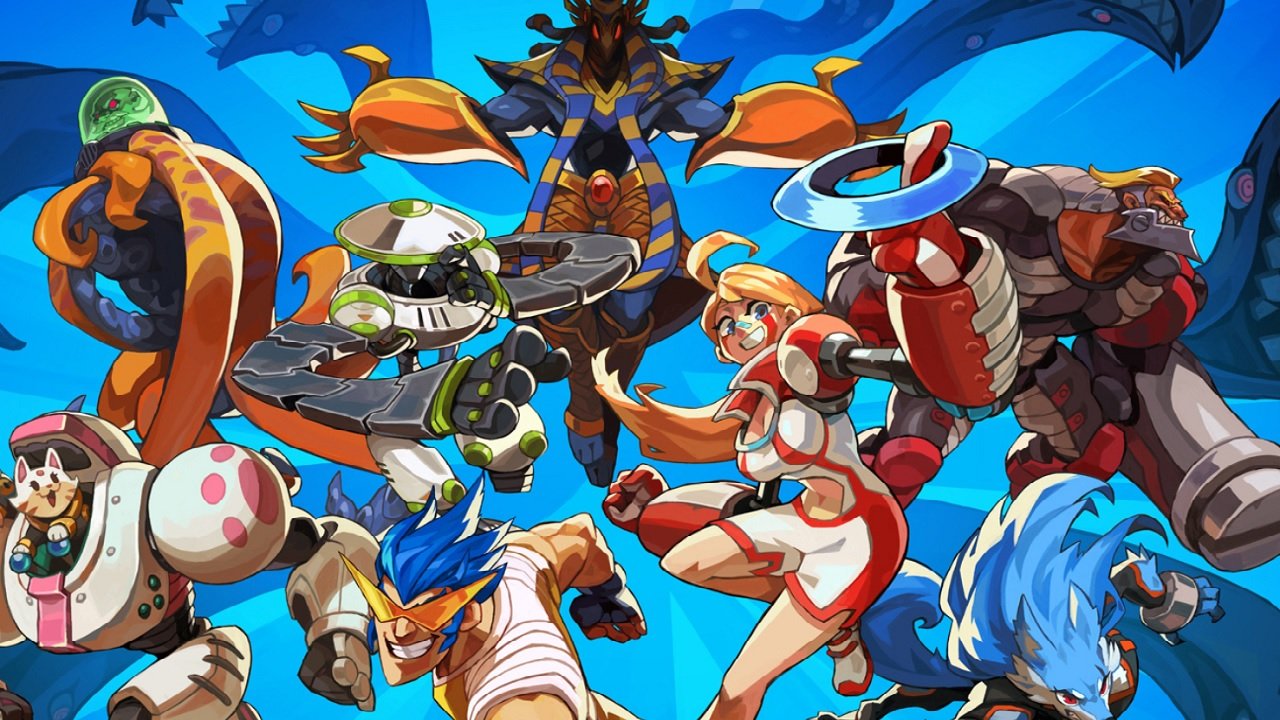 It’s been an interesting couple years for games like Windjammers. Notable faces like WWE Star Xavier Woods and major players among the fighting game community have brought new life to the disc-chucking sport genre. There have been imitators, but Shot One might be standing above any game of this kind that we’ve seen before. It takes the Windjammers formula, brings unique characters to it, and sets itself apart by giving them super moves in addition to their stats to boost the strategy on the court. I played the game at PAX South 2020, and walked away believing Shot One has everything it needs to be an enjoyable competitive title for a long time.

Shot One step ahead of the game

Shot One comes from Red Moon Workshop and has been in development for over a year. If it looks like Windjammers right off the bat, that’s because it very much is meant to be a spiritual successor. All the core elements are there. Each character has a throw, lob, and dash to get around their side of the court. Two players oppose each other and throw a disc back and forth, trying to either land it in the other’s goal for 3 or 5 points, or lob it to the empty ground on your opponent’s court for 2 points. The first player to score 15 points takes a set and the first player to take two sets wins the match. If you catch the disc, you can fling it back quickly in an increasingly speedy and powerful back and forth that can lead to even knocking your foes into their own goals. Everything anyone loves about Windjammers is all here.

Where Shot One sets itself apart from Windjammers is in the dimensions of the characters. Each character in Shot One has stats like speed and power, but it’s their specials that really make them stand out. You have a hype meter that builds as you continue to play, and once it’s full, your character can employ a special move to turn the tides of the match. For instance, the character Vlad can activate his meter to instantly spark dash around his side of the court, becoming extremely speedy and strong on defensive catching and offensive rebuttals. My favorite was Queen Kyu, who is a cat in mech suit. Her special allows her to fire a second cat onto her side of the court who will act as a landmine of sorts for passing discs, tossing caught discs to Queen Kyu for some startling offense.

Plus she's just so very haughty.

Each character has their strengths and weaknesses and my time with the demo had me thinking of Overwatch characters and ultimates. I could see where players would absolutely gravitate to one character or another based on their offensive, defensive, or tricky style.

I wasn’t far off in my interpretation of Shot One’s unique characters. According to Red Moon Workshop Founder and Art Director Sirio Brozzi, it was fighting games that originally inspired the direction of the characters.

“I’m a big fan of retro Capcom games from the 1990s, so I wanted to channel that kind of colorful energy and character variation into the game,” Brozzi explained. “Windjammers has an almost strictly athletic thing going on. I felt like we could do something more exciting. We’re big into fighting games, so we decided to integrate a lot of fighting game mechanics, including the stats for the characters, unique signature movies, and hyper abilities. We spent a lot of time researching fighting games and brainstorming stuff that would be cool, but still fall into the disc-throwing theme of the game.”

It comes across easily just how much the team at Red Moon worked to make these characters lushly colored and varied in gameplay. Shot One doesn’t totally shirk the colorful 1980s aesthetic of Windjammers so much as it takes that lush color in a different and distinct direction in both the characters and through the courts.

A story to be told

More than just functionally different characters, I definitely got the vibe of personality oozing out of the design of the Shot One cast. Through animation, sound, and gameplay style, Red Moon really made these characters pop as I was playing them and I felt that they have more up their sleeve than competition. To that end, Brozzi told me they’d love to make story modes and further context for the characters.

“One of my pet peeves in a lot of fighting and other games was these characters not having much story development to them,” Brozzi admitted. “I feel like people get more attached to the characters if they actually know who the heck they are and what they’re about, so we’re actually working on laying out a very unique story mode for the game, and working to get the funding that will allow us to do it in an episodic way or something similar that will help flesh out the story, heroes, and villains of the Shot One universe.”

For those who are worried about missing out on competitive modes in Shot One, no worries. Those are still at the core of the game. Red Moon told me they’re working on putting ranking systems, tournament setups, and further features together to ensure that the competitive community will have plenty to look forward to in the game.

Shot One is ambitious to say the least, but the groundwork is there. Four characters were playable at PAX South and four more are on the way in addition to all of the aspirations they have for modes and features in the game. Even with four characters, they had enough going on to catch everyone’s attention during PAX South. This will be well worth watching for a long time to come.

Red Moon is hoping to launch Shot One within a year or two on PC, Xbox One, PlayStation 4, Switch, and possibly further platforms. To learn more about the game, be sure to check out the Red Moon Workshop website, or follow Shot One on Twitter for the latest news and updates on the game. Want to ready up on more good characters and fighting game sensibilities? Check out our PAX South 2020 hands-on with Streets of Rage 4!