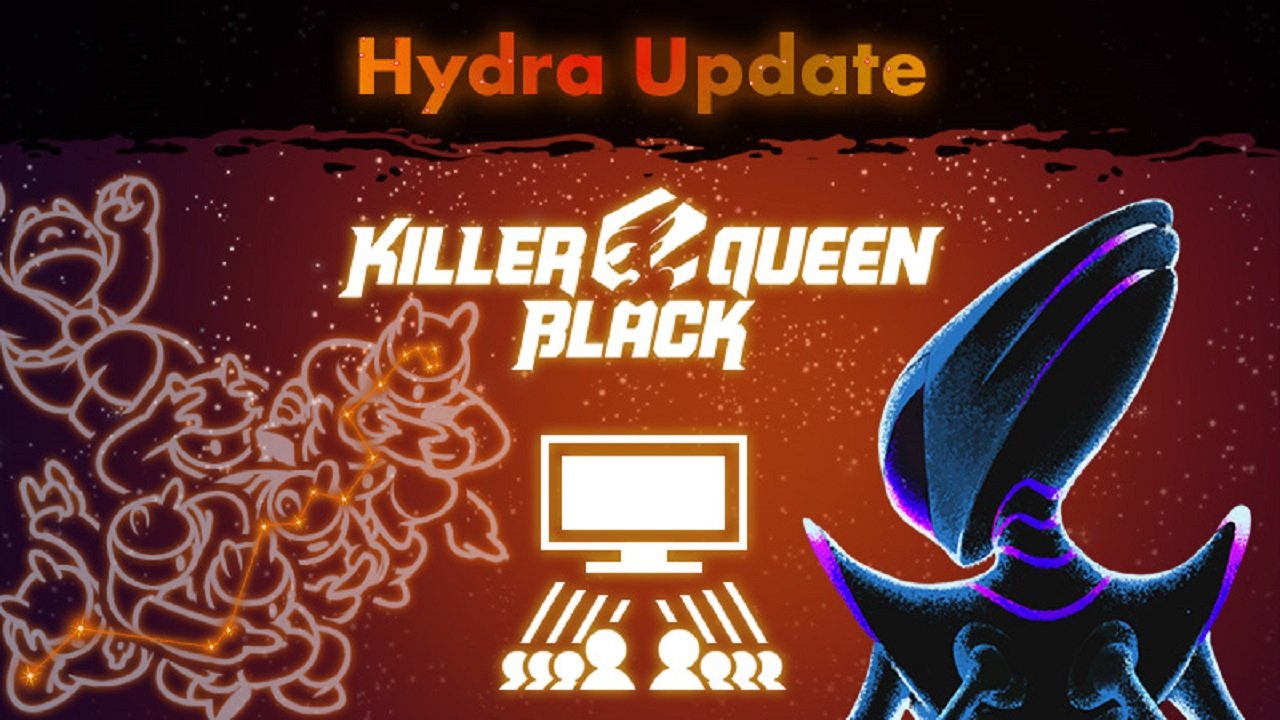 Killer Queen is an incredibly fun and strategic team game whether you’re playing it in the arcades or in your home on Killer Queen Black, but one thing that the home version has been missing for a bit is the ability to bring full opposing teams together under one roof. That has changed with the new Killer Queen Black Hydra Update, which brings 8-player local multiplayer to the game alongside a slew of other updates.

In addition to the 8-player local multiplayer, the Hydra Update for Killer Queen Black brought along a host of other changes, including better map pool variety, bots in local and custom games to fill out the teams, and more. Check out the full list of changes below as posted by Liquid Bit.

With this update, Killer Queen Black has also been put on sale for 50% off on Steam and Nintendo Switch, so if you’ve been waiting to jump into the game, it’s a pretty good time to get some friends together and get your Killer Queen on.

For more on Killer Queen Black, check out what we thought of it when Shacknews checked it out at E3 2019’s IndieCade Showcase.