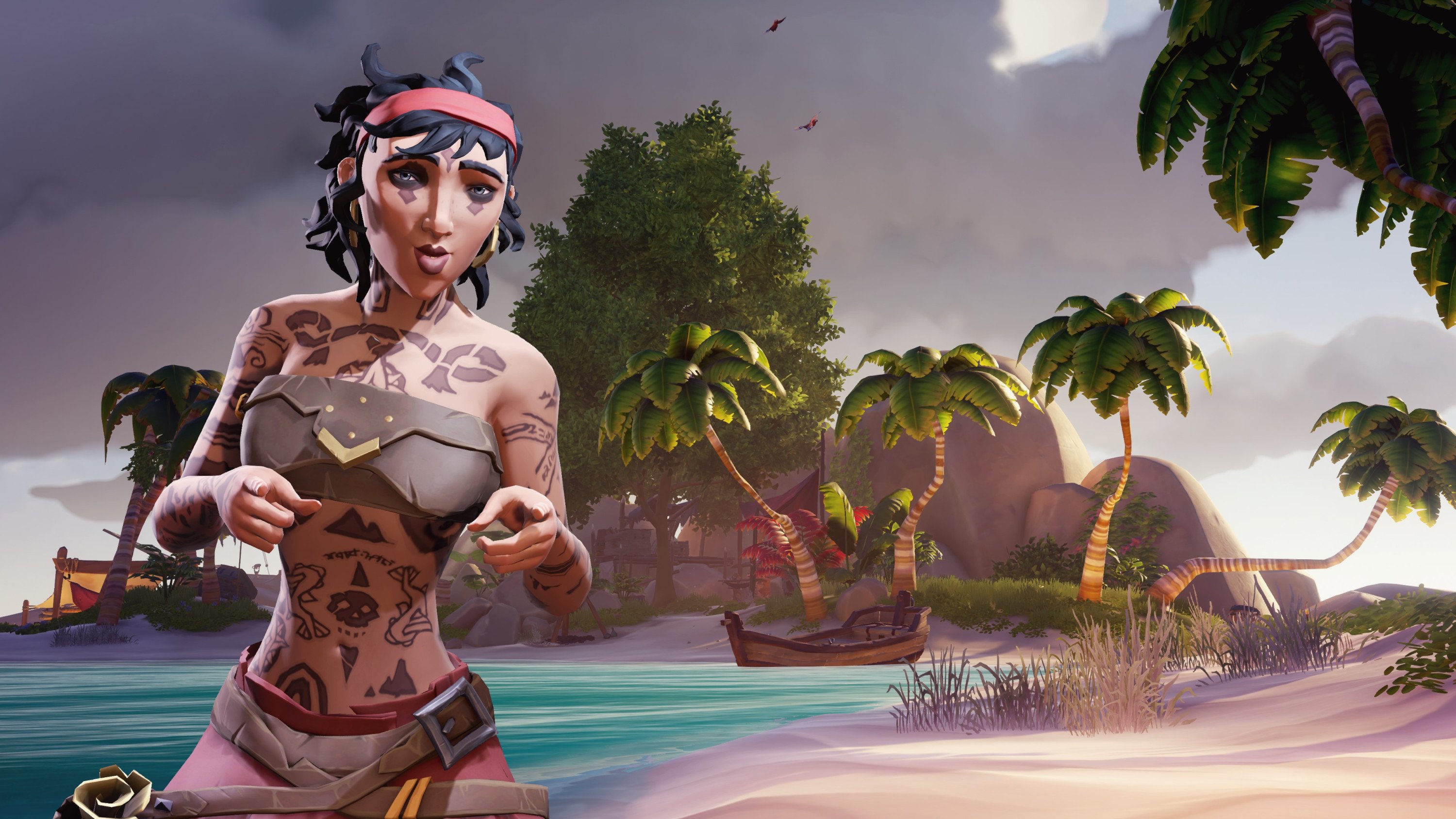 It's 2020, so that means a bevy of new Sea of Thieves content is about to float your way. Ring in the new year with the game's first free monthly content update of the new decade.

This Sea of Thieves update is out now, as detailed in the official Xbox announcement, and it's all about sending players in search of new Reapers' Chests and discovering the Legends of the Sea.

First off, players will be able to call upon scribe Umbra to help them figure out what all the weird etchings around the Sea of Thieves world mean. If you find them and interact with them with Umbra's help, you might earn new titles, tattoo sets, and doubloons, and Commendations.

What's more, Duke has returned to his rightful place as the leader of the Bilge Rats. He has a list of new Gilded Voyages for you to take on, which you can tackle by heading over to the Reaper's Hideout and getting started. You'll also find new Ashen Tomes there.

Finally, the new Reaper's Bounty Chests will reward you with a whopping 25,000 gold if you can tackle them. You'll see the beacon showing a golden hue to indicate their contents, and all the chests need to be returned to The Reaper's Hideout.

For more information on the latest Sea of Thieves content update, as well as the amazing 10 million unique players milestone the game has achieved, take a look at the official Xbox news release. Players who jump into the new Legends of the Sea update within the first week will be given an entitlement for a free "X" Marks the Spot emote and matching sails.

So what are you waiting for, sailor? Get out there and make those waters yours!