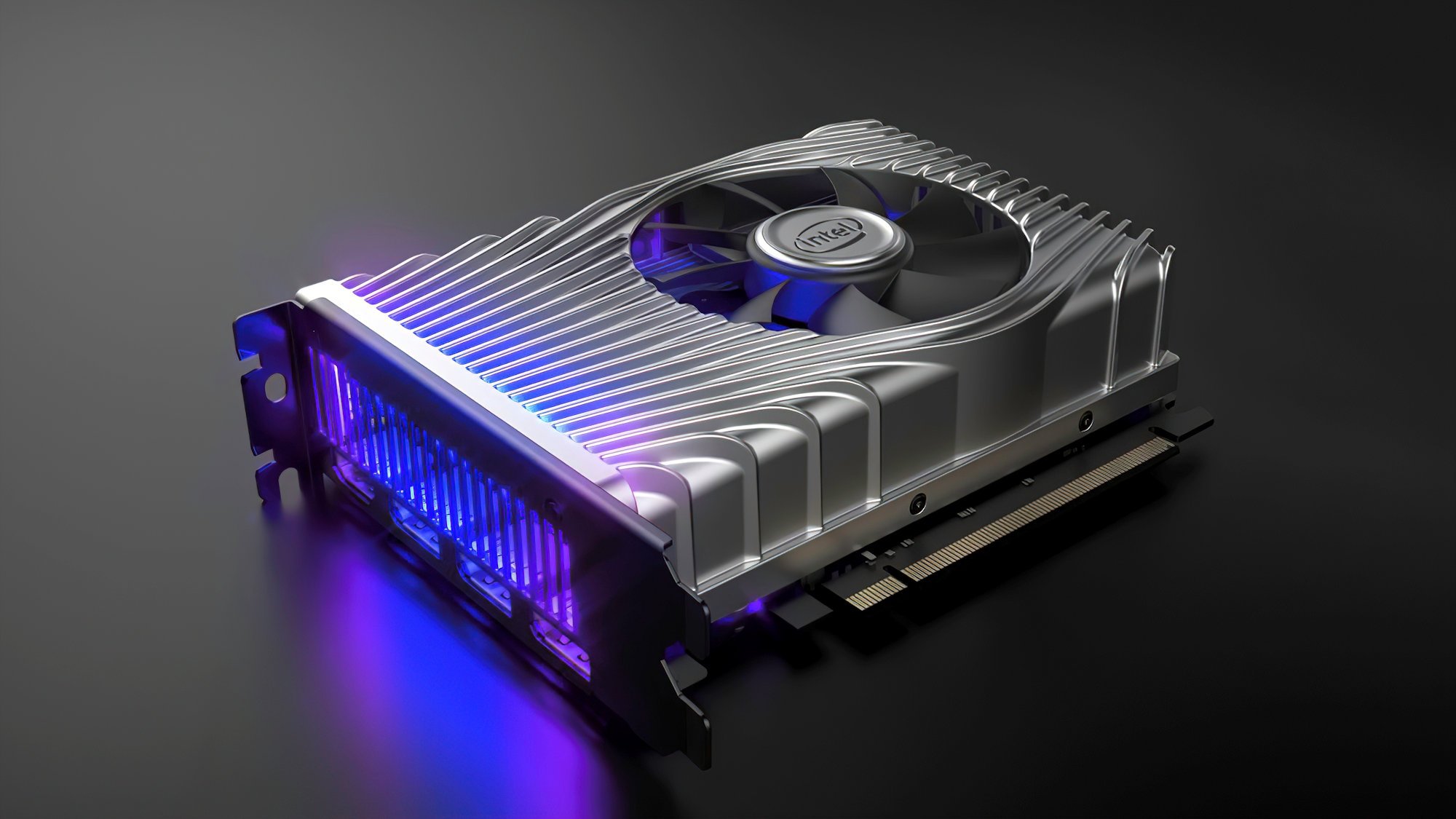 After more than two decades of sitting on the sidelines, Intel is ready to jump back into the discrete graphics game. At CES 2020, Intel took the wraps off the first discrete graphics card it has produced since the i740 way back in 1998. The new card is known as the Xe DG1 and hosts a GPU that is shared with the upcoming Tiger Lake mobile CPUs. While this new card is not intended for sale to the public, it will be made available to software developers so that work can begin on optimizing games and applications for Intel’s graphics architecture.

The Xe DG1 card that Intel was showing off at CES looks very much like a conventional graphics card in the year 2020, right down to the integrated RGB lights. The card is a double-slot solution that sports a single HDMI port and three DisplayPort jacks, presumably allowing for multiple monitor support. The plastic shroud around the PCB holds a single cooling fan with exhaust holes on the I/O shield. Were it not for the Intel sticker on the fan, it could pass for any other single-fan graphics card on the market.

When it comes to specifics, Intel was rather coy. The company did not show any silicon or speak of transistor counts. The memory configuration on the card is also unknown. The lack of any PCI-E power port on the card means that it won’t draw any more than 75 watts, though actual power consumption is likely much lower with this GPU also being integrated with mobile CPUs.

Intel has no current plans to try and compete at the top of the consumer GPU market, so no one should expect a rival for NVIDIA’s RTX 2080 Ti or AMD’s Radeon RX 5700 XT, but this new GPU is going to be very enticing for the budget market and customers requiring low-power options. NVIDIA and AMD’s offerings in the sub-$100 GPU market have been stagnant for some time now.

The CPU giant confirmed that the GPU in the Xe DG1 is the same design that is being integrated into the Tiger Lake mobile CPUs. This external card is to get that GPU into the hands of developers so that game engines and other software can be optimized for products that Intel will be releasing in the future. Additionally, any optimization will also help performance for the mobile CPU solutions offered by Intel. The gaming laptop market is currently dominated by NVIDIA’s mobile parts and Intel would love to get a bigger slice of that pie, beyond what they receive for their CPUs.

The last time Intel was offering a discrete graphics card for the masses was way back in 1998 with the release of the i740. At the time, Intel had begun selling chipsets and motherboards that supported the then-new AGP graphics slot. Most of the bigger graphics cards producers like 3DFx and ATI were still using the PCI slot for their products and Intel wanted to show off the benefits of AGP (to help sell new CPUs and motherboards, naturally). The i740 did pretty well around the time of its release but was soon overtaken by the competition within the year. Most of the follow-up products to the i740 were shelved and Intel has been trucking along with integrated graphics ever since. Maybe the Xe DG1 is the first step towards having a legitimate third option in the discrete graphics card market.

For more coverage on CES 2020 and all things tech, keep checking in with Shacknews. We will be monitoring all of the newest graphics cards expected to arrive in 2020, as well as taking a closer look at the hardware in the upcoming PS5 and Xbox Series X consoles.