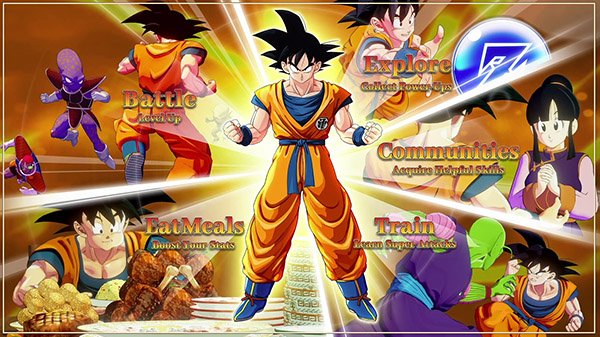 Dragon Ball Z: Kakarot is going to be a fun twist on the typical Dragon Ball game, and we can't wait to take a look at it.

That's why we're always glad to see more news popping up from Bandai Namco and developer CyberConnect 2 about what to expect from the game when it debuts. The new trailer that just debuted shows off how players (as Goku) can grow during their adventure throughout Dragon Ball Z: Kakarot.

This include leveling up in battle, exploring the game world and collecting various power-ups, earning new skills, and boosting their stats by eating, which happens to be one of Goku's favorite things to do.

In this, Dragon Ball Z: Kakarot certainly looks like an exciting way for players to see one of the most beloved characters from the series progressively getting stronger. With the game on its way out soon, you'll be able to get your hands on it come January 16, when it's available on PlayStation 4, Xbox One, and on PC the next day on January 17.

That means you've got some time to get started on watching the anime just in case you haven't seen it yet, though it might be interesting to go into the game completely blind since it looks like you get a pretty wide slice of the story there.

What do you think of the newest Dragon Ball Z game to hit the market? Will you be picking up a copy?