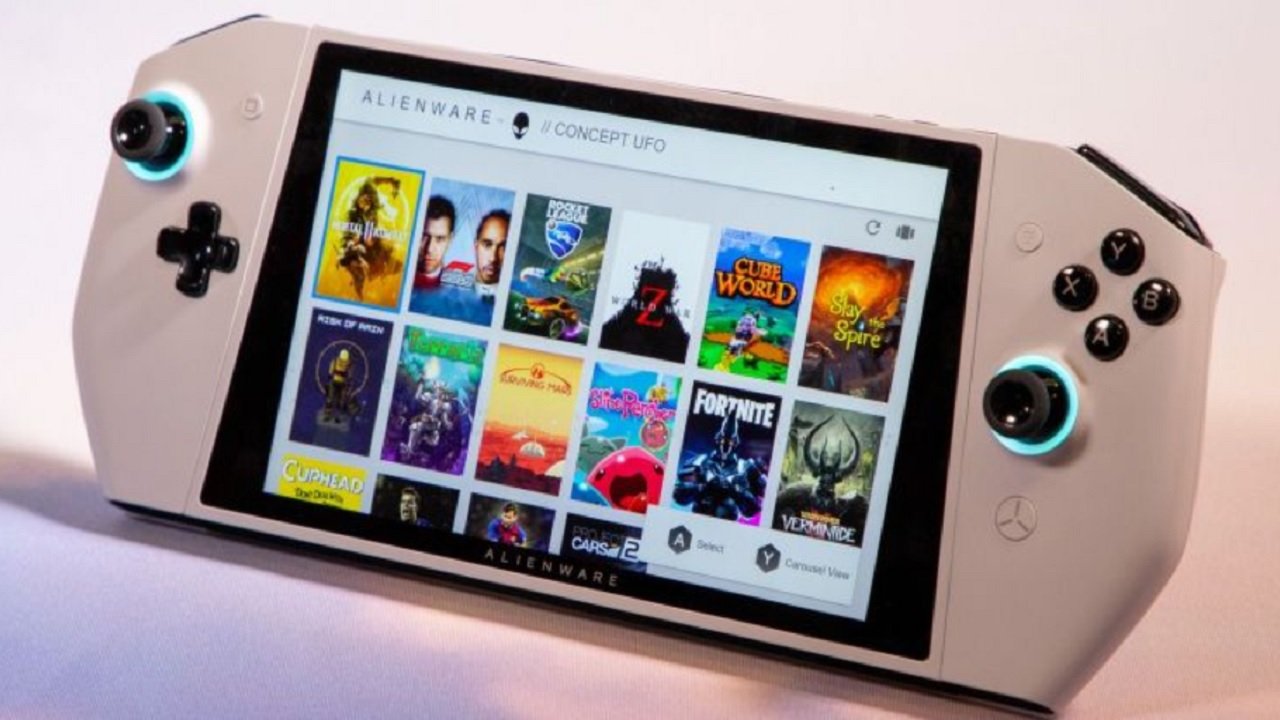 The Nintendo Switch innovated hybrid portable and console design with its ability to be taken on the go or attached to a TV for couch play with relative ease, so this far after the console’s release, it makes sense that someone would make an attempt to adapt that versatility into other technology. That very much seems to be the case of Alienware’s Concept UFO project being shown at CES 2020 - a portable PC game player very similar in function and fashion to that of the Nintendo Switch.

Alienware unveiled a glimpse of the Concept UFO platform on their Twitter feed on January 6, 2020. The device has the dressings of a Nintendo Switch, but operates Windows 10. Basically a portable gaming PC, the Concept UFO features a central tablet and two controller paddles that can be affixed to either end or removed like the Switch. The device can also be plugged into a dock attached to a TV or monitor to be used as a stationary PC. Even so, the device does have its own distinct characteristics. The screen is an 8-inch display and the tablet features a USB port and 3.5mm headset jack to name just a couple.

Though the comparisons will undoubtedly continue to be made, Dell Consumer Product Reviews Manager Ray Watkins believes that the Concept UFO will easily set itself apart from the Switch and even other tech company forays into portable PC gaming like the NVIDIA Shield.

“We feel we’re different from those other products,” Watkins said in a chat with Tom’s Guide. “They were primarily based off of tablet and mobile specifications. This is going to be a full PC, so that's where it's the first of its kind. It runs for Windows. It's a PC in a unique body style,”

We haven’t had a chance to hear what’s under the hood of the Concept UFO in terms of specs, but Alienware has promised to offer more details during Dell’s CES 2020 presentation on Tuesday, January 7, 2020 at 10AM PT / 1PM ET, so we’ll expect to hear more on Alienware’s interesting foray into portable PC gaming then.

Stay tuned for more on the Alienware Concept UFO and plenty of other news from CES 2020, such as Sony’s reveal of the PlayStation 5 logo.