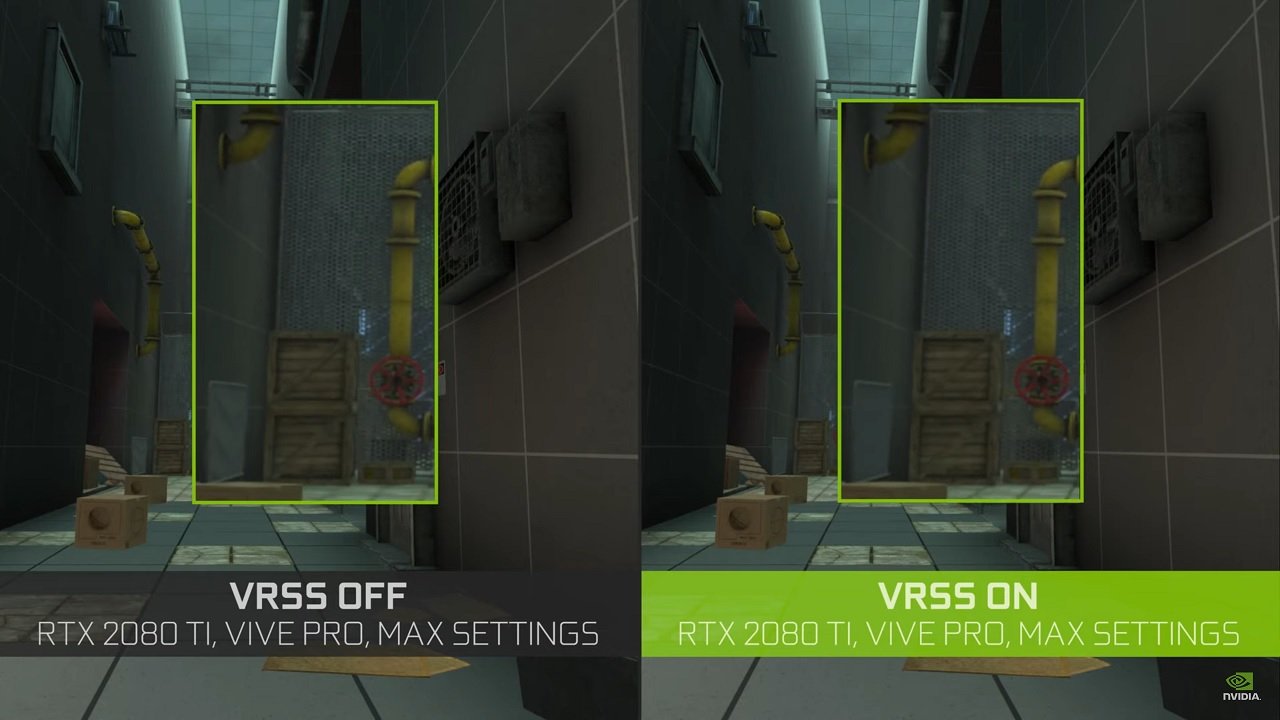 As NVIDIA rolls out its CES 2020 showcase of new visual goodies and technology, VR players aren’t being left out of the mix. In a new announcement for NVIDIA Game Ready Drivers, they revealed they would be implementing new Variable Rate Super Sampling (VRSS) tech to improve VR gaming experiences. What’s more, the new tech will be implemented immediately.

NVIDIA announced their plans with VRSS in VR gaming on January 6, 2020 during CES 2020 in an overall update post on Game Ready Drivers. Starting with the launch of new Game Ready Drivers on January 6, 2020, VRSS will be enabled for VR gaming. What Variable Rate Super Sampling is supposed to do is utilize NVIDIA’s other VR graphics technology, specifically Turing’s Variable Rate Shading (VRS), to actively improve image quality in the center of the image where the user will generally be looking. You can check out a comparison of HTC Vive Pro images both with VRSS enabled and disabled in the video below.

Ultimately, the way VRSS is supposed to work, according to NVIDIA is that it separates shading rate from resolution to create a better quality in certain, targeted parts of the image.

“one is able to increase/decrease the image quality in different regions of the frame,” NVIDIA wrote in their announcement. “VRSS uses fixed foveated super sampling where the image quality in the center mask region can be improved for VR games with a higher shading rate compared to the peripheral region in a frame, resulting in better image quality.”

As such, it would seem VRSS will be an integral new part of NVIDIA’s advancement in VR graphics technology going forward.

Don’t forget to check out our other CES 2020 news, including NVIDIA’s reveal of all-new 360Hz G-SYNC displays built for esports.