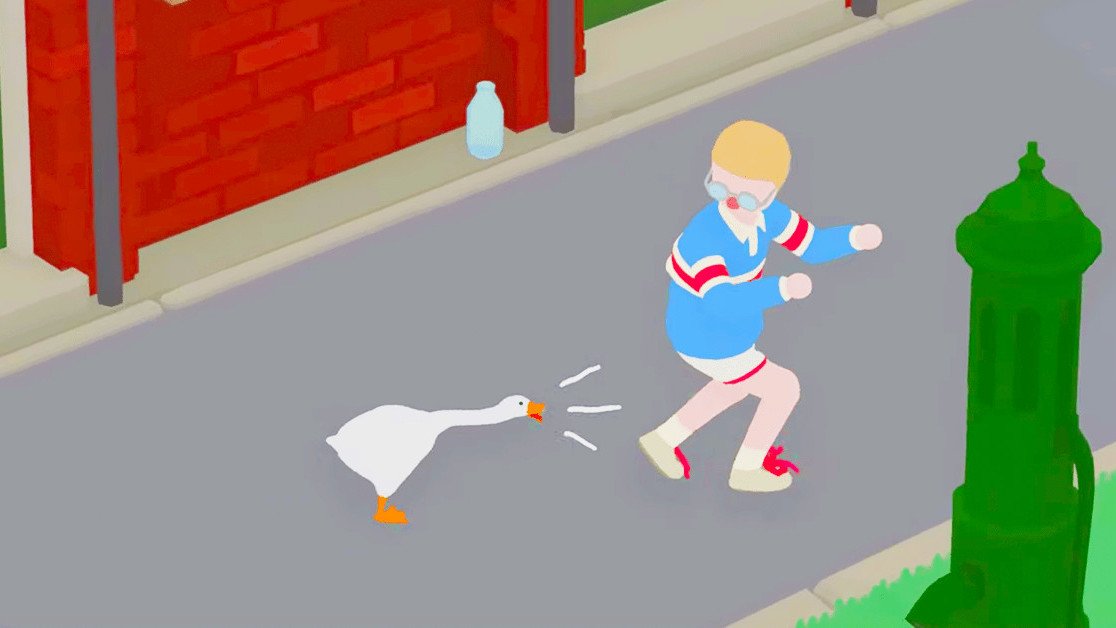 It looks like people can't get enough of Untitled Goose Game. But can you blame them? It's fun to be a jerk, and even more fun when you're a goose and a jerk.

That's probably why Untitled Goose Game topped over one million copies sold, which is a big milestone for a smaller indie game. And as such, it's been on the minds of many throughout the video game sphere.

"It seems impossible, but last week, three months after launch, Untitled Goose Game passed one million copies sold. From the bottom of our hearts: thank you for playing our video game," wrote Cabel Sasser of publisher Panic.

"The reaction was beyond anything we could have imagined. The fan art, the writing, yes the memes, protest signs, Chrissy Teigen, Muppets?! It feels once-in-a-lifetime," he continued. "We hope we brought some joy into your life, because you brought so much into ours. And we'll never forget it."

The goose game lets you wander around an idyllic countryside area terrorizing farmers, stealing stuff, and otherwise being a total nuisance. It may sound lame, but you really have to play it to understand why everyone's fallen in love with it.

From the bottom of our hearts: thank you for playing our videogame.

Our own Donovan Erskine explained why Untitled Goose Game works so well in his writeup for why it was our 2019 Indie Game of the Year.

"As light-hearted and silly as it appears on the surface, Untitled Goose Game is a stealth game through and through. You’re constantly forced to hide and take cover from the village people, crouch to sneak around, and use sound to manipulate NPC behavior. This segues into the excellent marriage of the stealth and puzzle elements at work," he wrote. No lies detected.

If you've yet to give this silly little game a try, you should absolutely do so. Plus, you'll only be helping it reach its goal of accomplishing