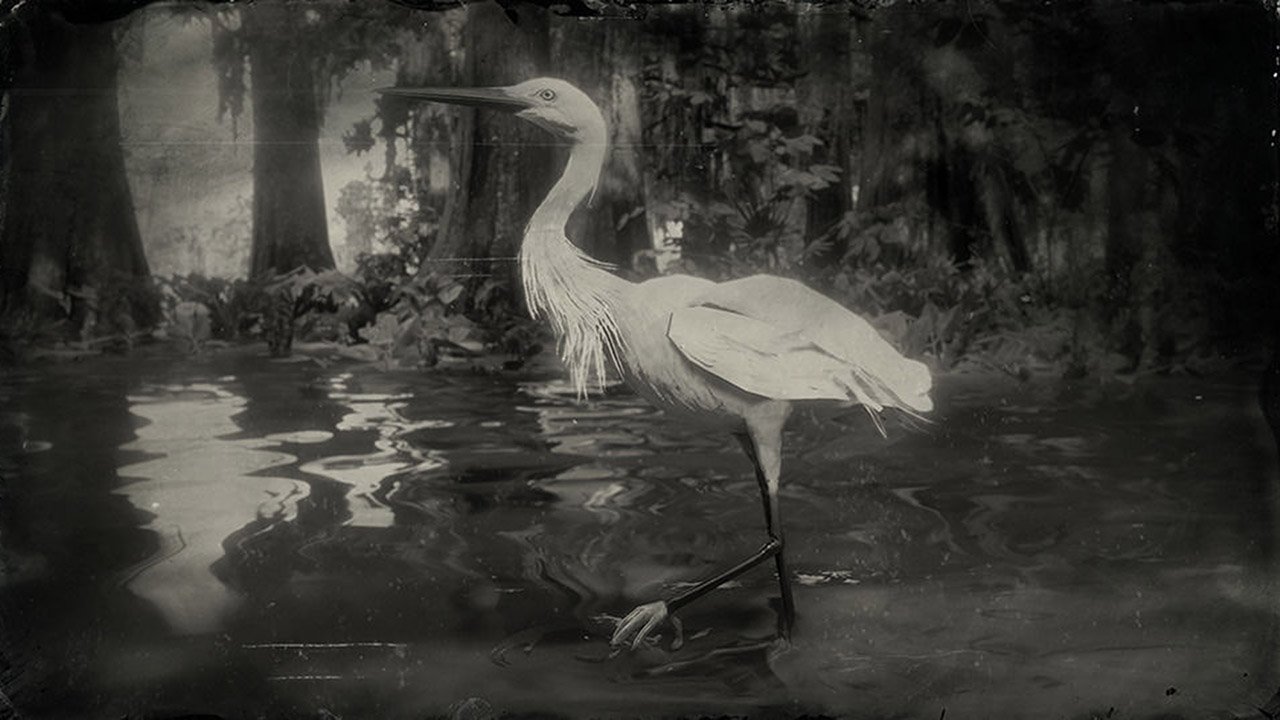 If you’re striving to hunt down every animal in Red Dead Redemption 2, or just looking to complete a daily challenge in Red Dead Online, then knowing the locations of each and every creature in Rockstar’s latest open world is going to be important. To help you out, we’ve put together this guide, which details several Egret locations, where you can find these crane-like birds.

If you’re looking to hunt down Egrets, then you’re going to find yourself with a few different possible types to look out for. These types include the Little Egret, Reddish Egret, and the Snowy Egret. They can each be found in the same general area, but it’s important to know the difference if you’re trying to hunt down each type of animal in the game.

Due to their look and size, Egrets can look very similar to other birds like the Spoonbill. Because of this, make sure you’re always checking the type of animal you’re aimed at before taking your shot, as you can scare away others in the area when shooting.

Now that you know where to find Egret locations, you can head back over to our Red Dead Redemption 2 guide for even more in-depth content.