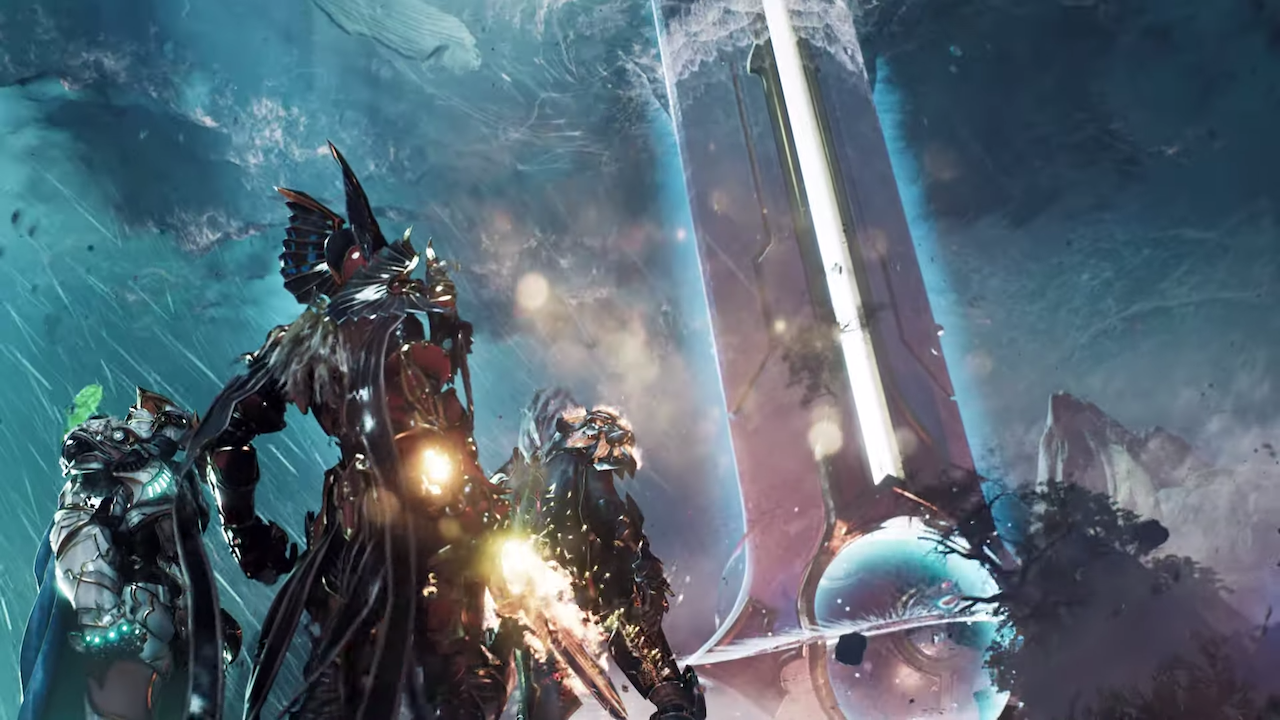 Counterplay Games and Gearbox Publishing debuted a new fantasy "looter-slasher" during The Game Awards 2019, and it looks quite promising, if that's your kind of game.

Godfall is one of the first upcoming PlayStation 5 games coming on the horizon in late 2020 and will be a console-exclusive for the new system. PC players will be able to play via the Epic Games Store. It's best described as a fantasy action RPG that will combine third-person melee combat that finds players hunting down legendary armor sets, fighting off enemies, and hoarding loot.

"We're thrilled at Gearbox to have been chosen by Counterplay Games to bring their creative vision of Godfall to gamers on the PlayStation 5 and PC” said Steve Gibson, President of Gearbox Publishing of the Godfall reveal.

"As we continue our mission to entertain the world, Godfall is a perfect fit with Gearbox Publishing. Playing with your friends and gearing up are some of the things we love most."

According to Keith Lee, creative director of Godfall and CEO of Counterplay Games, it's going to offer a "fresh take" on action RPGs by giving players "skill-based offensive gameplay" to work with, "making every hit matter."

"Namely, we want to feed into that yearning for the next best piece in your character build, so we plan to provide plenty of loot to players to ensure there’s meaningful impact to gameplay and playstyles."

There's currently no release date for Godfall just yet, but it's targeting a late 2020 PlayStation 5 debut.