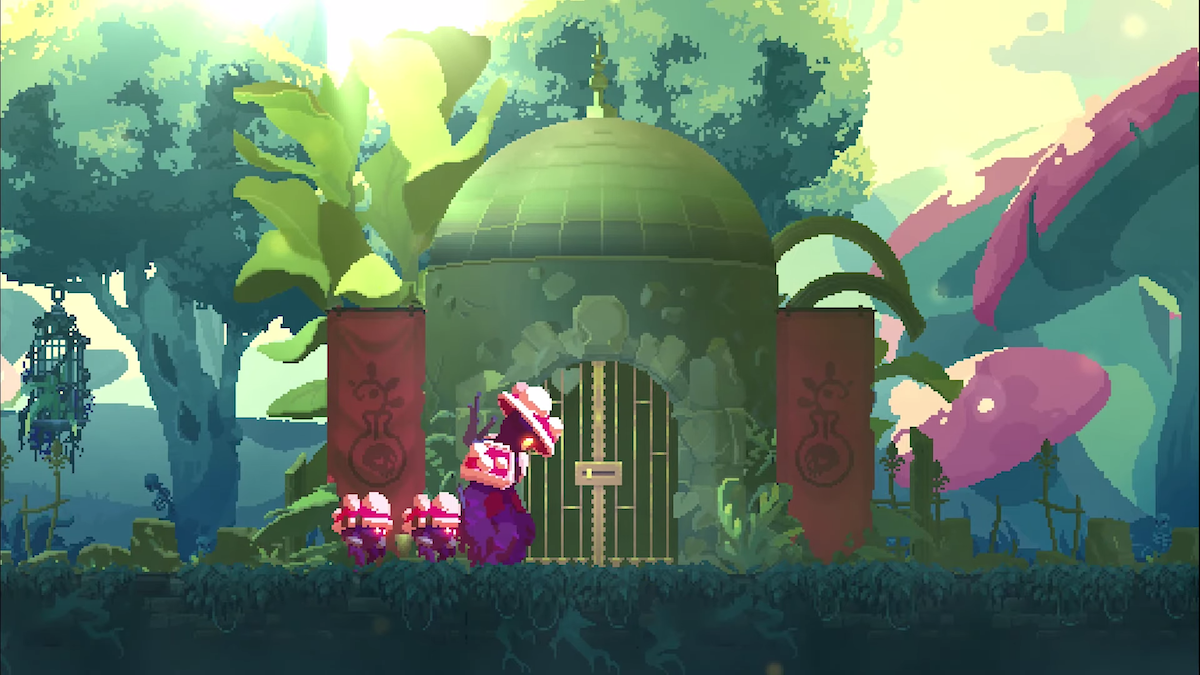 Can't wait to get your hands on Dead Cells?

We understand. Motion Twin's frenetic and challenging adventure Dead Cells tends to stick with you long after you stop playing. That's why the new content coming up with the game's The Bad Seed DLC looks especially exciting. The Bad Seed DLC will bring two new biomes to Dead Cells as well as a series of new monsters, weapons' and a creepy boss battle. All of this will come wrapped up with a $4.99 price tag.

You'll also get to make new path choices earlier in the game as you discover the new biomes that are influenced by said choices: The Swamp and The Arboretum. You'll be able to use the game's first double-slot weapon as you slash through this area, as well as get to know a loyal little mushroom friend.

And while this content is paid, this doesn't mean there will be no more free updates coming to Dead Cells, as there are still plenty of new things planned by way of balancing and systemic updates. Don't worry, it's not going anywhere anytime soon!

Our own Chris Jarrard reviewed Dead Cells and awarded it a 9 out of 10. Here's what he had to say:

"I’m not a big Metroidvania guy, but Dead Cells managed to conjure up the same feelings I had when I played Super Mario World, Portal, and Stalker: Shadow of Chernobyl. It isn’t perfect, but no game is. It evokes feelings that remind me why I fell in love with video games in the first place. It is the video game equivalent of getting your back scratched while you take a dump. I give Dead Cells my highest possible recommendation. 9/10 prison poop flush resurrections"

It's a ringing endorsement, of course. Let us know int the comments below if you're psyched to play through this new DLC drop next year.