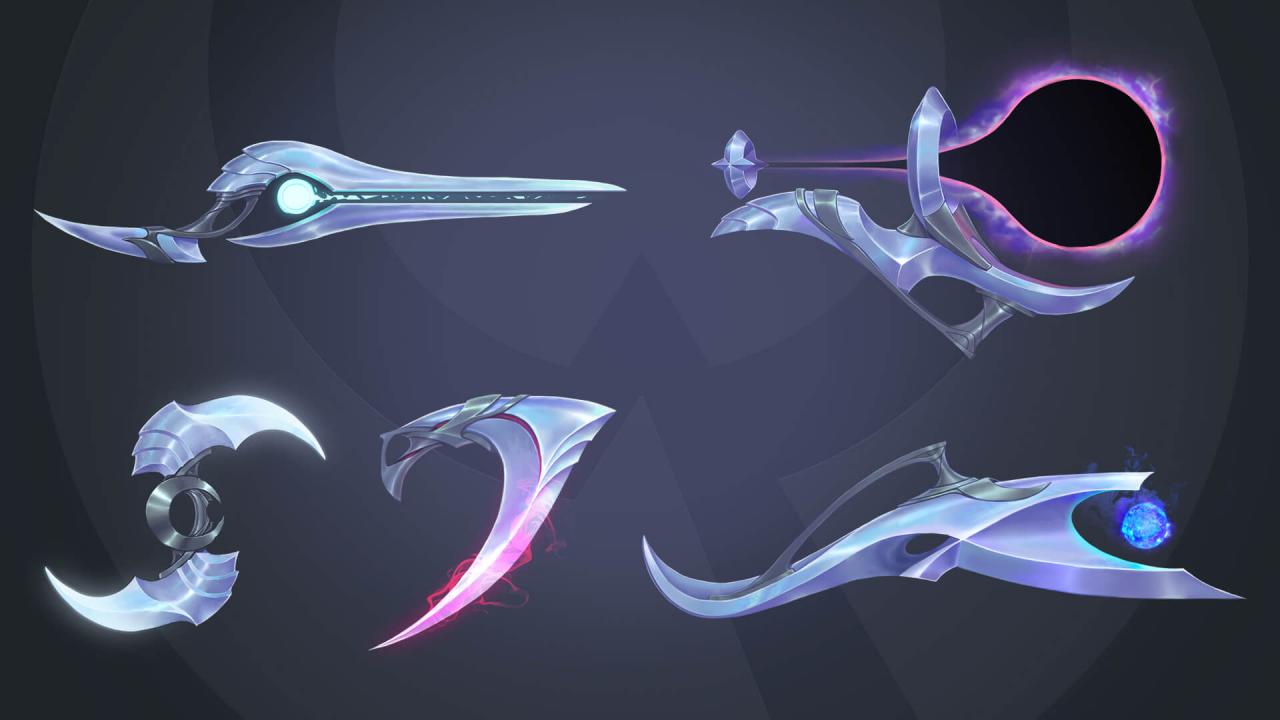 As we get into the new year and the preseason of League of Legends, Riot is already getting ready for their latest champion launch. Aphelios has been revealed, and his kit looks to be easily one of the most complicated set of abilities that have ever been attached to a LoL character, even in a roster of around 150 champions.

Aphelios was revealed on November 25, 2019 via the League of Legends website. We received a look at his kit and some insight into his design alongside a new trailer. A member of the Lunari faction, Aphelios is a mute assassin with access to a normal set of abilities, but also five (5!) different weapons that he cycles through. According to Riot, Aphelios has two weapons equipped at any time and by using up the ammo in either of the two, it goes to the back of the line to recharge in the five-weapon cycle. As such, instead of the normal QWER control set, Aphelios only has Q, W, and R abilities. This results in a very different control HUD, which can be seen below.

With the new kit, Aphelios has a very different control scheme. His main weapon is attached to a unique Q ability for that weapon and his off-hand weapon can be switched into the main slot with W. His R launches an area-of-effect (AOE) bomb after which he follows up with enhanced attacks from the weapon he has equipped in his main slot. The five weapons run the gamut in their style between poke and harass, healing and shields, crowd control, AOE/waveclear, and damage-per-second (DPS).

As Aphelios has so many abilities attached to three buttons, he doesn’t level up his abilities. Instead, they level up on their own at certain milestones and he instead puts skill points into stats like attack damage, attack speed, and magic/armor penetration. Essentially, we end up with a champ that has custom increasable stats and about 16 different ways to attack enemies (basic attacks, q skills, and ultimate enhanced attacks, plus the ultimate itself). You can check out Aphelios’ reveal trailer below for a little flavor on the ridiculously kitted champ.

It seems obvious that Aphelios is going to be a high-skill champion made for people who have the patience to learn how to properly cycle out and utilize each of his abilities competently. Our first glance of this character feels like we’re definitely going to see plenty of folks who favor one set of weapons over another and try to cycle to them as soon as possible, but the big-brained players and pros are probably going to learn and anticipate which part of the kit will be best in any given scenario.

And here we thought the marksman support Senna that launched with the True Damage skins was a weird concept.