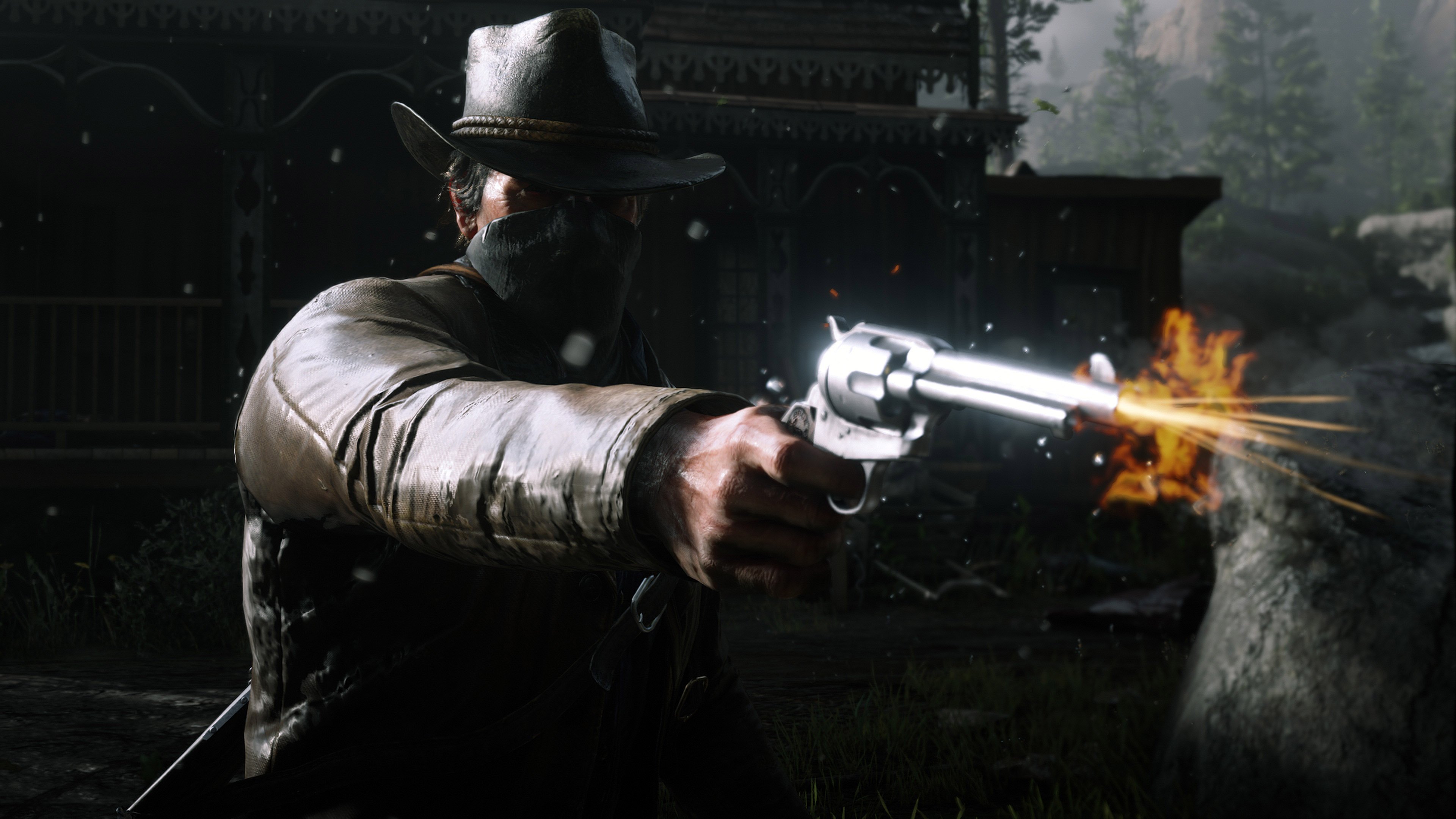 The challenges in Red Dead Redemption 2 range from so easy you finish them accidentally to so difficult you need three more years of school to stand a chance. The Sharpshooter 9 challenge that requires you to land three hat shots in the same Dead Eye falls under the latter. Seems simple at first glance, but it’s quite difficult to pull off until you level Dead Eye to a certain point. Thankfully, I’ve got a trick that will see you finish this at any point in your journey.

First, the problem. Even if you can paint three targets in Dead Eye, you can’t paint objects that aren’t part of a person’s body. If you try to finesse Dead Eye so that you clip only the hat of an NPC, it won’t let you do this. It requires that you adjust Dead Eye until you’re hitting them in the head, which will kill them, and that is a nonstarter for this challenge.

Once players reach Dead Eye level three, which happens in Chapter 4: Urban Pleasures, players can stay in Dead Eye after firing. This makes Sharpshooter 9 a breeze. Instead of painting the targets you manually shoot the top of the hat. This just isn’t possible until Chapter 4, and that’s dozens of hours into the game. Luckily, there’s an early-game solution.

Grab a shotgun. The Pump Action Shotgun is ideal because you need to fire three times without reloading the weapon. Once you have that, head to Valentine and walk down to the end of the main street close to where the stables are. Stand in the middle of the road between the General Store and Hotel, then look down the street towards the other end, back up where the Gunsmith is. Look for three NPCs wearing hats, keeping an eye on balconies as well. They should be far away. You want folks that are at about the same distance away from you as the Gunsmith. Enter Dead Eye and manually paint the face of three targets, then unload.

The idea here is that the Pump Action Shotgun will only kill at short distances. If you fire at targets a long way from your position, you’ll hit them with a pellet or two, but the spread will be so great they’ll likely survive. What won’t survive, though, is their hat. The force of the blast will knock their hat off. In fact, I did this and then surrendered. I did my time in jail, then went on my way.

Now that Sharpshooter 9 is done and you’ve managed to land three hat shots in the same Dead Eye, hit up our Red Dead Redemption 2 guide. We’ve been curating it for over a year, and it features more than 70 guides to help you on the path.