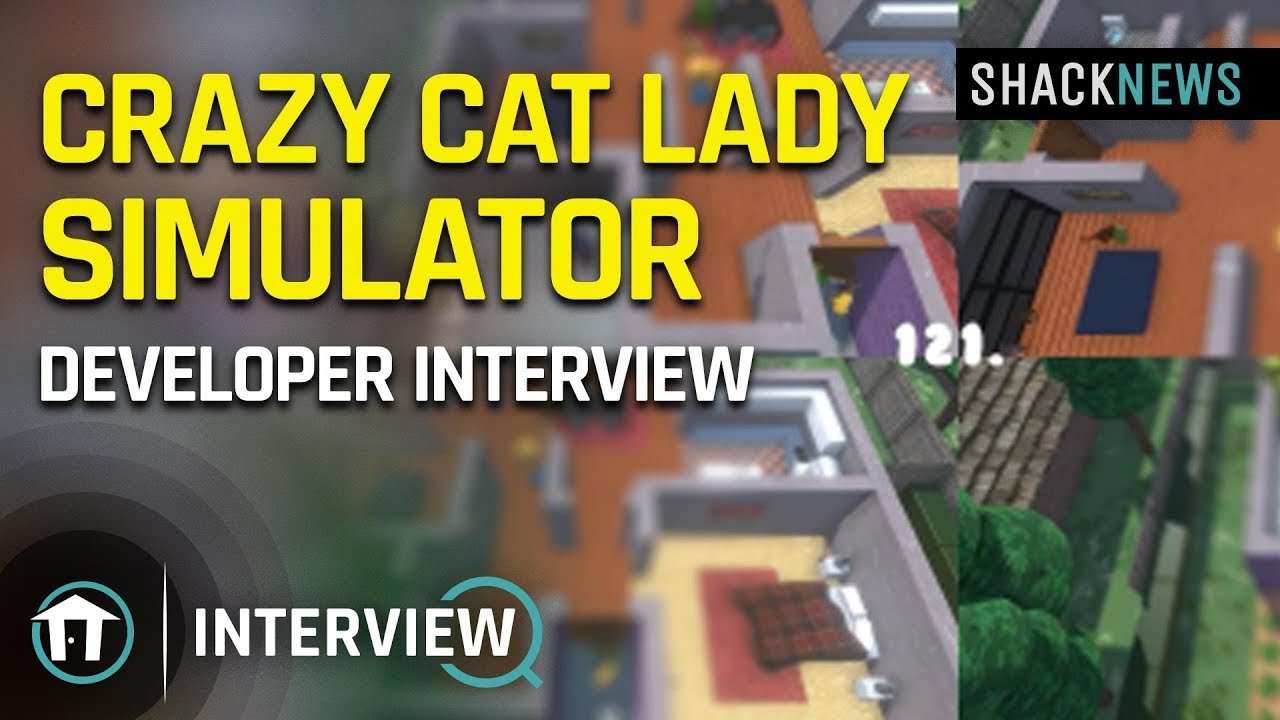 Cats are (for the most part and speaking for some of us, but not all) great! They’re wonderful little impish puffs of fur and claws that bring a spark of life into our homes. Now, too much of any good thing can become a burden, but once you’re past the point of no return, sometimes you just have to keep going. Such is the crux of collecting and caring for cats in Crazy Cat Lady Simulator, an upcoming indie game from the folks at Qubic Timeline Productions.

We caught up Qubic Timeline Productions CEO and Programmer Patrick Kelly and Writer Andrew Wilton to chat about the spirit behind Crazy Cat Simulator. What started as a fun demo to exploring how to apply genetic algorithms to the gaming space for a Game Jam turned out to be something that people enjoyed either conceptually or stylistically. As such, Qubic started to put serious thought into this game, including a sort of satirical life scenario and system that fleshed out their demo into a more involved game. Check out more details in the interview below.

The original goal of the foundation that would form Crazy Cat Simulator was to try to simulate real-world genetics as closely as possible in a time-passing environment. With that in mind, Crazy Cat Lady Simulator actually features a fairly intense amount of formulas for what cats you will see and how they derive traits from previous kitties as the game progresses and your house becomes full of the critters. It might be a little difficult to take note of as you frantically try to keep up with your sanity, but the game keeps track of these things and is an interesting look at how a simple idea became a full-on project.

Be sure to check out the full video above and keep an eye out for Crazy Cat Simulator on Steam and eventually mobile devices. Be sure to subscribe to the Shacknews and GamerHubTV YouTube channels for more exclusive interviews on this and other games as well.