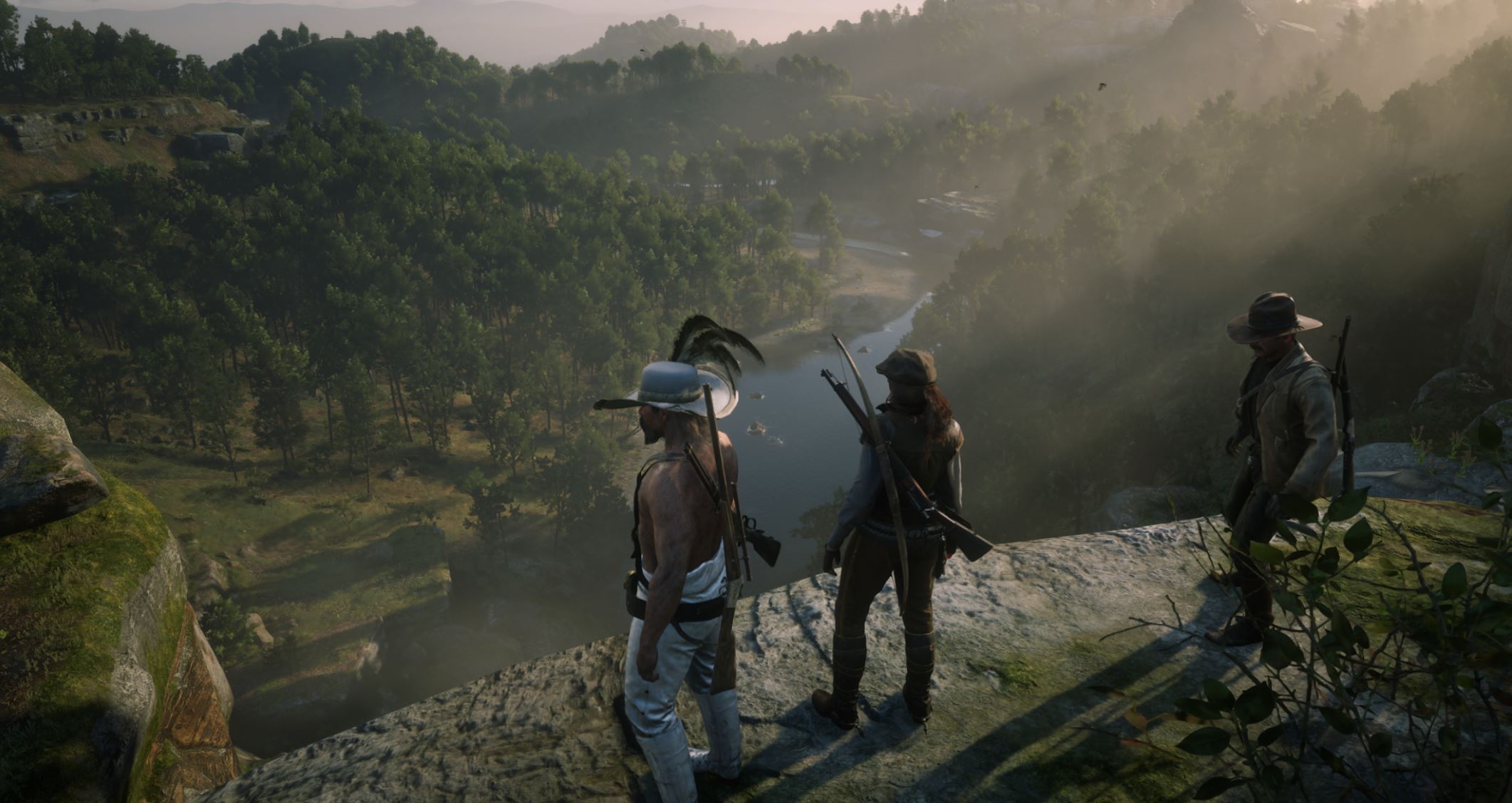 Red Dead Redemption 2 marks the first time the series has made an appearance on PC and arrives just over one year after the game originally launched on PS4 and Xbox One. The team at Rockstar took the additional development time to add in some new graphical effects, enhance existing effects, and add in support for mouse and keyboard users. For the most part, everything else about the original versions of the game remains unchanged.

I originally played the game on PS4 Pro back during the launch week and spent around 10 hours with the game before deciding that I would prefer to wait it out and pick up the eventual PC release. The PS4 Pro version of the game was very impressive at the time, representing the first game released by Rockstar that was designed explicitly for the current console generation. This allowed for a more detailed open world and an evolution in the quality of animation and lighting compared to what we saw in Grand Theft Auto 5.

The console versions of Red Dead Redemption 2 launched with a 30fps target frame rate, but the game sometimes failed to reach the mark, depending on what was going on in-game or which hardware platform was in use. For PS4 users, the smoothest experience could be had by forcing the PS4 Pro to run at 1080p instead of the upscaled 4K resolution it defaults to when connected to a compatible display. This 1080p performance mode offered a rock-solid 30fps output, though it did look much softer than the upscaled version. Overall, all three versions of the PS4 Red Dead Redemption 2 experience had a soft look, but it was more than acceptable. The Xbox One X version of the game was the clear standout, often running in native 4K resolution and avoiding the hazy presentation seen on the Sony consoles.

The PC version of Red Dead Redemption 2 arrives with a massive array of adjustable graphics options so that players can opt for maximum image quality at 30fps or make some compromises and aim for a 60fps (or higher) experience. While the initial online reaction to the Red Dead Redemption 2 PC port was that the game was severely unoptimized, the truth is that it offers a superior graphical experience to even the Xbox One X, even on modest hardware. Running the game on settings equivalent to the Xbox One X, PC players can generally expect to get a smooth 60fps at 1080p using sub-$200 GPUs like the Radeon RX 580 and Geforce GTX 1060.

For PC users with hardware power to spare, Red Dead Redemption 2 is capable of pushing beyond the current generation console limits and often delivers breathtaking results. The big graphical upgrades come in the form of lighting quality, volumetric quality, long shadows, and draw distance. The PC version of the game introduces real-time dynamic lighting from the moon and environmental emissive sources like lanterns when the High or Ultra Lighting Quality setting is used. This can provide an upgrade at night that could fairly be described as transformative. Similarly, the upgrade to volumetric quality leaves scenes full of mist, fog, or smoke looking like a pre-rendered cutscene or something we might see in the next console generation. Creeping through an evergreen forest during a full moon as fog rolls in might be the best-looking graphical presentation that any video game has ever offered. 60Hz (and beyond) is worth the price of admission, as the state-of-the-art animations in the game look better than ever.

The ability to push out high-quality object rendering farther into the distance is also a big advantage for the PC version of Red Dead Redemption 2. Players familiar with the game know all about the countless vistas and sprawling mountain views. On PC when the settings are cranked, the distant landscape is now littered with high-quality trees, bushes, grass, and fully-shaded structures. Aliasing and visual artifacts seen on the clouds in the console versions are able to be wiped away. Incoming storms become more mesmerizing when you combine the graphical upgrades with high resolutions and high framerates. This is the definitive way to experience Red Dead Redemption 2.

On the controls front, players can seamlessly swap between gamepads and mouse and keyboard. Quickly winning gunfights against enemies on horseback is very smooth, as lining up headshots with a mouse is much easier than using a gamepad. Auto-aim is still available for those who use pads and is recommended. The mouse and keyboard is still not a clear cut winner in the controls department due to how Red Dead Redemption 2 manages recoil. Players still have to wait on the aiming reticle to constrict to ensure accurate shots just like on consoles, so even if your aim is fast and accurate, the shots won't be until you wait out the recoil animation.

The launch of Red Dead Redemption 2 came with controversy not only due to the high hardware demands of its highest graphical settings but also because the game can be accurately described as “less than stable.” Many users have had serious trouble even getting the game to launch from Rockstar’s new launcher. Even when you get in the game, crashes are likely to pop up on certain hardware configurations. During my time with the game, it is not unusual for it to crash multiple times over the course of a couple of hours. Sometimes, I have to launch into the game three or four times because the online mode crashes after the initial loading period finishes. My posse mates have also experienced similar issues.

Rockstar support has acknowledged these issues and has issued a few patches since launch. One of the fixes is preventing players from entering the graphics settings menu until a cooldown period ends. Another fix promised to alleviate the infamous mouse cursor bug, but many users are still experiencing problems. The latest patch has seemingly broken HDR output on PC, though it was functioning properly on launch day and the subsequent week.

Overall, Red Dead Redemption 2 on PC delivers on providing the definitive showcase of Rockstar’s Rage engine this generation. If you have the hardware beef to spare, your eyes will be in for a treat. If you did not play the game on consoles, the PC version is an easy recommend. Those considering an upgrade to the PC version should be wary of the various tech issues but should be very happy with the increase in framerate and visual quality. I’ll see you good folks out on the golden plains.