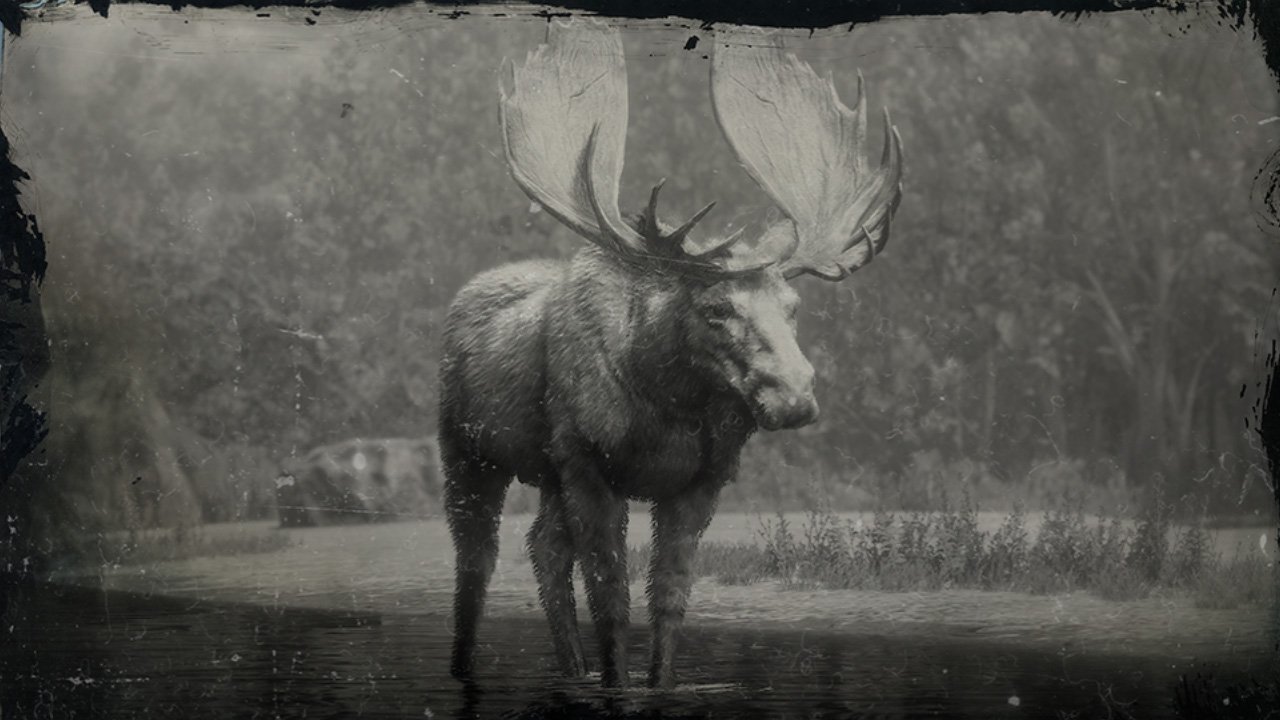 Given how rare they are, Moose locations are a hot topic in the Red Dead Redemption 2 world. Most folks know where they should spawn, but can often play dozens of hours without finding one, let alone a three-star Moose for crafting. In this guide, we’ll go over known Moose spawns, as well as some you may not have seen in the past. We’ll also cover how you can cause Moose to spawn in once you find their spawn point.

There are many more Moose locations in Red Dead Redemption 2 than people are aware of. Some of the most reliable spawns aren’t listed on most maps or in most guides. Today, I’m going to cover every spot I have ever seen a Moose, giving you a starting point to create your ideal Moose-seeking route.

Just south of Strawberry, almost on top of the Upper Montana River, south of Owanjila Dam, is one more potential Moose spawn. Be careful here, as Arthur is unable to freely cross the river for most of the game. This isn’t my favorite spawn, but maybe you’ll have more luck than I did.

Just west of Strawberry is a dam called Owanjila. This lake isn’t shown as a potential Moose location but it’s one of the most reliable ones I’ve found, although I hunt at this lake frequently so maybe my opinion is a tad subjective. Look for the Moose on the south or north shore, and often swimming across.

On the west shore of the Barrow Lagoon is the potential for a Moose spawn in Red Dead Redemption 2. This is also where players can find a cool encounter with a Grizzly Bear fighting off a pack of wolves, but there aren’t a lot of other reasons to be here. Maybe loot the abandoned cabin.

Cairn Lake can be the home of a Moose, but it’s also has a few story-related reasons to be there. If you’re headed up north to check for Moose spawns, it’s best to hit all three lakes, as all of them can feature the animal in question and, well, you’re already here. This is also one of the spots where players can attempt to force a Moose to spawn.

On the north shore of Cattail Pond is a potential Moose location. You want to look just on the west side of the river that runs into the lake from north to south. There’s a lot of traffic in this area, so expect that Moose to get spooked. Approach from the south if you’re checking this spot.

To date, I’ve seen one Moose in this area. It was a one-star bull and I let it walk because I didn’t realize I needed its antlers. Fudge. Anyway, my game shows it on the east side of the Dakota River up on the cliff, but I saw it a stone’s throw from Wallace Station on the west side, up on a cliff.

I’ve never seen a Moose at Caliban’s Seat, but the guide swears there’s one just southwest of there by the river. I’ve had friends confirm this location as well, but given how rare Moose are, I’ve had no luck. You should totally get the official strategy guide, too. It’s great. Just not for Moose spawns.

There’s a lake to the southeast of Calumet Ravine which can feature a Moose. I’ve seen one personally on at least two occasions. Be careful of spooking this one, as shooting it in the water is a sure bet to see it sink without being able to skin it. The Warped Brindle Arabian horse is also near here.

As you move East from Donner Falls along the road, look up the hill to see a Moose that can spawn out of bounds. Yes, it’s out of bounds from the player. If you see it, shoot near it to spook it down the hill, then kill it in a spot where you can actually skin the stupid thing. This seems to be a fairly reliable spawn for me, which is a shame given the circumstances.

Remember this one for later when you have no luck, but a Moose can spawn on the east side of the lake at O’Creagh’s Run, just south of the cabin. There’s a small clearing with gravel, and that’s the exact spot. Create a manual save here and load in repeatedly to maybe get lucky. You should spawn on the opposite side of the lake with a good view of the spawn point.

Just northwest of Annesburg, along the Kamassa River, is a potential Moose spawn. I’ve seen them around here personally and have heard good things from others. Head north along the river as you head up to Brandywine Drop, which is another location you’ll be checking. Beware of predators in this area.

This is the location of the Legendary Moose, but once that’s taken care of a Moose can spawn by the falls. I have seen one, but lately I’ve checked this spot numerous times with no luck. I make it part of a larger loop on my great Moose hunts, then head back down to Saint Denis for some gambling.

On the west side of the Aurora Basin is a potential Moose spawn, although this can only be accessed as part of the end game. During most of the story, Arthur cannot head into these parts, which is why I’ve left it to the end of this guide. There's also a Legendary Rock Bass up here, so the trip isn't a total waste if the Moose doesn't spawn.

Here’s another end-game Moose location in Red Dead Redemption 2. East of the Aurora Basin one can find a Moose spawn. Again, though, Arthur cannot access this part of the map through much of the story, so players should focus on more northern spawn points. Watch out for Grizzly Bears around here.

Just east of the Lower Montana River you can find a Moose, smack in the middle of Tall Trees once again. This spot is not accessible to Arthur through much of the story, so focus on anything north of the Upper Montana River in your search, at least until you can travel here. If you do bag a Moose, there's a Trapper location nearby, so that's handy.

How to force a Moose spawn

To be brutally honest, you could check every location I’ve listed and never see a Moose. You could check them all three times and never see one. I’ve routed the entire map and spent days on the path without seeing one. Therefore, it’s essential to know how to spawn them.

Before you can somewhat reliably spawn a Moose in, you must first know where their precise spawn is. I can’t help you with all the locations listed above, but I can help you with several. Save your game before trying any of the following locations:

Herbivores that can spawn in that area will. You might get a Moose, but you might also get horses. If this is the case, load the manual save you made before placing the bait, head back to the same spot, and try it again. I would put the success rate of this method at about 20 percent, which isn’t good, but given how long you’ve been searching, it’s infinitely faster than your previous method of hoping to see a Moose.

Since most of the Moose locations I’ve listed above are my own from experience and not listed on guides and maps, I might be missing a few. If you happen to spot a Moose out and about that I’ve missed, let me know in the comments. You can also brush up on your hunting techniques with the Red Dead Redemption 2 guide we have going, featuring more than 60 articles.