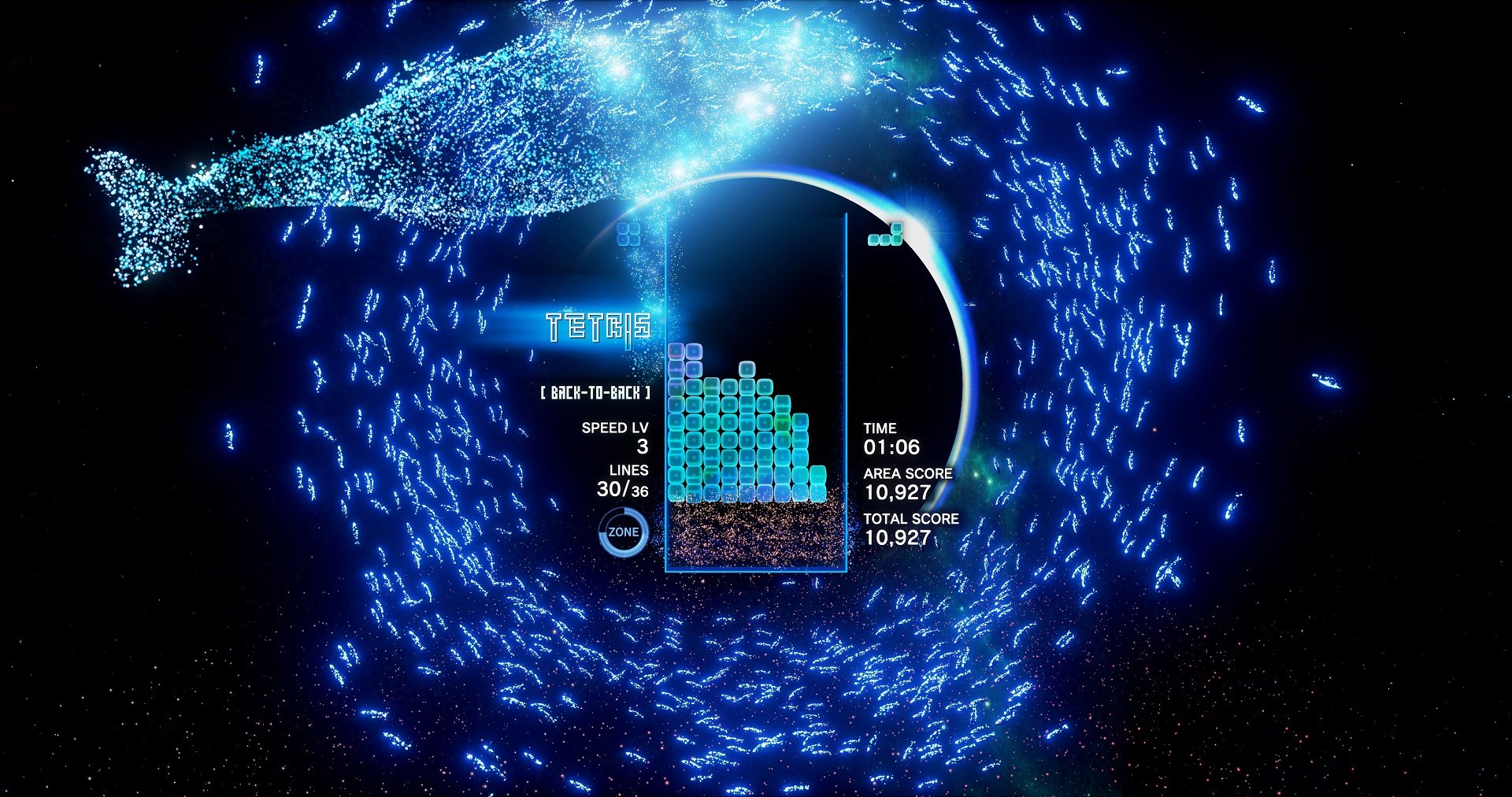 A full year has passed since Tetris Effect released on PlayStation 4. Since its released, it's captivated Tetris fans of all stripes, from casual fans to hardcore virtual reality enthusiasts. That's partly because of its amazing soundtrack. If you've ever wanted to collect that soundtract to add to your own music collection, there's some good news. To celebrate Tetris Effect's one-year anniversary, Enhance is partnering up with Limited Run Games to officially release the Tetris Effect soundtrack both digitally and on vinyl.

For vinyl lovers, the Tetris Effect soundtrack will come in a complete five-disc collection and feature all 40 of the game's tracks. There's also an abbreviated 2LP version containing 17 tracks. The former will run for $99.99, while the latter goes for $34.99. Both collections will come with a download code for the full 40-song digital Tetris Effect soundtrack. If you only want the digital soundtrack, that's set to release before Q1 2020 on the Enhance Games Bandcamp page, which will go up soon.

If you've missed out on the Tetris Effect phenomenon to this point, it's still available digitally on PS4 and the Epic Games Store. Those who have wanted physical copies of the PS4 version may have found themselves out of luck in recent months, but Limited Run Games is here to save the day again. The company will re-issue the physical version of Tetris Effect on PS4 for a second printing. That's set to release on the Limited Run Games website on November 22.

The PS4 version of Tetris Effect is also getting a patch today to help coincide with the big anniversary. This is only for PS4, though PC players should probably expect this in the future. Here are the changes for Tetris Effect Patch 1.09:

Lastly, PS4 owners can pick up a special PS4 Dynamic Theme based on Tetris Effect's final level, Metamorphosis. PS4 users in America and Japan can pick that theme up for free from the PlayStation Store.

The vinyl soundtrack for Tetris Effect will be available for pre-order on November 22 from the Limited Run Games website. The soundtrack is expected to arrive early next year.