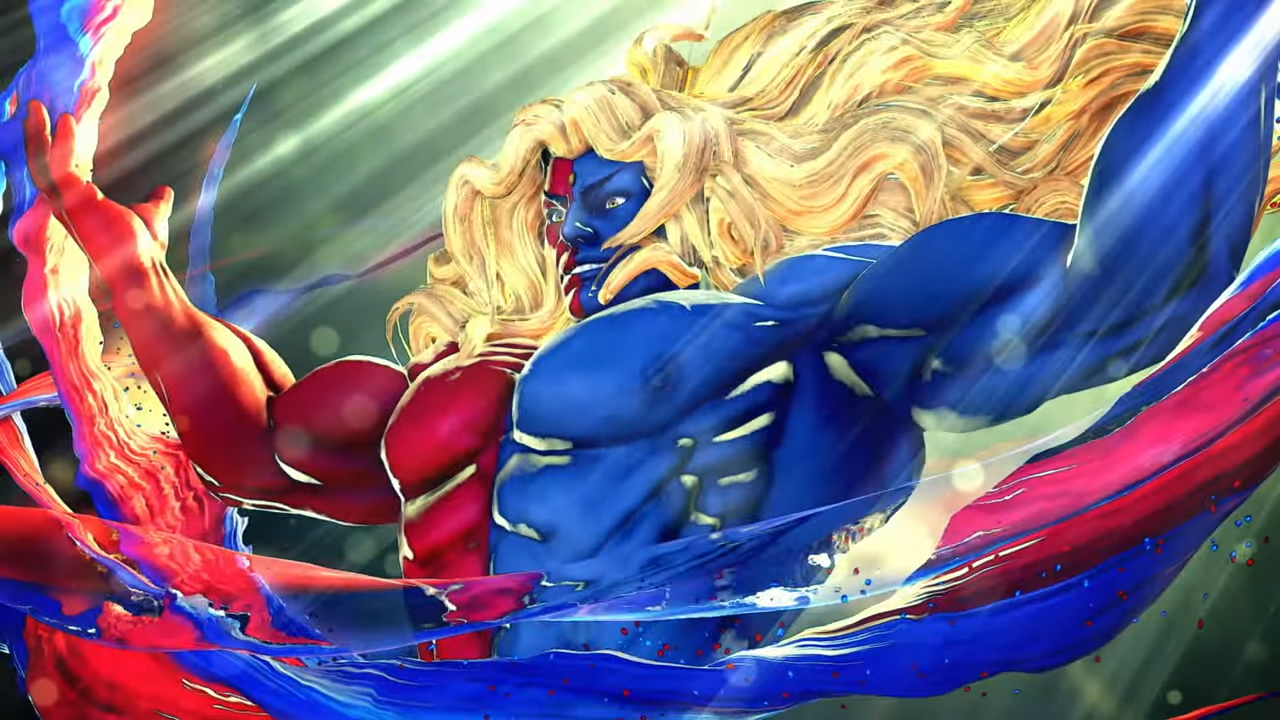 Street Fighter V players have a lot to be excited about, as do players who have been thinking about jumping into Capcom's current-gen fighter. Capcom is looking to release Street Fighter V: Champion Edition in February, but the announcements didn't stop there. A familiar face is set to return to Street Fighter V, one who's sure to jog the memories of the Street Fighter III generation. The final boss of that series has returned, as Gill is set to join the roster as Street Fighter V's next DLC character.

Gill's V-Skill 1 is Divine Comet, which fires off an elemental projectile. They'll either be left on fire, siphoning their grey life, or left frozen, with their stun gauge stuck in place. This also sets up for some harder-hitting moves from Gill, which can cause a hard knockdown or able to launch his foes farther. V-Skill 2 (yes, there's a V-Skill 2 now!) is Blocking, which allows Gill to either parry more effectively or deflect projectiles.

V-Trigger I is Primal Fire, which amplifies Gill's fire-based arsenal. He's also given Burn Storm and Flame Javelin, the latter of which can be seen in the trailer spiking opponents and setting them up for combos. V-Trigger II is Ice of Doom. This gives Gill greater ice-based abilities, including two new moves. Tree of Frost gives Gill ice spikes that come out of his hands and hit multiple times, while Freeze Lance leaves a trap on the ground that freezes opponents on contact.

This all sets up Gill's Critical Art, which is Seraphic Wings, which engulfs opponents in light and utterly devastates them.

There's a lot to like about Gill and Street Fighter V players won't have to wait too long to pick him up. Gill is set to arrive sometime in December a la carte for $5.99 or 100,000 Fight Money, but he'll also be available as part of the full Street Fighter V: Champion Edition package. Check out Capcom-Unity for more information and don't forget that Street Fighter V: Arcade Edition is free to play on Steam for another week.