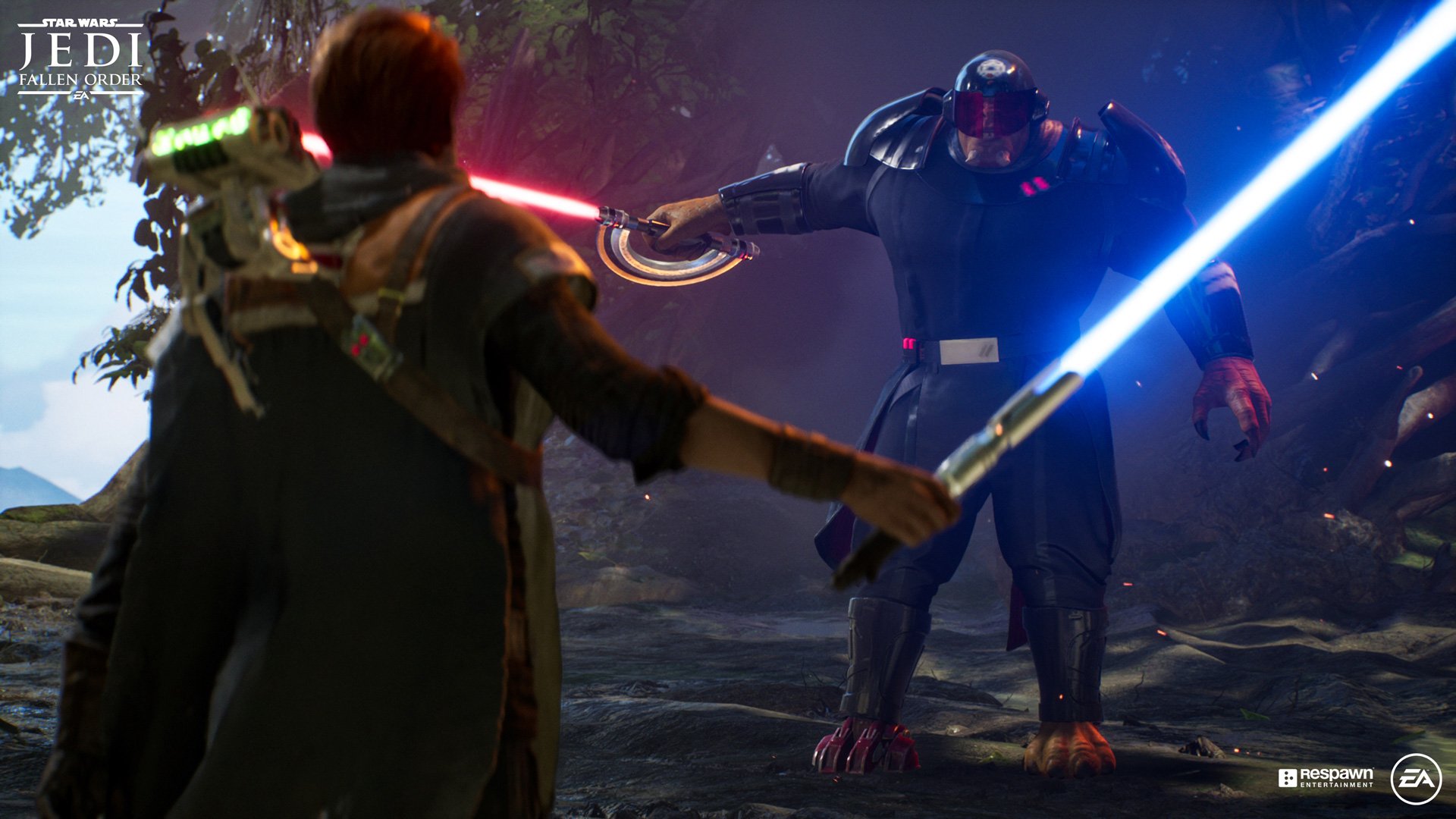 Stim canisters are the way you heal yourself in Star Wars Jedi: Fallen Order. At the start of the game, you only have two, which can prove to be challenging as the enemies get tougher. Thankfully, there are several stim canister locations hidden around the worlds, increasing the number of times you can heal yourself.

Each stim canister is locked away in a golden chest. These chests are often hidden in hard to reach locations that may require some late-game Force abilities.

This stim canister is found on Bogano in the Subterranean Refuge. From the landing pad, go left and jump across to the far left area. Move along this area and drop down a hole in the middle of a funnel-like structure. The golden chest will be on your left.

Another stim canister is found directly below the landing zone on Bogano. This stim canister is locked behind a physics puzzle where you must get the ball into the socket. You will need, at minimum, the Force Push ability. You must push the ball toward the left side with the chest and then push it along the ramp toward the socket. This might take a while.

To find this stim canister, head to Zeffo and follow the main path to where you first encounter the Skazz rats. Locate the cave on the right-hand side, go in and then immediately turn left. Follow this path around to the golden chest.

One of the last stim canisters can be found on Zeffo, in the Venator Wreckage. This is only available after acquiring the double-jump ability on Kashyyyk as part of the main story. Return to the Crash Site on Zeffo and head through the Venator Wreckage. This is a big dungeon-like area. At the end, there will be three chests with cosmetics and you will exit out onto a high cliff. Turn left and jump down the cliff to the chest to find the stim canister.

Now that you’ve unlocked all the stim canisters, you should have no trouble with some of Star Wars Jedi: Fallen Order’s tougher boss fights. Keep in mind, you can always increase Cal’s health and healing capabilities by unlocking some of his other abilities!