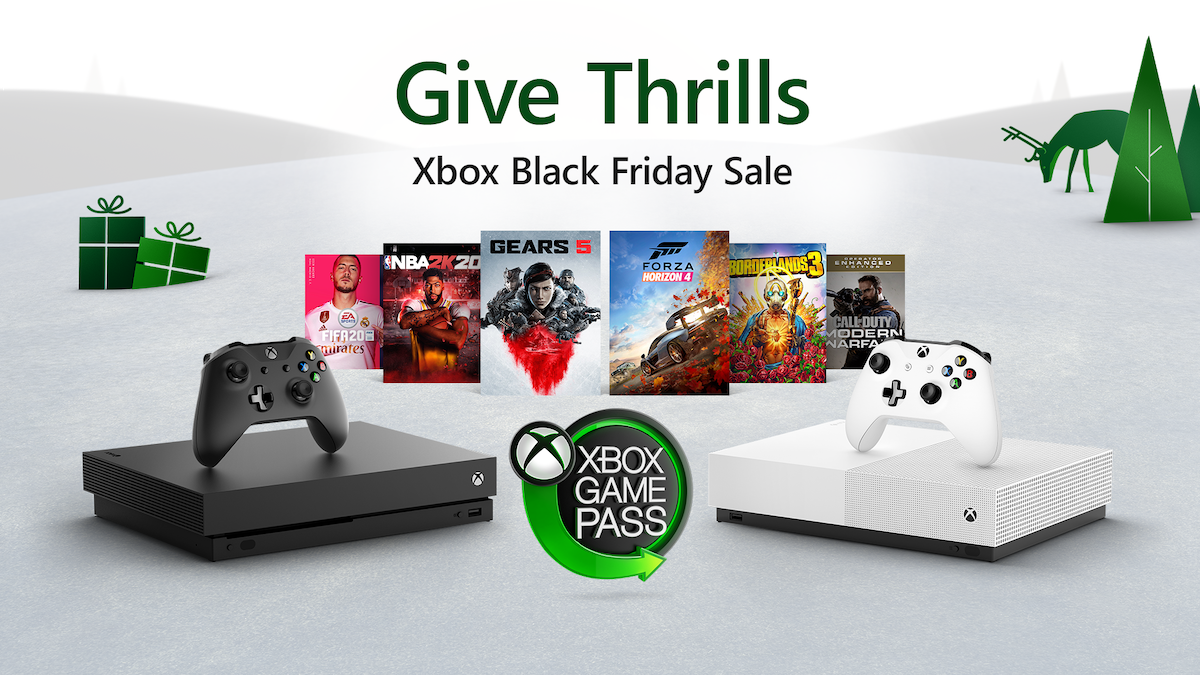 The holidays are about to roll around once more, and you may find yourself looking for the perfect gift to give your loved ones.

During Microsoft's X019 conference, the team ran down some of its best discounts for the season, including $150 off Xbox One systems, three months of Xbox Game Pass Ultimate for $1 apiece, and 50% off Xbox Game Studios titles. Starting November 24 and running through December 2, you can snag any Xbox One X for just $349.99. You can opt from several different bundles to get the discount with as well.

Further, Microsoft is taking $100 off any Xbox One S system, including the Xbox One S All-Digital edition, which would be just $149.99. The systems come with Fortnite, Sea of Thieves, and Minecraft pre-installed. There are accessories on sale as well: you can snag $20 off select Xbox Wireless Controllers, including the Kait Diaz Gears 5 Limited Edition style, Night Ops Camo Special Edition, and Sport Blue Special Edition from November 24 through December 2 as well.

You can also opt for Xbox Game Pass at just $1 for your first three months, with eligible Xbox Game Pass Ultimate members in certain markets also getting a month of EA Access, 3 months of Discord Nitro, and 6 months of Spotify Premium as a membership bonus. Alternatively, games that you can simply purchase will be on sale, with up to 50% off on certain titles.

Are you going to be taking advantage of these holiday-worthy deals this season? Be sure to let us know in the comments below.